Captain Vincent Liberto served as a sergeant in the U.S. Marine Corps and was a graduate of Brother Martin High School. He leaves behind a wife and seven kids. 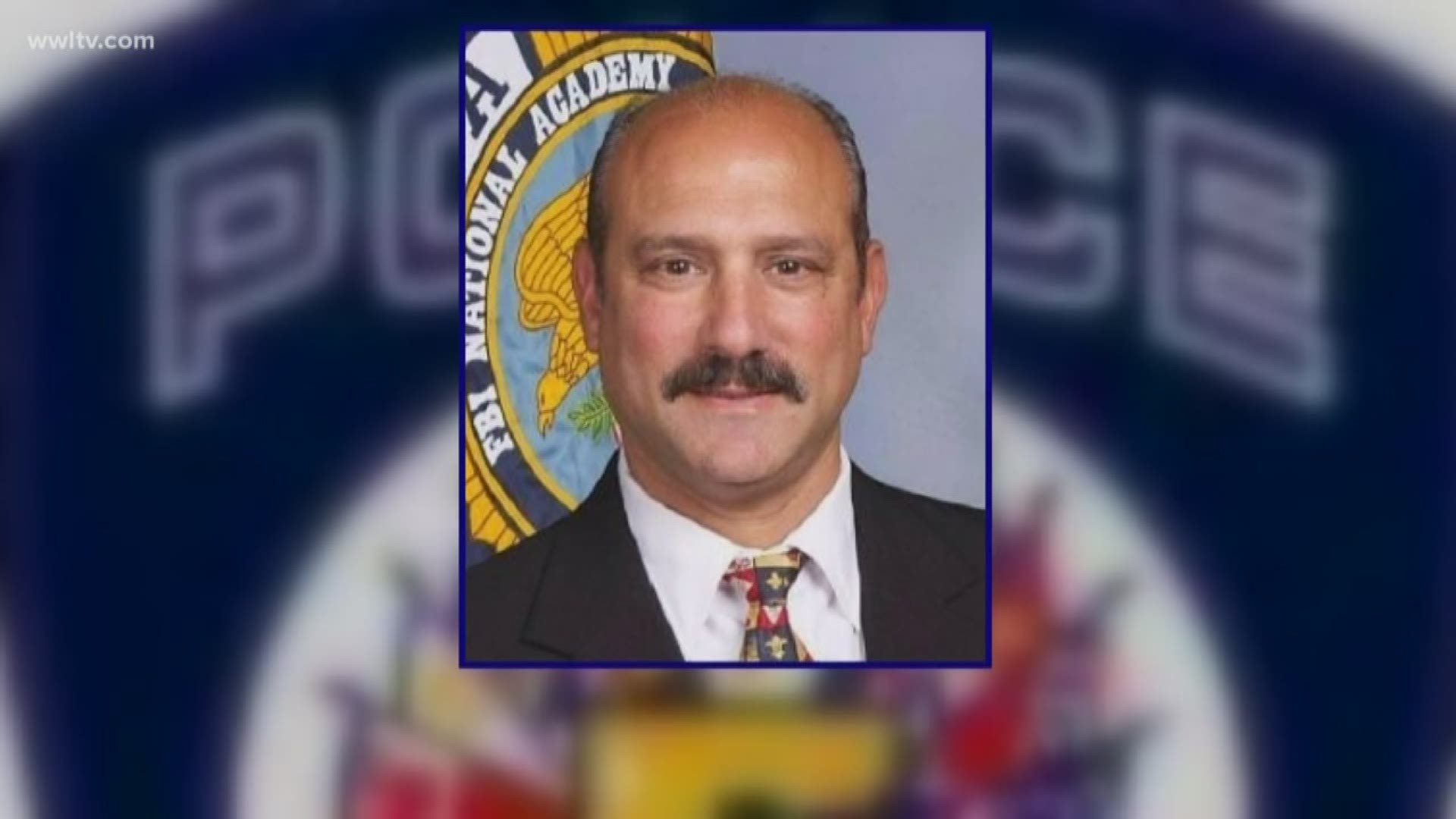 NEW ORLEANS — Captain Vincent "Vinny" Liberto Jr. was coming up on his 26th year with the Mandeville Police Department when he was shot and killed during a high-speed chase Friday afternoon.

He's the first Mandeville police officer killed in the line of duty in 61 years. According to law enforcement officials, he and another officer pursued a vehicle that refused to pull over around 2 p.m. Friday. The chase ended in a 3-vehicle crash, in which the suspects then got up and shot at the officers before fleeing.

Liberto, 58, died on the scene. The other officer received graze wounds from the gunfire and was rushed to the hospital, where he was released the same day.

Back up arrived and two people believed to be suspects were taken into custody Friday. Early Saturday morning, State Police said that 21-year-old Mark Spicer of Covington was identified as the suspect in the fatal shooting. He faced multiple counts, including first-degree murder of a police officer and attempted first-degree murder of a police officer.

The department identified Liberto as their fallen officer Friday night.

"Captain Liberto was a highly decorated and respected law enforcement officer, known across the entire country," a press release said.

He leaves behind a wife and seven children. Several of those children are current law enforcement officers and military members, the release said.

Besides his decorated career with the department, Liberto also served as a sergeant in the U.S. Marine Corps and was a graduate of Brother Martin High School.

He joined MPD in 1994 after more than 10 years in the USMC and another five years as a deputy with the Orleans Parish Sheriff's Office. Once in Mandeville, his positions spanned from detective to lieutenant and more. He was promoted to captain in April of this year.

He also supervised the Criminal Investigations Division and was a polygraph examiner. His awards included being named Officer of the Year. He was also a graduate of the FBI National Academy.

Louisiana State Police are now heading the investigation into his death.

More information on a memorial service for Liberto will be available next week, officials said.

No further information was immediately available.

See the full press release from the Mandeville Police Department below:

"It is with great sadness that we announce the passing of Mandeville Police Captain, Vincent “Vinny” Liberto Jr.

Captain Liberto leaves behind a loving wife and seven children. Several of his children are active law enforcement officers and military. Captain Liberto was 58 years old.

As mentioned earlier, any information in relation to the actual incident, resulting in Captain Liberto’s death, will be disseminated by the Louisiana State Police. There will be more information released about Captain Liberto, the man he was, and his services, at some point next week.

Thank you all for your respect, sympathy, and understanding today’s incident. It will be a rough couple of weeks for the entire law enforcement community in the New Orleans Metro Area, especially the Mandeville Police Department."

► Stay in the know with Southeast Louisiana's top stories to start your workday. Sign up for the 4 Things to Know email newsletter to get headlines delivered to your inbox. Click here to sign up!