A year after their salsa business was licensed, they've won awards, and their product is sold in stores all over Texas. A portion of each sale goes to the International Rhino Foundation, a nonprofit vetted through the Houston Zoo that aims to stop illegal rhino poaching. 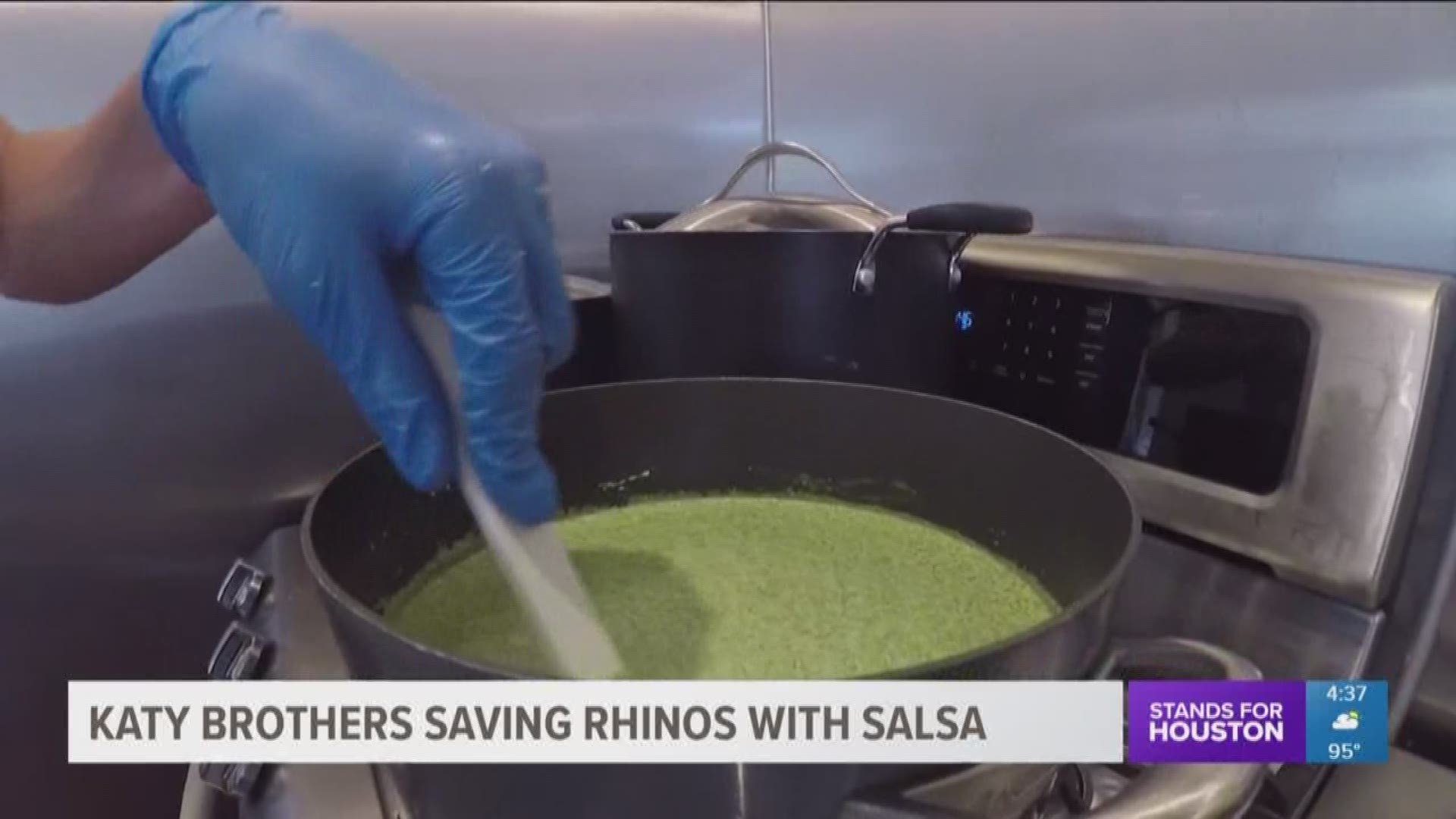 KATY, Texas - Three Katy brothers and their mom are helping save rhinos through salsa.

In the heart of Old Town Katy, inside the kitchen behind the Cottage Charm at the Romack House, it’s all about salsa for some of Katy’s youngest entrepreneurs: 15-year-old Ayden Johannson, his 13-year-old brother, Luke, and their brother, George, who turned 11 Thursday.

Thursday afternoon, the Johannson brothers were helping their mom, Traci, make the latest batch of their Diablo Verde Salsa.

“It’s really rich and creamy and is also bursting with flavor,” Ayden said.

A year after their salsa business was licensed, they’ve won awards, and their product -- available in mild, medium, and hot -- is sold in stores all over Texas.

A portion of each sale goes to the International Rhino Foundation, a nonprofit vetted through the Houston Zoo that aims to stop illegal rhino poaching.

“I just liked rhinos,” Luke said. “I wanted to learn more about them, and I found out that they’re dying.”

“He came out of the womb just like with a football in his hand,” Traci Johannson said. “He is one of those kids that just likes to (hit). Maybe him and a rhino used to be, like, at one with each other. I don’t know.”

Traci says Luke for five years asked for birthday donations to the International Rhino Foundation instead of gifts.

“I thought at that time we needed to do more instead of just begging people for money, so I said, ‘Luke, why don’t we start selling mom’s sauce?’” she said.

That sauce, which Traci Johannson had cooked for her own family and given as gifts for years, was a hot seller. Ayden and George joined in, and 3 Sons Foods was born.

“You visualize it,” Traci Johannson said when asked how the family made the transition to creating their own business. “You visualize it happening, and then God brings people into your life that will just help you.”

“It’s really hard to balance out school work and a business,” Ayden said.

“Teaching your kids work ethic is important, and I’m happy they’re learning those things,” she said. “But at the same time as a mother, you worry, ‘Is this too much stress for the kids?’”

Still, even if making green salsa doesn’t become a career, her sons already have gotten a taste for the value of hard work and the pride of leaving their mark on their community.