METRO officials say this technology could be used in office parks, neighborhoods, and the Texas Medical Center. 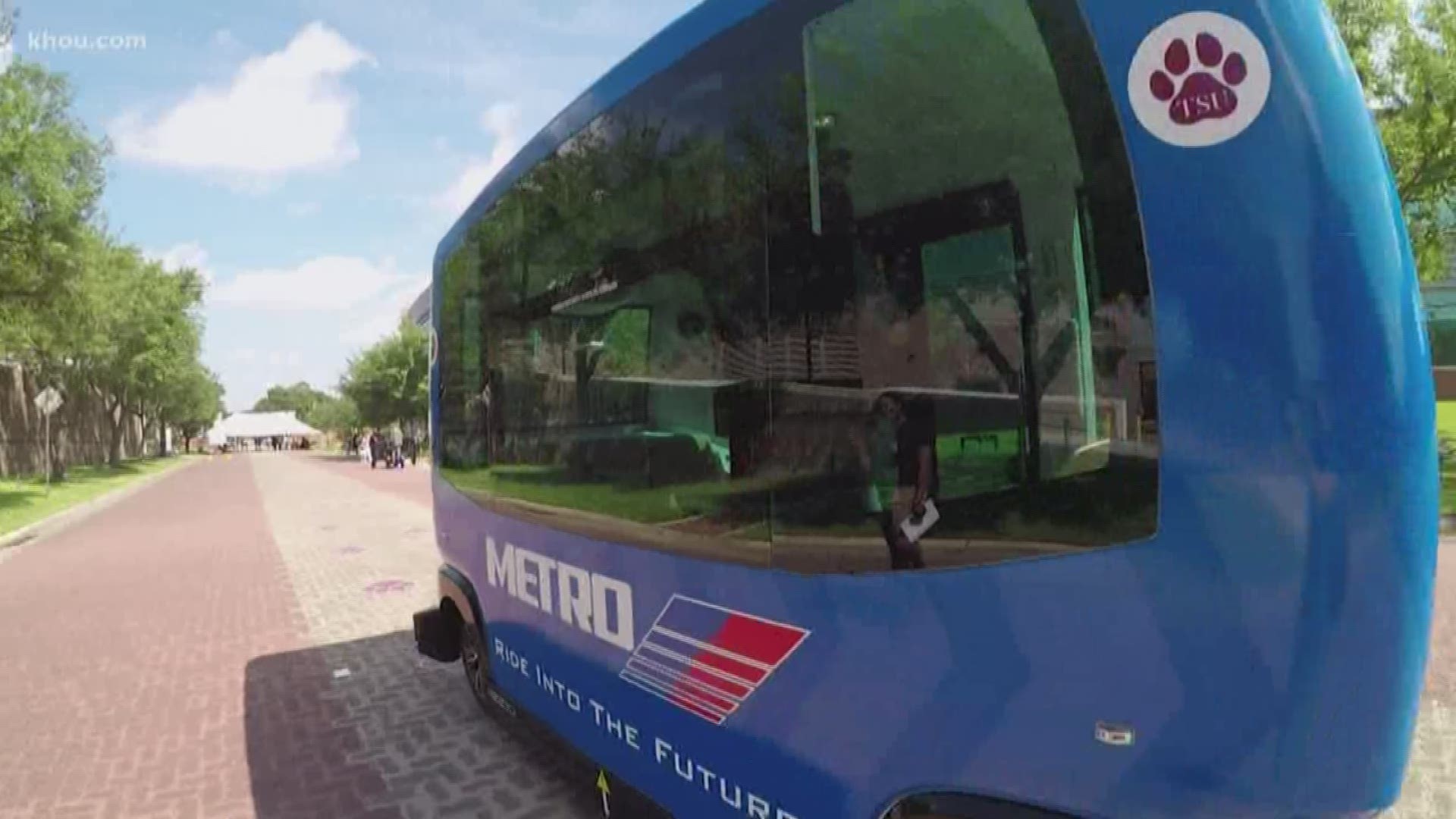 The future of transportation has arrived in Houston.

The first autonomous, driverless van is carrying passengers on the Tiger Walk at Texas Southern University.

“It will not travel 25 mph on the Tiger Walk, because this is a heavy pedestrian environment. It’s been programmed to average eight miles per hour,” said Kimberly Williams, chief innovation officer for Houston METRO.

METRO and TSU are partnering for the pilot program.

The autonomous shuttle will run its route during the week for the next six months.

However, METRO officials say this technology could be used in office parks, neighborhoods, and the medical center.

“I think what this is beneficial for is smaller distance, getting people to transit and getting people from transit to their final destination,” said Carrin Patman, chairman of the METRO Board.

Although there’s no driver or steering wheel on the vehicle, there is an operator on board.

METRO says there probably always will be.