House Bill 1927 would remove requirements for Texans to obtain a license to carry handguns if they’re not barred from possessing them by state or federal law. 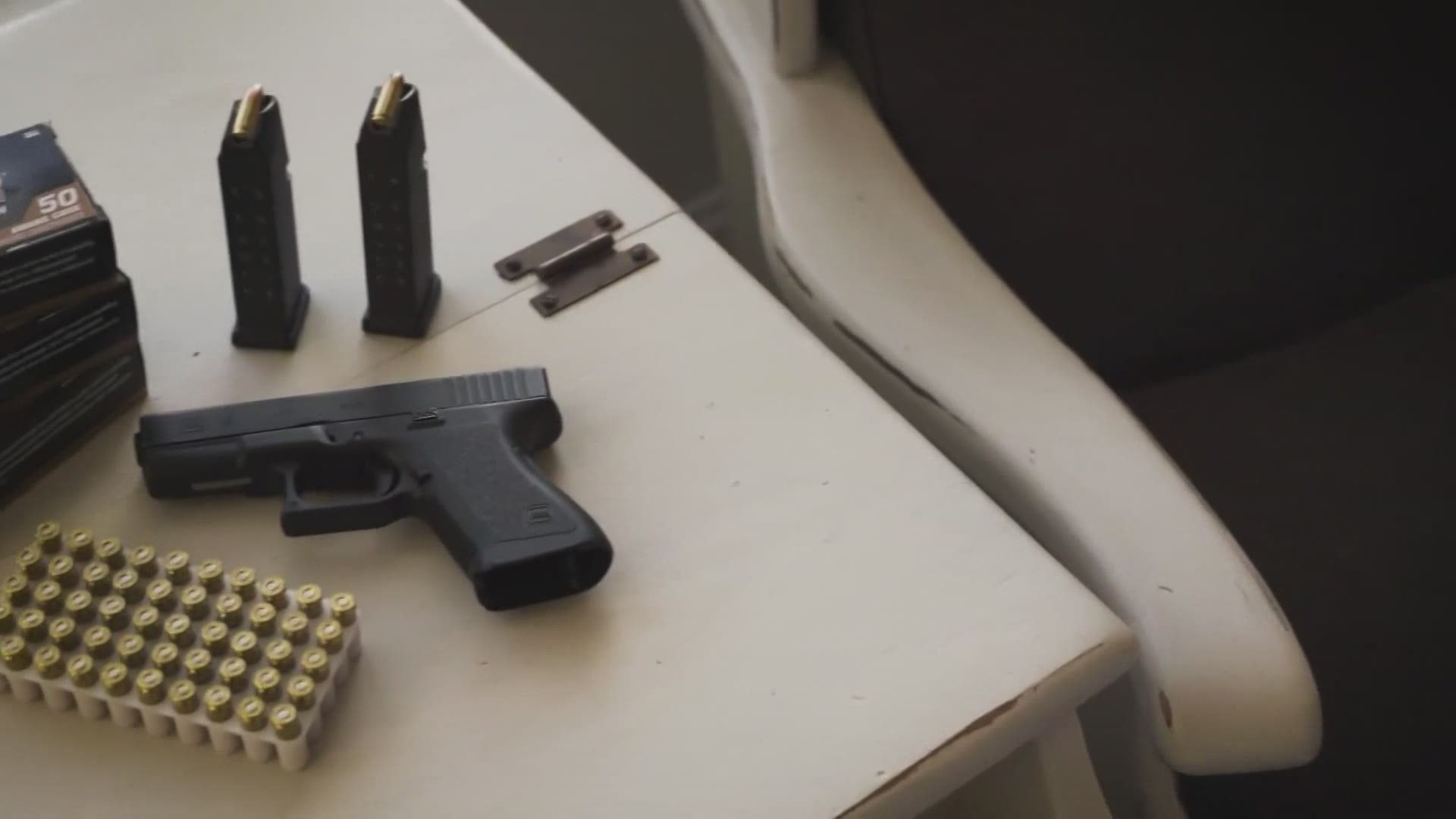 DALLAS, Texas — The words "constitutional carry" have likely landed in conversations among thousands of Texans this week, after a bill aiming to remove permit requirements for open or conceal handgun carrying got the thumbs up in the Texas House of Representatives Thursday.

House Bill 1927 would remove requirements for Texans who are 21 and older to obtain a license to carry handguns if they’re not barred from possessing them by state or federal law.

Current law requires Texans to have a License to Carry; you have to take a training class, pass a written exam and shooting test and submit fingerprints.

Lawmakers gave the bill an approving 84-56 vote after several hours of heated discussion on the topic.

The bill now heads to the Texas Senate, which is keen to fast-track any conservative favored bills.

House Bill 1927 is being brought forth by Rep. Matt Schaefer (R-Tyler).

He's made arguments that forcing Texans to get a License to Carry is a waste of time and money -- something some Texans don't always have.

“This bill should be called common-sense carry,” said Schaefer.

Schaefer even painted a picture of his argument, describing a hypothetical situation with two women.

He offered fellow lawmakers to imagine one woman, who had time and resources to obtain a license to carry, and another who did not. He continued, adding that if they went for walks in different neighborhoods, one might not feel safe or ready to protect their family.

Emotional opposition came from Rep. Joe Moody (D-El Paso), who represents an area that saw 23 killed in a mass shooting at a Walmart in 2019.

"Members, I'm so tired of doing nothing. I'm so tired of catering to a very small number of very loud people whose thinking about guns is wrapped up in unfounded fears and bizarre conspiracy theories," Moody said. "I'm so tired of the gun being worshipped like some golden calf and hearing all about rights, but nothing about responsibilities."

Many License to Carry instructors have spoken against the bill as well.

Johnny Price of Big Iron Handgun License Training isn't sold. He's been teaching courses since 2008 and has licensed thousands of gun owners across Texas wishing to either conceal or open carry.

WFAA Reporter Matt Howerton has attended several of Price's classes over the years on various stories.

Price charges $100 for the course, a fairly reasonable number—some in the D-FW area that WFAA looked into charge as low as $85.

"I mean the license for four years alone is $40, not including the course," Price said. "That's pretty cheap."

Price's courses, both on the range and in the classroom, take about 6 hours to complete. He said the training is needed, adding that most of his students are first-time gun owners and don't understand how to use their weapons.

"We teach them about their firearm, so they understand how to handle it and the proper way to handle it, so they don't get hurt or hurt someone by accident," said Price.

But Price also teaches students to use their handguns as a last resort and the consequences of pointing a gun at someone or pulling the trigger.

Either action can end in criminal charges if not justified.

"We don't teach people to go for their pistol first," he said.

Under HB 1927, handguns are still be prohibited inside certain places, including:

Price educates students on where they can and can't carry in his course.

But if license requirements are done away with, he said gun owners won't be required to learn.

"That dad who's got a new gun and feels like he can do anything then walks into a school with a firearm on him, that's a felony," Price said. "You don't know the ramifications until something happens, and then you have to live with that for the rest of your life."