Paramedics have seen over a 300% increase in opioid-related calls over the past three years. 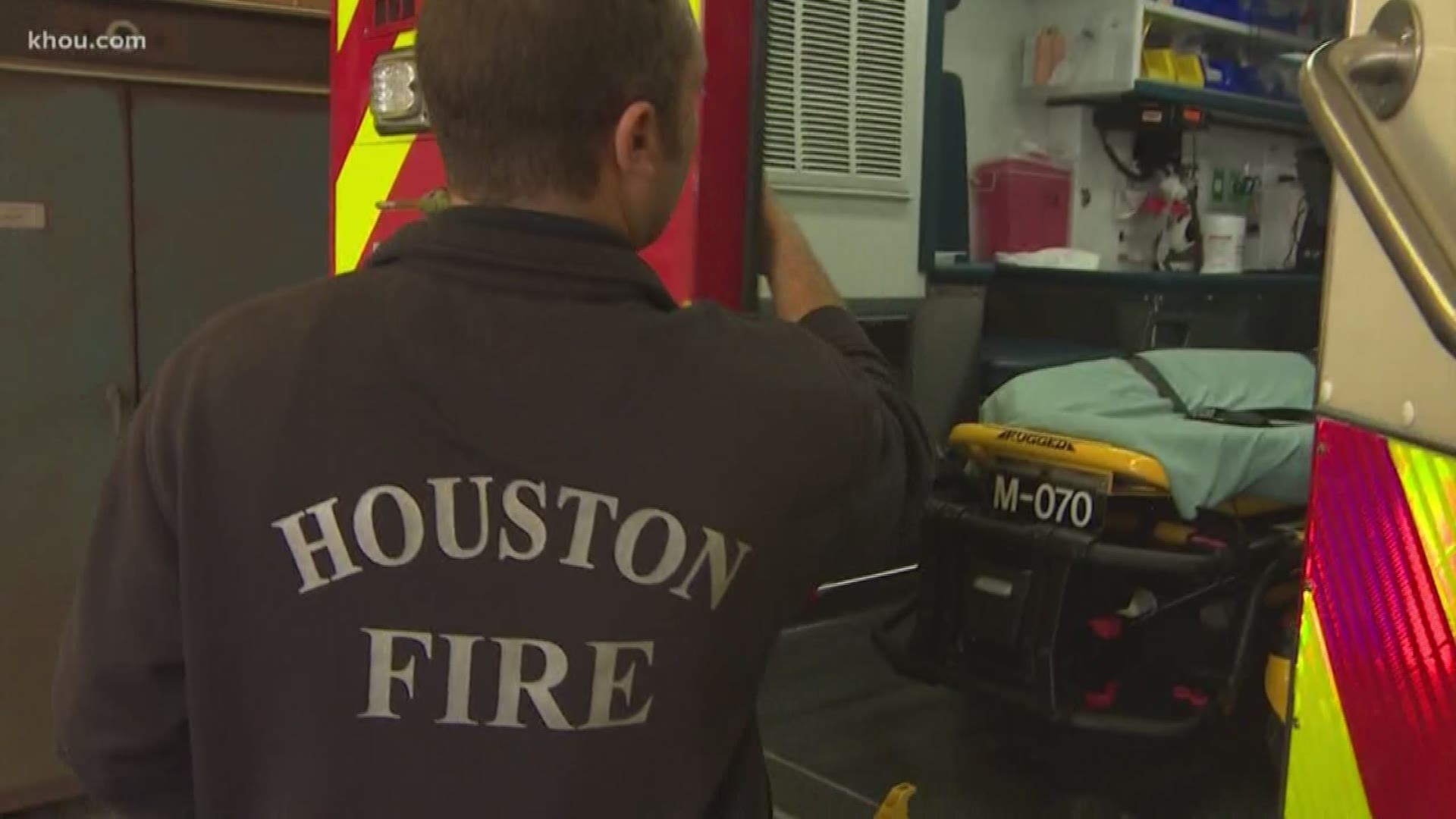 For 15 years, Kelly Kemp turned to heroin to escape from reality. The mother of two used it as a security blanket. At times, she felt it was her only friend.

Her addiction started with pain pills that she took after dental work. When that prescription ran out, she turned to buying them on the streets. But that got too expensive, so she turned to heroin, a cheaper option.

Like thousands of others lost in the opioid epidemic, it nearly killed her.

Kemp, 48, still remembers the day she overdosed. It was like any other of being an addict: Shoot heroin, spend time with her significant other. Only on that day, she overdosed. One of her children found her and called 911. Kemp’s significant other revived her with Narcan, a nasal spray that reverses the effects of an overdose caused by opioids. The near-death experience served as a stark wake-up call.

“I could not believe what had just happened. I mean, I had a lot of shame. I put both my kids through hell, but my youngest son said, ‘She's not my mother. I hate her,’” Kemp said. “I feel I’ve been doing this his whole life; that’s all he’s seen of me. And it just consumed me.”

Credit: KHOU
Kelly Kemp said her life was in shambles when she was hooked on heroin.

In a recent interview, Kemp held up a picture of her mugshot from an arrest in November 2016. Her dirty blonde hair fell to her shoulders, her sunken cheeks supported her hazel eyes that stared blankly ahead. She fought off tears as she looked at the photo and recalled one of the hardest times of her life.

Kemp’s story isn’t uncommon in Houston. Someone in the city dies from an opioid overdose every 32 hours. Houston firefighters and police officers report responding to between 50-100 overdose emergencies a month.

Paramedic Andrew Kincannon with the Houston Fire Department sees the effects of the opioid epidemic firsthand every day.

“More people are dying from opiates than car wrecks now,” Kincannon said. “It says we have a big problem.”

KHOU 11 Investigates reviewed the Houston Fire Department’s call logs since 2017, when the department started tracking heroin and opioids separate from other drug calls.

Last year, HFD responded to 800 calls, a 323 percent increase in the past three years. At least one in every four of those calls is fatal.

Credit: KHOU
The Houston Fire Department has seen a 323% increase in calls for opioids in the past three years.

When it comes to an overdose, every second counts. Kincannon said the first six minutes are crucial.

“It’s crucial to get (Narcan) on board to block those opiate receptors, get your breathing rate returned to normal so that you’re not brain dead for the rest of your life,” Kincannon said.

The City of Houston received a $2 million grant in August 2019 to equip all HFD vehicles with Narcan and provide training to first responders in spotting drug overdoses and how to administer the drug.

In addition to responding to overdose calls, Kincannon is also working to end the crisis. He works with the Houston Emergency Opioid Engagement System, known as HEROES, a program that offers patients medical treatment to minimize withdrawal symptoms, behavioral counseling, peer coaching and support groups.

The program includes a team of 15 trained coaches and first responders who go door to door to reach out to people revived with Narcan and let them know there is help available. HEROES Program Director Dr. James Langabeer at University of Texas Health came up with the idea two years ago.

“You cannot do this any other way. It's extremely vital. The relationships, the trust, the ability to communicate effectively what you're trying to say and to be able to really engage an individual in conversation to try to expose what they're really feeling is essential,” Langabeer said.

“National numbers show six out of seven people who initiate some kind of treatment will fall out of treatment and relapse. We flipped that and that’s what’s really amazing: it shows (HEROES) is effective,” Langabeer said.

Credit: KHOU
Kelly Kemp holds a picture of her mugshot that she keeps as a reminder of how far she's come. “I never in my wildest dreams thought I could get to 11 months clean,” she said.

After struggling with addiction most of her adult life, including failed attempts at rehab, Kemp successfully completed the HEROES program last year.

Even in her wildest dreams, she never imagined she’d be sober for nearly a year. She celebrates one year of sobriety on Feb. 23. She’s also training to become a HEROES peer recovery coach.

Kemp still hangs on to her old mugshot—not as a reminder of where she’s been, but how far she’s come.

HEROES is a joint initiative between the McGovern Medical School and the School of Biomedical Informatics at University of Texas Health Science Center, Houston. Services are free of charge. For more information, click here.