TWC: Suspicious unemployment claims during pandemic 'beyond anything we've ever seen before'

The Texas Workforce Commission said they flagged more than 300,000 suspicious unemployment claims in 2020. 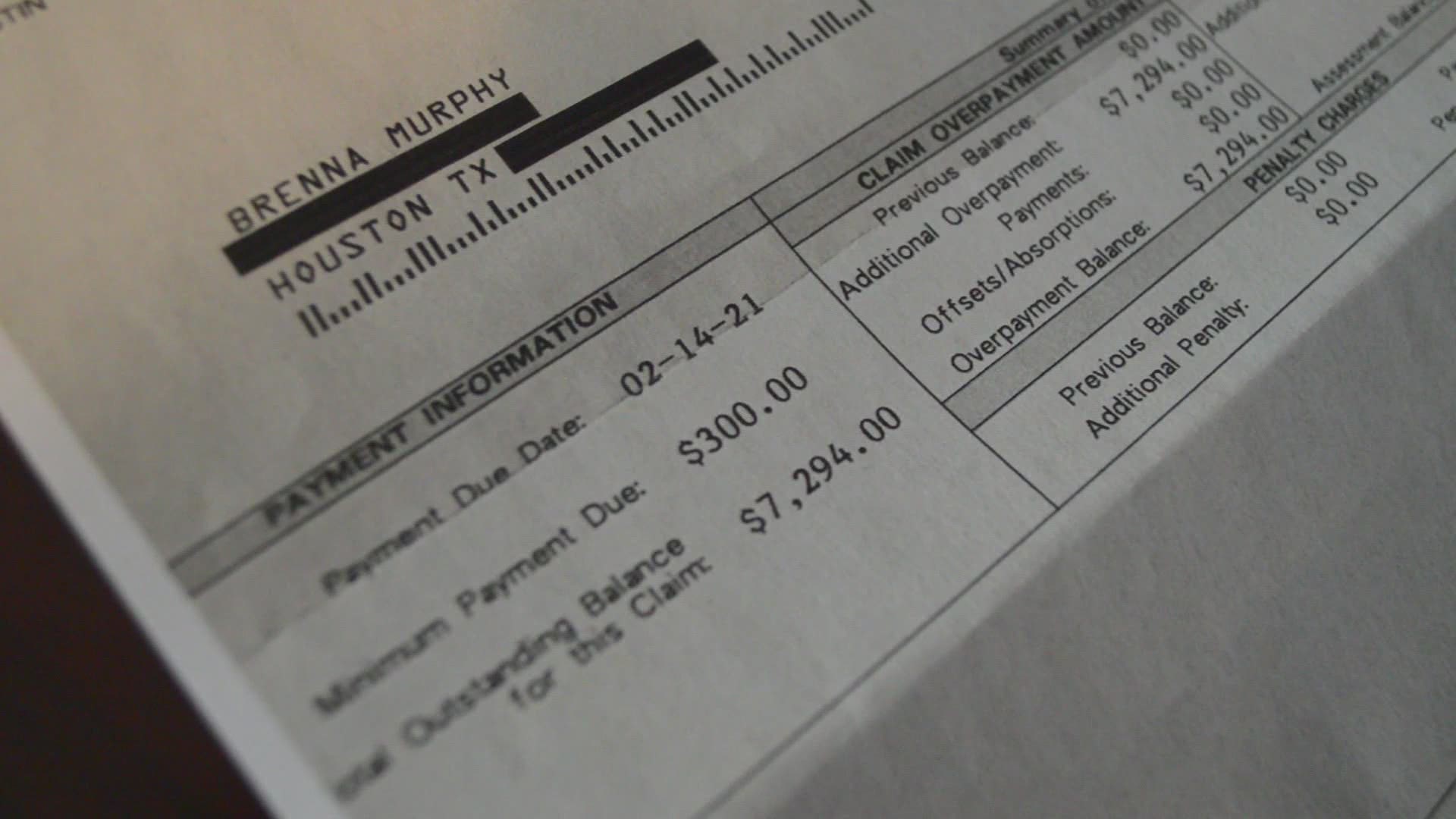 HOUSTON — The state is investigating unemployment claims they believe were filed fraudulently during the pandemic. It's a growing problem in Texas leaving thousands of people in limbo. Victims are afraid they'll get stuck paying the bill.

Brenna Murphy is one of them. She considers herself lucky.

“I got to keep my job for all of 2020 and I had no reason to file for unemployment,” Murphy said.

So when Murphy got a notice from the Texas Workforce Commission saying she was overpaid more than $7,000 in unemployment benefits, she was floored.

“Here I was trying so hard to do what was right and get everything taken care of and somebody went out and instead of getting a job or filing for their own unemployment, they took my hard work and used it for themselves,” Murphy said.

Murphy filed a complaint with the TWC and the Houston Police Department. While they investigate her case, she fears she’ll be on the hook for the $7,294.

“My biggest concern is that the State of Texas is going to pass this debt off to a debt collection agency and it's going to impact my credit score and all of the hard work I have done to pay off my debts,” Murphy said.

According to James Bernsen with the TWC, hundreds of thousands of Texans have gotten notices.

“We've seen every time there's a disaster there's a rise, but nothing like COVID-19. This is on a level of magnitude beyond anything we've ever seen before,” Bernsen said.

Bernsen said, as a result, the payout on the suspicious claims has skyrocketed.

“What we're looking at is probably $500 million statewide for suspicious claims,” Bernsen said.

The increase in claims has resulted in hurdles for people, like Brenna Murphy, who say they called TWC and they couldn’t get anyone on the telephone or they were disconnected.

“We've had 200 million call attempts in a year. With about 3,000 people answering the calls, you can tell that’s going to be a very difficult volume problem,” Bernsen said.

The TWC is encouraging people to apply online, but Bernsen said don’t expect to hear back immediately.

“The system was designed for a time when you could when we could reach out to everyone, eventually and give more attention. Obviously, because of the magnitude of calls, we really can't do that to the level that we would like to. But everyone should rest assured, we investigate all these claims, and no one will have their benefits denied,” Bernsen said.

Bernsen added that until the cases are closed, the debts will not be forwarded to a collection agency.