Seven years ago, David Rider made a goal when he became chief of police of the Fort Bend ISD department to build positive relationships with the community.

In November, Rider outfitted his 55 officers with body cameras as a way to increase accountability of his department. The Taser Axon cameras will cost the department $245,000 for a five-year contract that includes access to cloud-based video-evidence storage and 57 cameras – one for each officer plus two spares in case of malfunction. The money for the cameras came out of the school district’s general fund.

The cameras were first deployed throughout the department the week before Thanksgiving, but Rider and his department spent a year in a testing and planning stage.

“Most people think, ‘Oh, you just put a camera on and you record,’” Rider said. “That couldn’t be anything further from the truth. It takes IT people to set up the cameras and to program them. … It takes purchasing departments and legal departments and contracts and testing and evaluations to make sure we are getting the best equipment for the best price and being a good steward to the tax payers dollars.”

Nobody came to the department asking for body cameras. Rider began the voluntary process because the Texas Police Chiefs Association has an accreditation process a department can enter. There are 166 best practices law enforcement agencies are required to show in order to get the designation.

“We spent a year doing front-end work on this in order to get to the point where we could deploy them,” he said. “Being ahead of the game is where we’re supposed to be. But I don’t look at it as being ahead; I look at it as doing our due-diligence.”

Fort Bend ISD officers trained over the summer and again right before they received their camera. 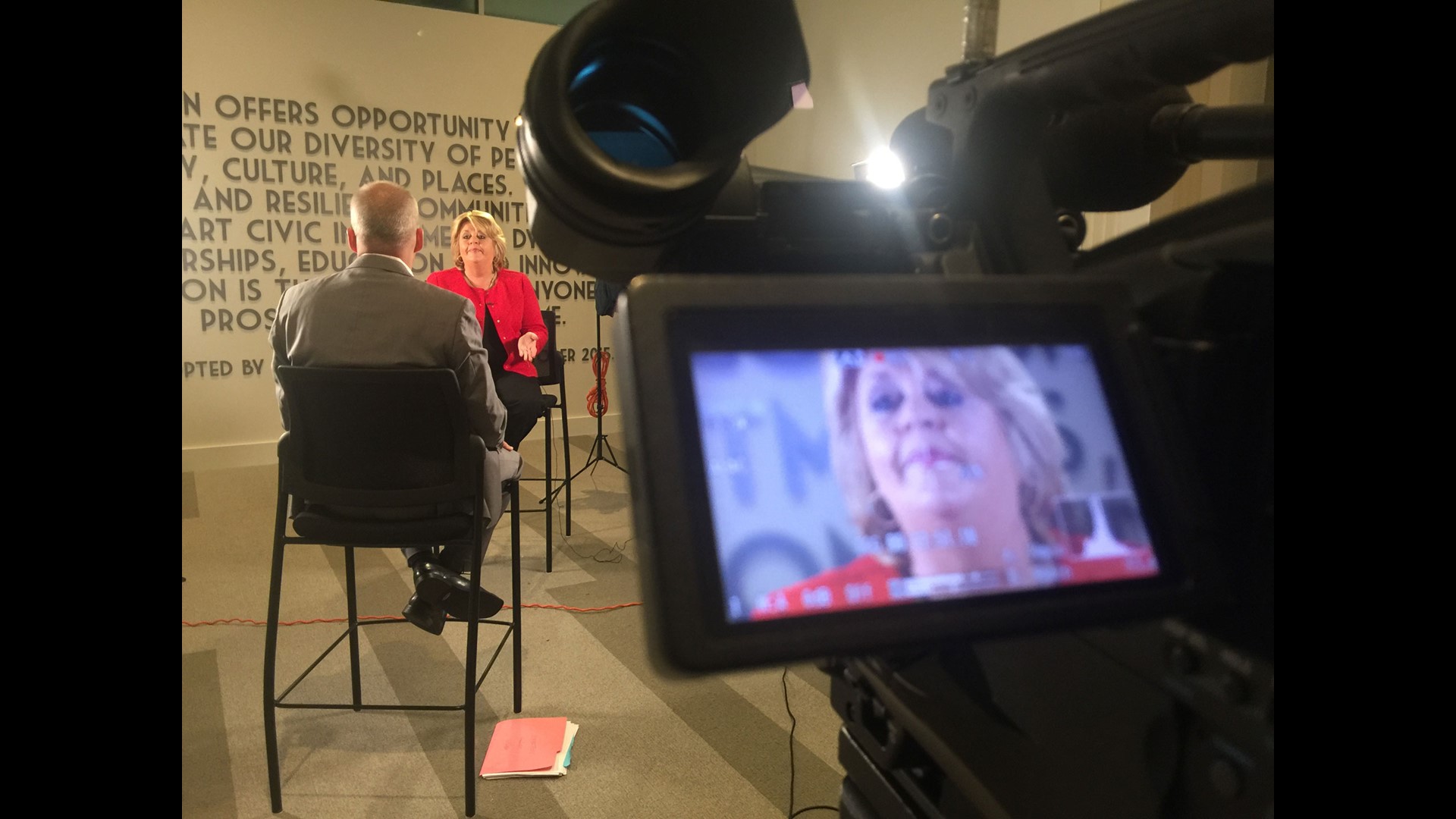 “We wanted to make sure they were user friendly, robust and that the batteries lasted on them,” he said. “The last thing we want was something to happen and the officer say, ‘Well, my battery didn’t work.’”

They checked things like field of vision and video quality. Rider said they didn’t host any town halls or ask for community input on the selection of which camera since “the officers are the end users.” The department did create a committee of officers and supervisors who spoke with multiple other local police departments, like Sugar Land and Missouri City.

“We’re excited about it because it’s another tool for us to show that we will hold our officers accountable if they’re not doing what they’re supposed to be doing,” he said. “That’s how we gain trust in the scheme of things, not just the Fort Bend ISD community, but across the nation. We have to demonstrate that we’re taking steps to repair things that haven’t gone right.”

The cameras are equipped with one safety net: a 30-second pre-record. It’s not feasible for a body camera to constantly be recording and storing the recording on the internal memory, Rider said. (The battery would quickly die. Think of constantly shooting video on your smart phone for eight hours.) The cameras are in a constant buffer – or cache – mode. That buffer comes into play when an officer is responding to a call and hits the record button. The camera will automatically include the 30 seconds prior to the officer hitting record.

“We’re not perfect,” Rider said. “This is an opportunity for us to demonstrate that we’re willing to use equipment that we can hold our officers accountable if we need to, but it’s also equipment that holds the community accountable when they’re talking to an officer or making a claim against an officer.

“It’s almost getting to be an expectation that there is some video from some camera somewhere.”

The chief’s hope is that the cameras will also help cut down on the number of negative interactions with the community.

The cameras will be governed by a policy that was created based on state statutes. State statute allows the release of body-cam footage with some exceptions, most notably when a minor is included. However, the statue does say that the agency can release a recording if it “furthers a law enforcement purpose.”

“If we have a legitimate need to release that to help calm a situation down or something like that, then we have the right to do that,” Rider said.

That video would need to be redacted so no minors were able to be identified, but Taser offers redaction software through its cloud-based video-management system.

“There are ways within the law that we can release it if we needed to,” Rider said. “We’ve seen that throughout the country, to ease a community’s mind about something that’s happened.”

The policy also calls for the department to audit on a monthly basis.

“I don’t want to get a year down the road and then realize we’re not doing what we should be doing,” he said.

Two weeks into the program, Rider acknowledged there are already some growing pains, but he doesn’t believe they’re anything like they would have been if the department hadn’t done the front-end work.

"Body cameras are not the end-all-be-all in law enforcement,” he said. “They’re not going to solve all the problems, but I think they are a tool that we were able to purchase that will help us to further that cause to maintain and build on those relationships with our community.” 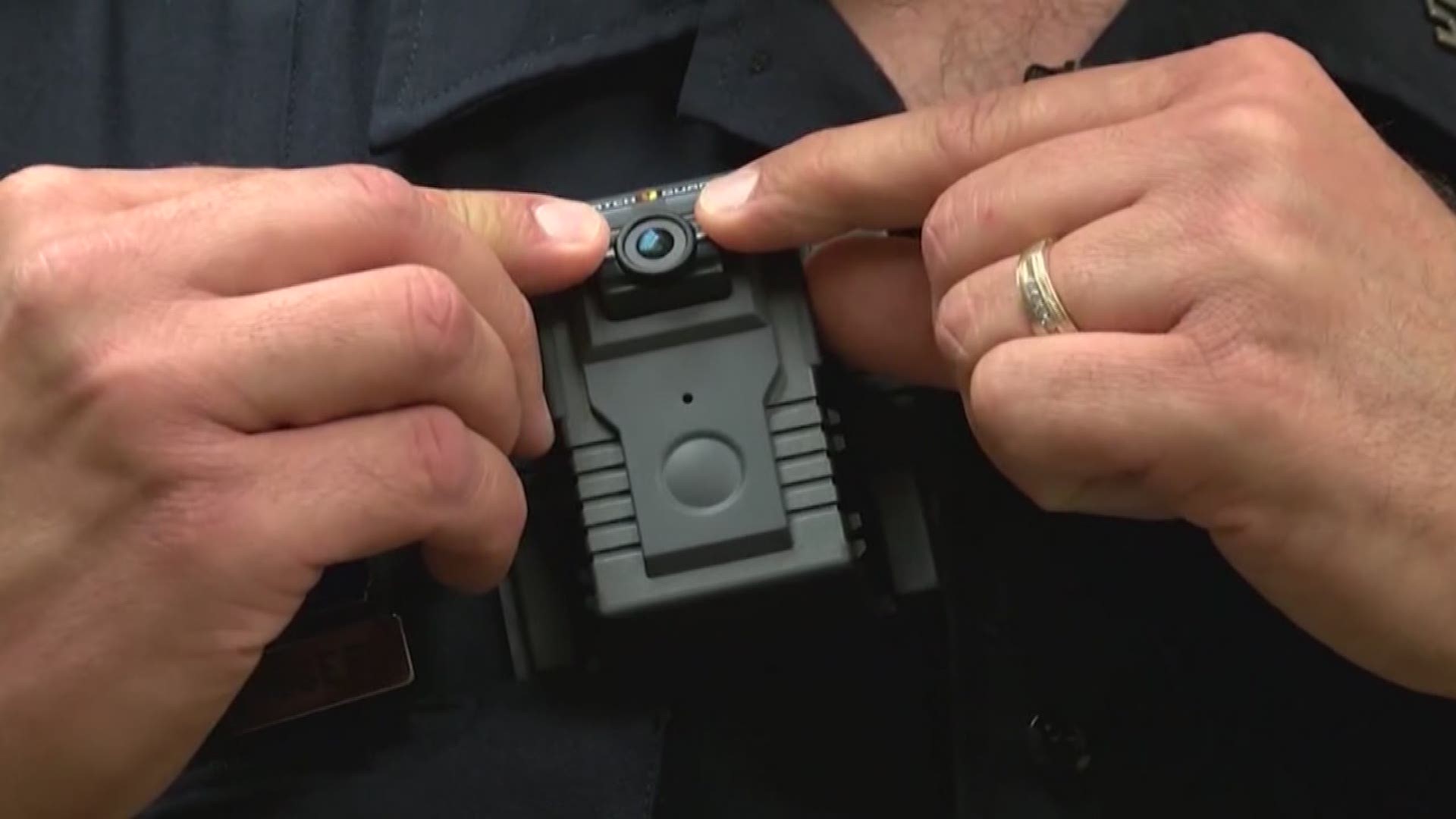