Some hardworking Texans requested thousands of dollars in government assistance but were shocked to only get a few bucks from Uncle Sam. 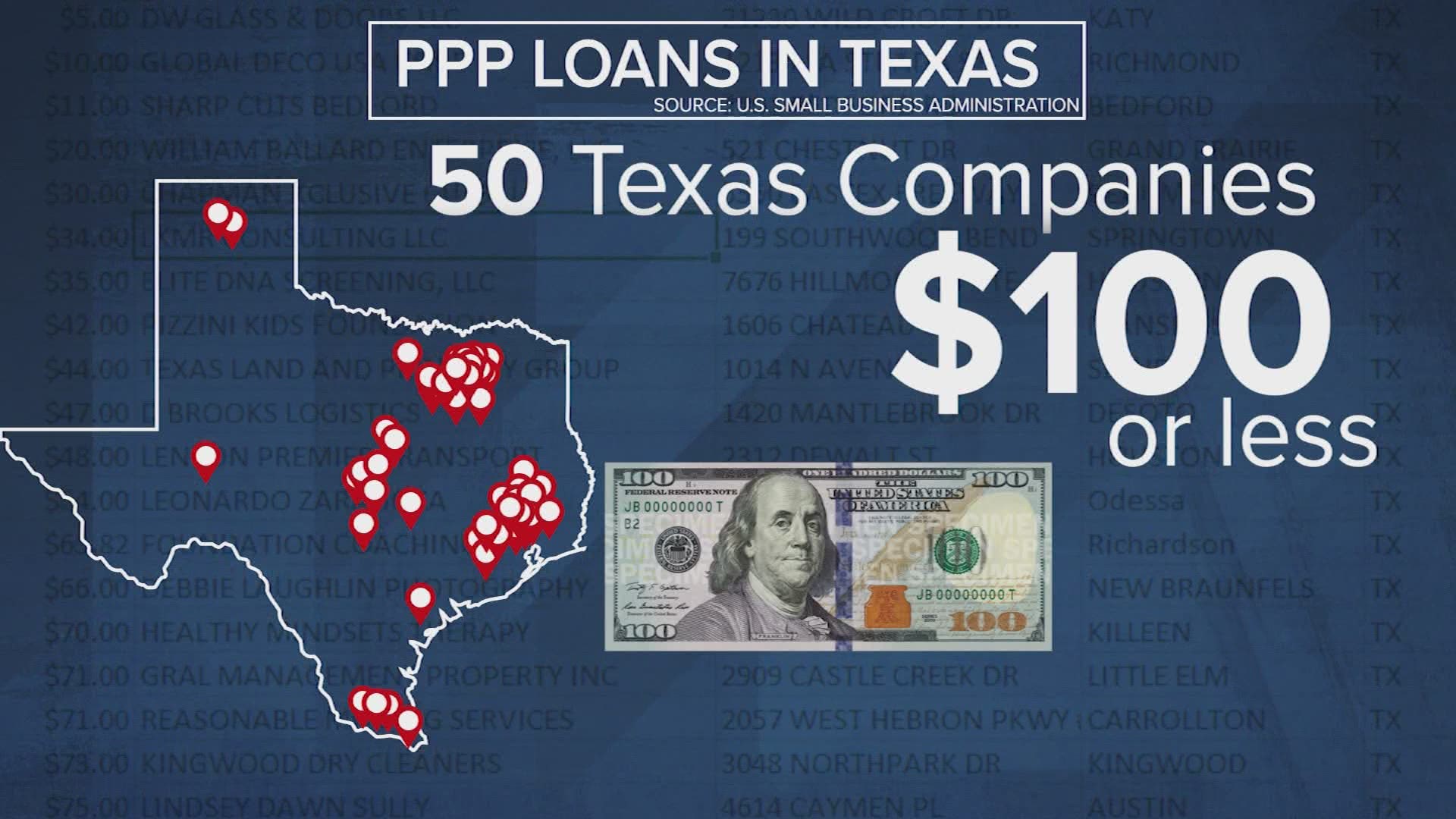 But some hardworking Texans are still bitter after their experience with the process last year. They requested thousands of dollars in government assistance but were shocked to only get a few bucks from Uncle Sam.

Traleon Lenton’s one-man trucking company hit the brakes when the pandemic hit last spring, so the sole proprietor applied for a PPP loan. But when the money came in, Lenton did a double-take.

It was for real, and Lenton was not alone.

KHOU 11 Investigates found dozens of Texans who got PPP loans of $100 or less. Some as low as $1.

“It’s not that it’s ridiculous, it’s that’s simply the way the program was designed,” said Tim Jeffcoat, director of the U.S. Small Business Administration in Houston. “So for a sole proprietor or independent contractor, what constitutes their payroll is their net profit as reported on their tax return. That can be quite low for a lot of independent contractors and sole proprietors, so consequently, the PPP loan can end up being quite small.”

But that doesn’t seem fair to folks like Robert Richardson, who runs a vending machine repair business. A job injury in 2019 crippled his net profit, resulting in a PPP loan that took a nosedive, too. It was just $100.

Shortly after Richardson got healthy and returned to work, the pandemic hit, and business slowed to a crawl. With so many people working from home, the need for vending machine maintenance all but disappeared. Richardson estimates he lost 85% of gross sales in 2020.

The 57-year-old said he did receive other government money, including a $32,000 Economic Injury Disaster Loan that allowed him to pay his mortgage and other bills. But unlike the Payment Protection Program money, that loan is not forgivable and must be paid back over 25 years.