Houston Mayor Sylvester Turner has launched an internal audit after initially blaming a rogue employee. But KHOU found over 100 more cases since January. 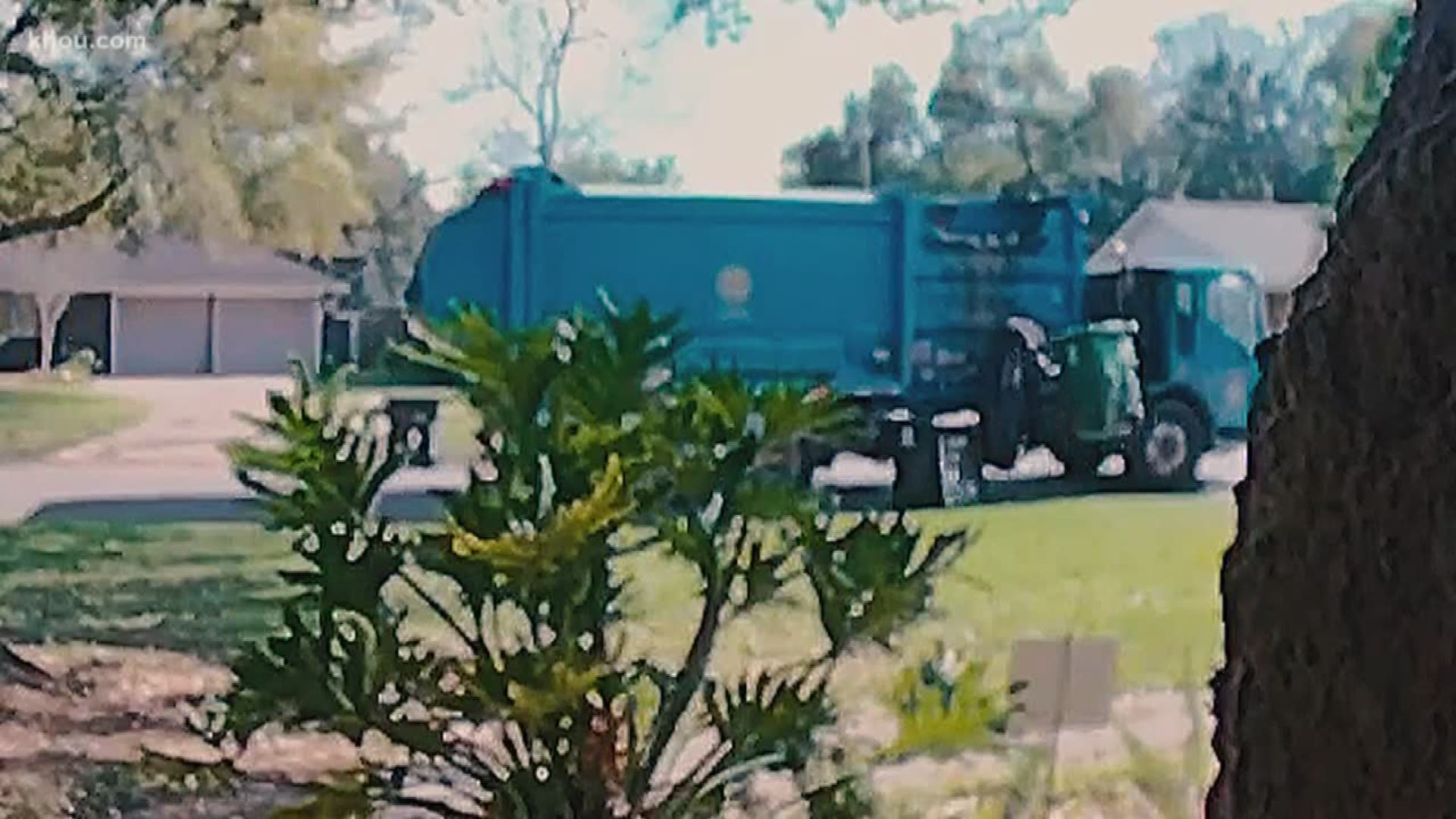 City of Houston solid waste drivers have dumped recyclable materials at local landfills at least 100 times since the first of the year, according to records obtained by KHOU 11 Investigates.

The policy violations come after our cameras captured a city truck on Earth Day mixing green recycling bins together with black trash bins filled with garbage. In that instance, Mayor Sylvester Turner initially blamed a rogue employee for not following the rules. But a paper trail of daily logs reveals an emerging pattern of hauling recyclables to the dump rather than a processing center.

Solid Waste Management Department drivers are required to fill out a “daily collection data form,” a daily log of the routes they serviced, the type of waste collected and the disposal site.

In 105 cases since Jan. 1, those records show a recycling load or partial load was taken to directly to the landfill or a transfer station that ultimately ends up at the landfill.

KHOU 11 Investigates is still waiting on about 12,000 documents requested under Texas open records laws, so the number of botched recycling loads is likely to increase once the city produces more records.

“That’s just wrong, there’s no two ways about it,” said Houston City Council Member Brenda Stardig, who represents District A. “If we’re misleading the public and saying we’re taking it to recycling and it’s going to the landfill, I think people should be outraged.”

“Sounds like we have a big problem and I’m wondering why,” he said.

Kubosh said he suspects city supervisors are at the root of the problem, not just drivers running afoul of recycling rules.

“Why would a driver do this on his own accord? He has got to be getting instruction from somebody else, to take it to the landfill,” Kubosh said.

Mayor Turner said there’s an internal audit underway that will help answer those questions. Turner said the probe has not revealed any recycling violations since Earth Day on April 22 when KHOU 11 Investigates first exposed the problem. Turner said he expects that audit will be completed within 30-45 days.

“The policy of the city is that you don’t take any recyclables to landfills,” he said.

The policy violations fall under the watch of Solid Waste Department Director Harry Hayes, who said the internal audit will include a document review and interviews of employees to find out who made the decisions and why.

“Let me just say this, ultimately the mayor and the council hold me accountable for this, and I take full responsibility for everything that has occurred,” Hayes said.

With that responsibility, Hayes conceded, comes consequences, too.

“As we find things that have gone wrong, they will be corrected and the appropriate individuals, up to and including myself, will be held accountable,” Hayes said.