In Texas, the law says an animal can only be declared dangerous if it attacks a person. Families whose pets have been attacked or killed want that changed. 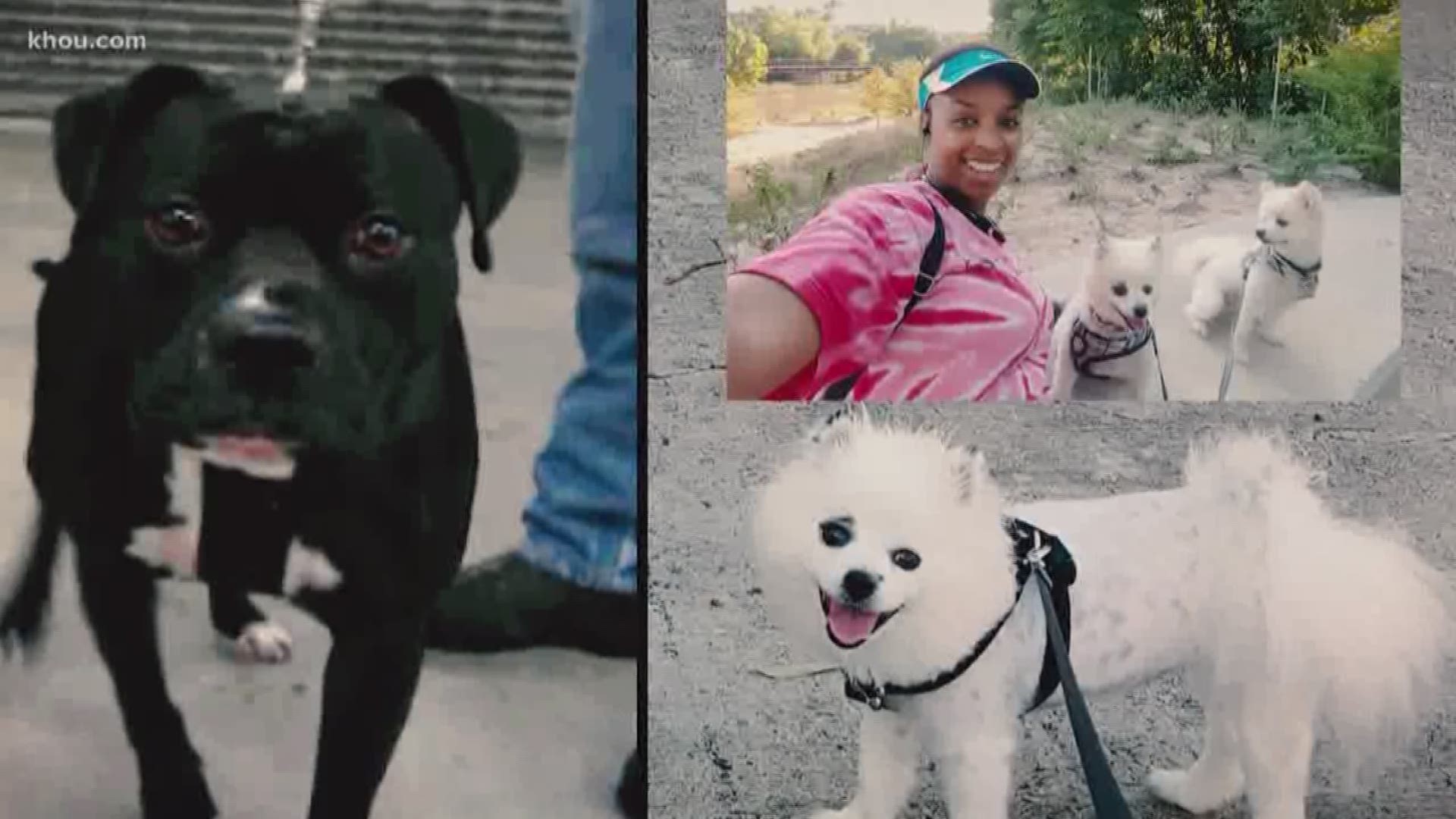 HOUSTON — For 10 years, Ray Gravenstein and his cat Boomer were inseparable.

Boomer, a medium-haired tabby with golden striped fur, beautiful green eyes, white socks for paws and a large poufy tail, was there in the early mornings with Ray waiting for the morning paper. And in the afternoons as Ray fiddled in the backyard, Boomer sunbathed near the pool.

“He was my baby boy,” Ray said recently in his living room while wearing a Real Men Love Cats t-shirt. “They were always trying to get him to lose weight and I wanted him to get bigger—a big old tiger.”

Linda Gravenstein, Ray’s wife, said Boomer was the alpha of the house and had an attitude. One time, Linda recalled, Boomer trapped their visiting daughter in a bedroom, who had to call them to get Boomer so she could go to the bathroom.

“He was jealous,” Linda said, laughing. “Oh, my God, he was awesome. He was the Boomer.”

One morning this past January, Boomer was sunbathing on the front porch when Linda heard loud, barking dogs nearby. Worried, she called out to her husband. Video captured by their Ring Doorbell showed what happened next.

Credit: Gravenstein family
Ray Gravenstein said Boomer was his "baby boy" who always followed him throughout the house.

Ray stepped out the front door and found a neighbor’s two dogs had gotten loose. One of them, a stocky brown pit bull, had Boomer’s abdomen clenched in its jaws. Boomer screeched as Ray started punching the dog.

He punched and kicked — again and again, and again.

“He was rock solid. My fist would basically bounce off of him,” Ray recalled months later in his living room.

Finally, after what felt like an eternity for Ray, it let go and the two dogs ran away. Boomer staggered into nearby bushes. Ray could hear Boomer wheezing, his breaths labored, as he carried him inside.

“Something was internally wrong,” Ray said.

Linda wrapped Boomer in a towel. Their vet told them to get him to the nearest animal hospital right away. They hurried to their car. 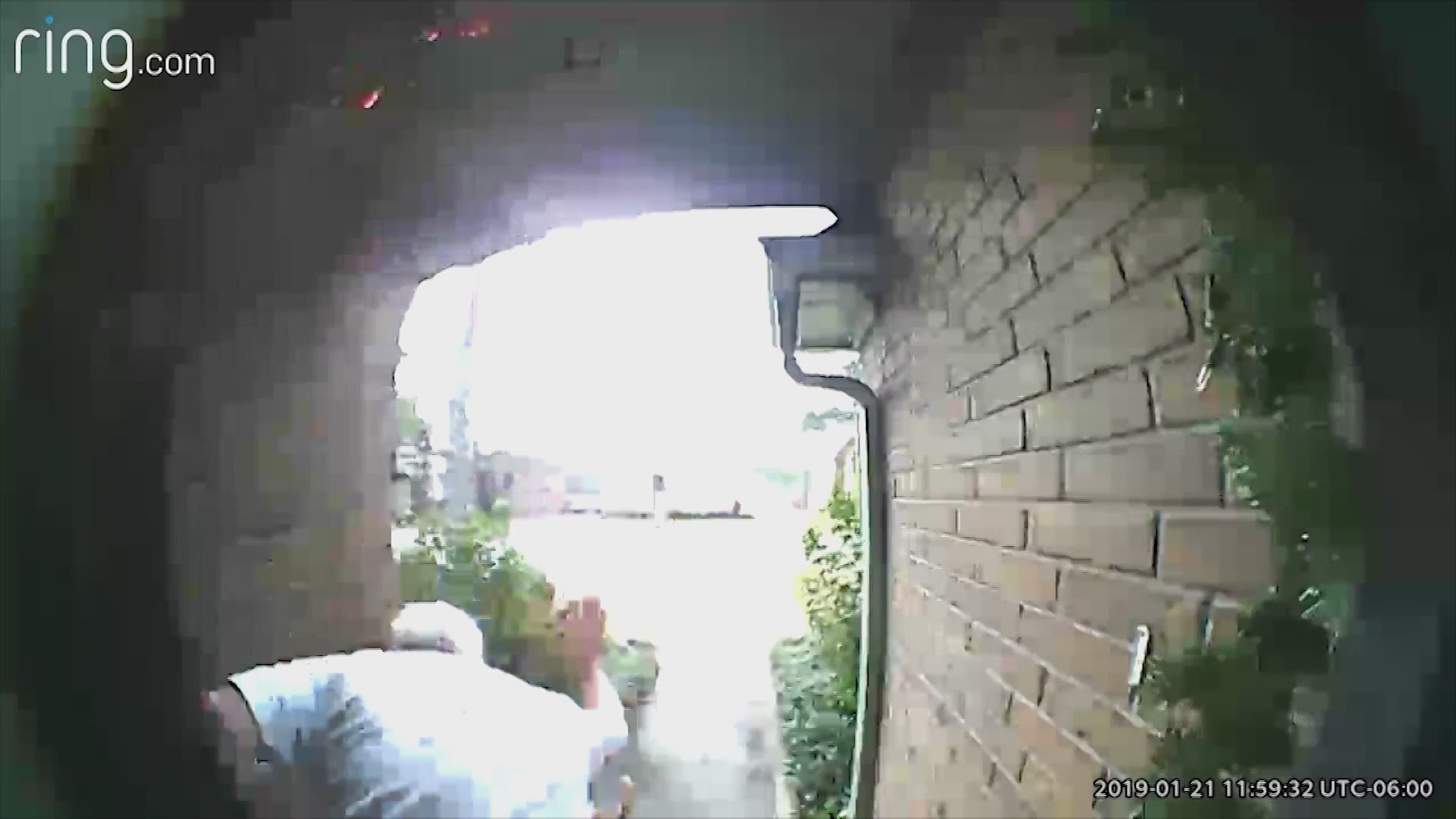 Boomer died before they pulled out of the driveway.

Ray was heartbroken and furious. The two dogs escaped from a house down the street, and the Gravensteins took the family to the family to court. They wanted the dogs declared dangerous. Ray wanted them euthanized.

But that isn’t so easy. Under Texas law, a dog can only be declared dangerous if it attacks a person, not another animal.

Veronica Sotelo also went to court after dogs busted through her back gate and mauled her French bulldog, Effie. Sotelo was shocked to find deep bite marks across Effie’s body.

Part 1 of the report: 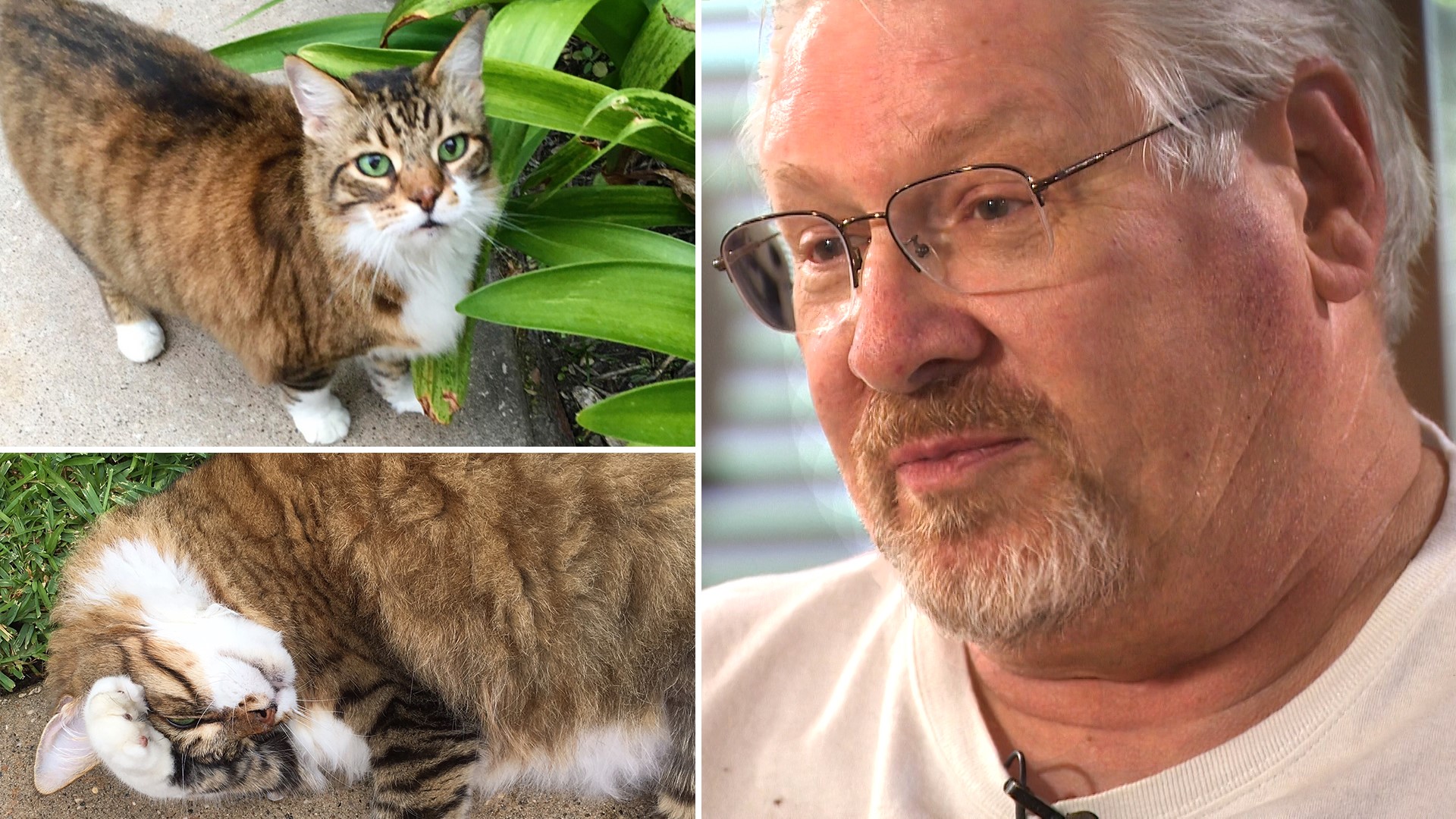 “And I was like, ‘Oh, my God, they must have gotten a hold of her and just shook her,’” Sotelo said. “She didn’t make it through the night.”

A judge later ruled the dog that attacked Effie was not dangerous and dismissed the case.

Corey Steele, a field operations manager for the Harris County Public Health, said he feels for the families who lose a beloved animal, but his hands are tied because of the law.

“It happens a lot—animals attack other animals. And just, unfortunately, we can’t do anything about it,” Steele said. “Even if it kills, that’s the law.”

Map: States that declare a dog dangerous when it attacks another animal

The law is different in 21 other states and the District of Columbia, which include animal-on-animals attacks as part of their dangerous dog laws. It leaves those who lost their pets to a vicious attack, like the Gravensteins and Sotelo, asking when Texas will do the same.

But even when a human is attacked it’s no guarantee the dog will be declared dangerous. KHOU 11 Investigates analyzed bite cases and court records in the city of Houston since 2016. More than 200 major injury cases never went to a dangerous dog hearing, where a judge can order euthanization or place restrictions on the animal’s owner.

Those restrictions include obtaining a $100,000 liability insurance policy, confining the dog in a secure enclosure and putting a muzzle on it while walking in public.

Without those measurements in place, there’s a risk of another attack — as Anjie Austin experienced.

City records show a boxer mix named Chucho attacked Austin while she was walking with her two Pomeranians on a public street.

“This dog came out of nowhere, unprovoked,” Austin said.

She said Chucho tore apart her arm and pushed her to the ground, where she was knocked unconscious. Chucho then moved on to attack her dog Louie, puncturing his lung and shaking “him like a rag doll.”

“I woke up to see the final bite that killed him,” she said.

Credit: Courtesy photos
Angie Austin with her two Pomeranians (left). Chucho, the boxer-mix, that attacked them during a walk.

“The animal should have been put down the first time he drew blood on a human being,” she said.

Officials with BARC, the city’s animal control agency, said it’s not as simple as taking the dog and putting it down. In many cases, the agency can’t proceed with a dangerous dog hearing because the agency never receives a sworn statement from the victim.

“It’s up to the victim to file a dangerous dog affidavit, a sworn affidavit. That’s when we can go forward,” said Jarred Mears, BARC’s animal enforcement division manager.

In about half of bite cases, Mears said the owner voluntarily surrenders the animal without a formal hearing. But KHOU 11 Investigates found more than in 200 cases since 2016 where that never happened. The victims’ injuries included puncture wounds, broken fingers, stitches to the face and surgeries that left people in the hospital for weeks.

Why wouldn’t they proceed with a dangerous case? Surprisingly, as a general rule, animal control officers don’t tell victims they need to file a sworn statement.

“We’re not attorneys. We’re not going to give legal advice to somebody,” Mears said.

Austin was left to navigate the process on her own. She filed a sworn statement and the case went to court. Records show a judge found Chucho dangerous and required his owner to confine him to an enclosure, implant a microchip identifying him as a dangerous dog, sterilize him and obtain liability insurance.

Austin now lives with permanent scars and without a dog she loved.

“I was just appalled. I was completely disgusted with the entire city,” Austin said.

Credit: KHOU
After his cat was attacked and killed by loose dogs, Ray Gravenstein keeps a bat hanging near his front door.

For the Gravensteins, they still worry about neighborhood dogs possibly attacking their other pets. So, Ray came up with a solution of his own.

Hanging by his front door is a brown Louisville Slugger baseball bat. He wishes he had it—or any weapon, for that matter—when Boomer was attacked.

“In case this ever happened again, I’m going to be a little bit more prepared,” Ray said.

He even named it after his baby boy with whom he was inseparable.