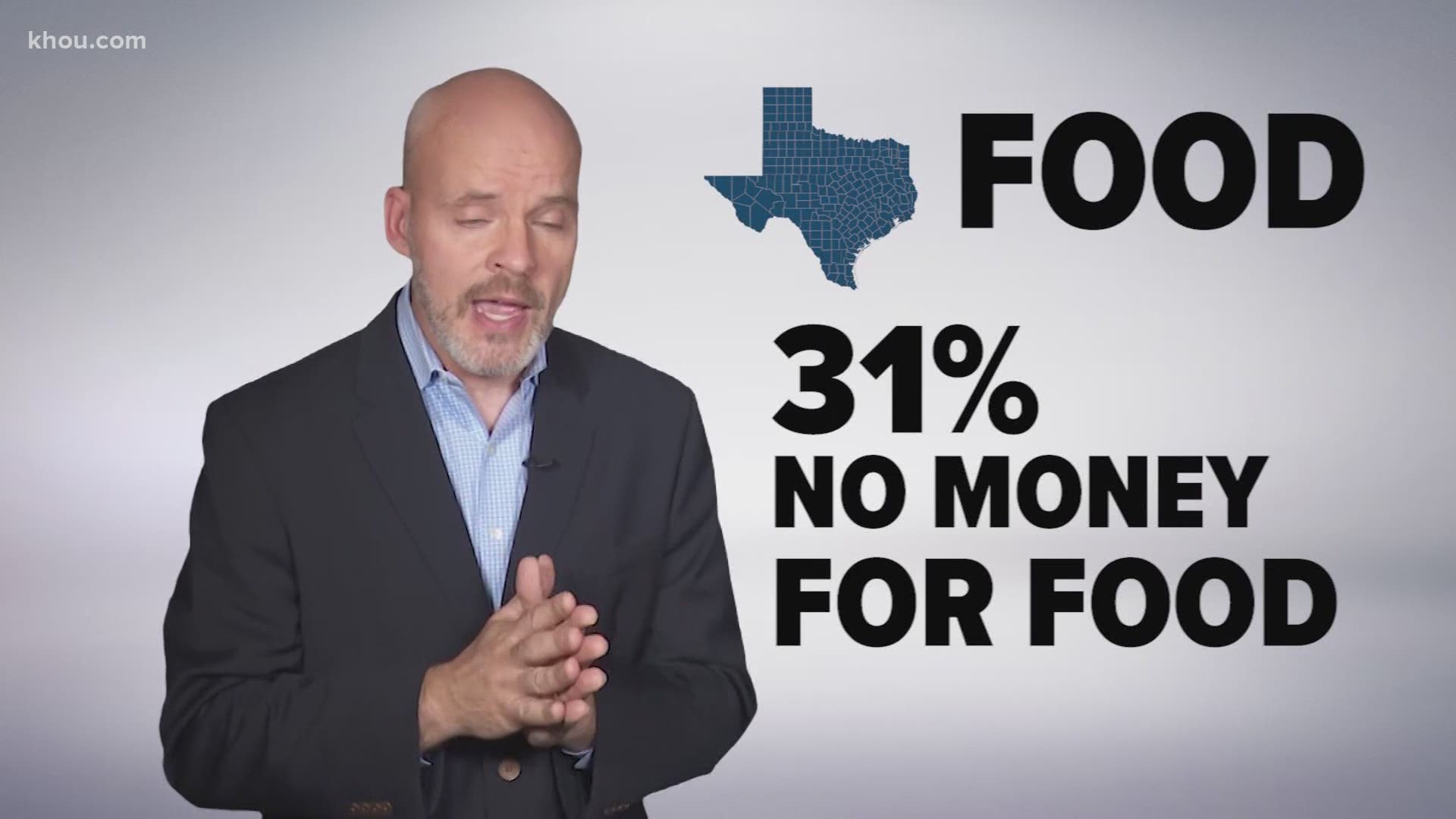 HOUSTON — The number of Texans who said they could not pay for food during the coronavirus has increased, according to an ongoing survey of the impacts of COVID-19.

For the third time in two months, the COVID-19 Household impact survey surveyed about 2,000 households in 10 states. Researchers at NORC at the University of Chicago conducted the survey for the Data Foundation, a Washington D.C. non-profit. The goal is to arm policy leaders and decision makers  with information to better fight the pandemic.

In Texas, there are some key takeaways in several areas.

Regarding personal protection, 70 percent of Texans surveyed said they’ve avoided restaurants and 79 percent avoided crowded places. 90 percent reported that they’ve worn a mask, up from the 76 percent who answered yes when the survey was first conducted in late April.

The survey also asked about money. 54 percent of Texans said they did not work for pay last week. In late April, 49 percent responded that they had not worked. The study has a 6.9 percent margin of error.

RELATED: VERIFY: WHO quote about asymptomatic transmission a 'misunderstanding'