Stands for Houston: Harvey victim to gets help with new roof

Sherry Williams was in Sunnyside Tuesday morning with a surprise for a woman who is living in a house that is literally falling down around her after Harvey. 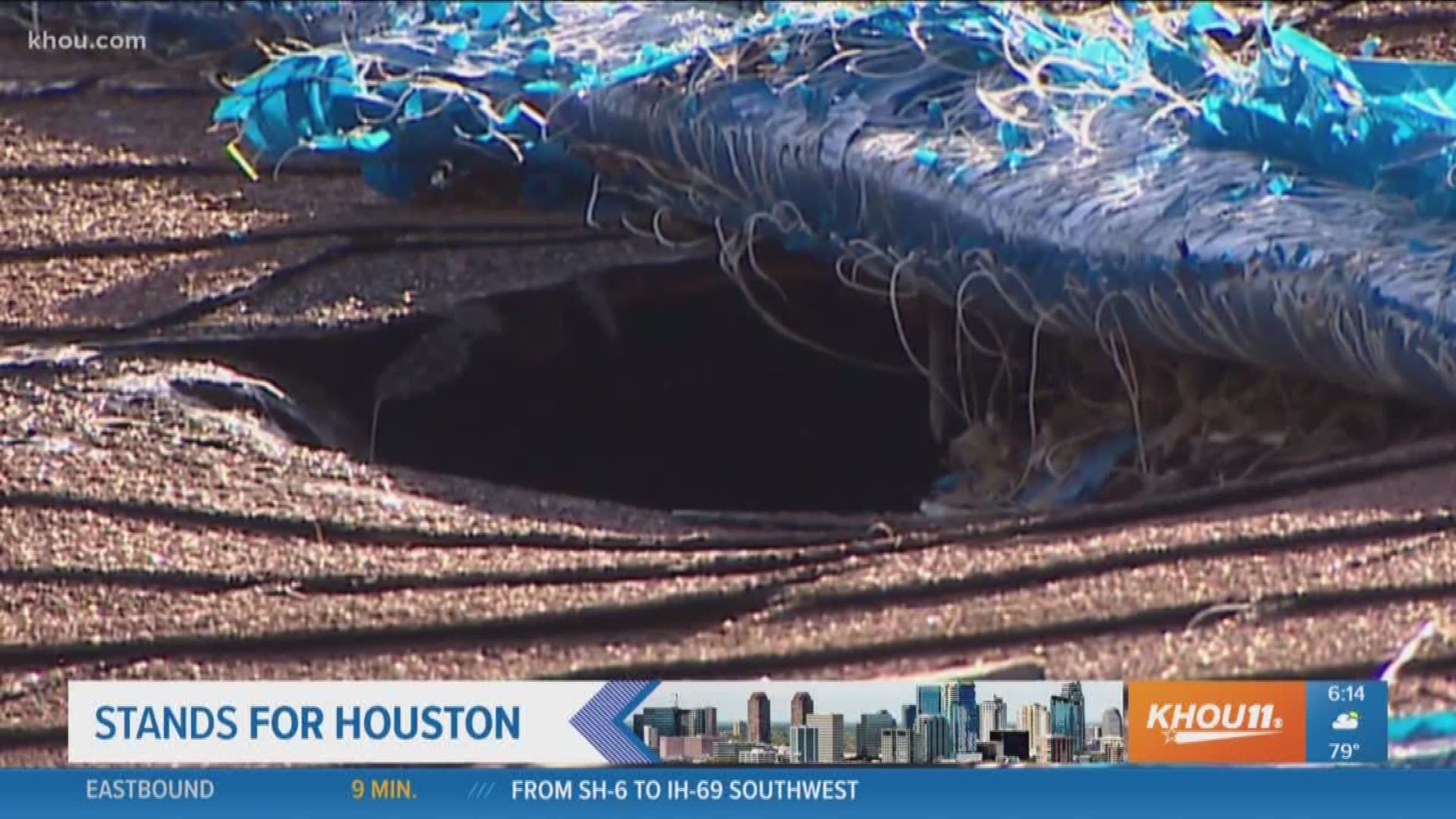 HOUSTON – We are on a mission to help as many Hurricane Harvey victims as we can who are still struggling and feel like they have been forgotten.

Sherry Williams was in Sunnyside Tuesday morning with a surprise for a woman who is living in a house that is literally falling down around her after Harvey.

Charley Elgin, executor director of Pathfinder Mission Group out of Alabama, showed up with a roofer to deliver the news that they will fix her roof.

Deborah Smith has been doing her best to keep going since Harvey wrecked her home.

Her roof was already damaged by Hurricane Ike 10 years ago. Harvey came along and punched a hole in it the size of a basketball. That caused ceiling issues inside her living room, in her bedroom and the worst is in her daughter's room.

“My daughter’s at Prairie View (A&M University) Panthers. She has successfully completed her first year,” she said.

Smith was hoping to get repairs done in time for her daughter's return for the summer, but she has no money and no resources to get the work done.

She's seen a possum and a rat inside the house.

“I tried to take preventive measures and put out things for possums, things for rats,” she said.

Her things are stored all over, even on the kitchen table.

You can see mold in her daughter's room. Her other daughter has young kids. They can't stay at grandma's anymore. They have asthma.

“I’m afraid of the children getting sick,” Smith said.

Smith says all she can do is keep going as best she can. We asked her, what gives you the strength to do that?