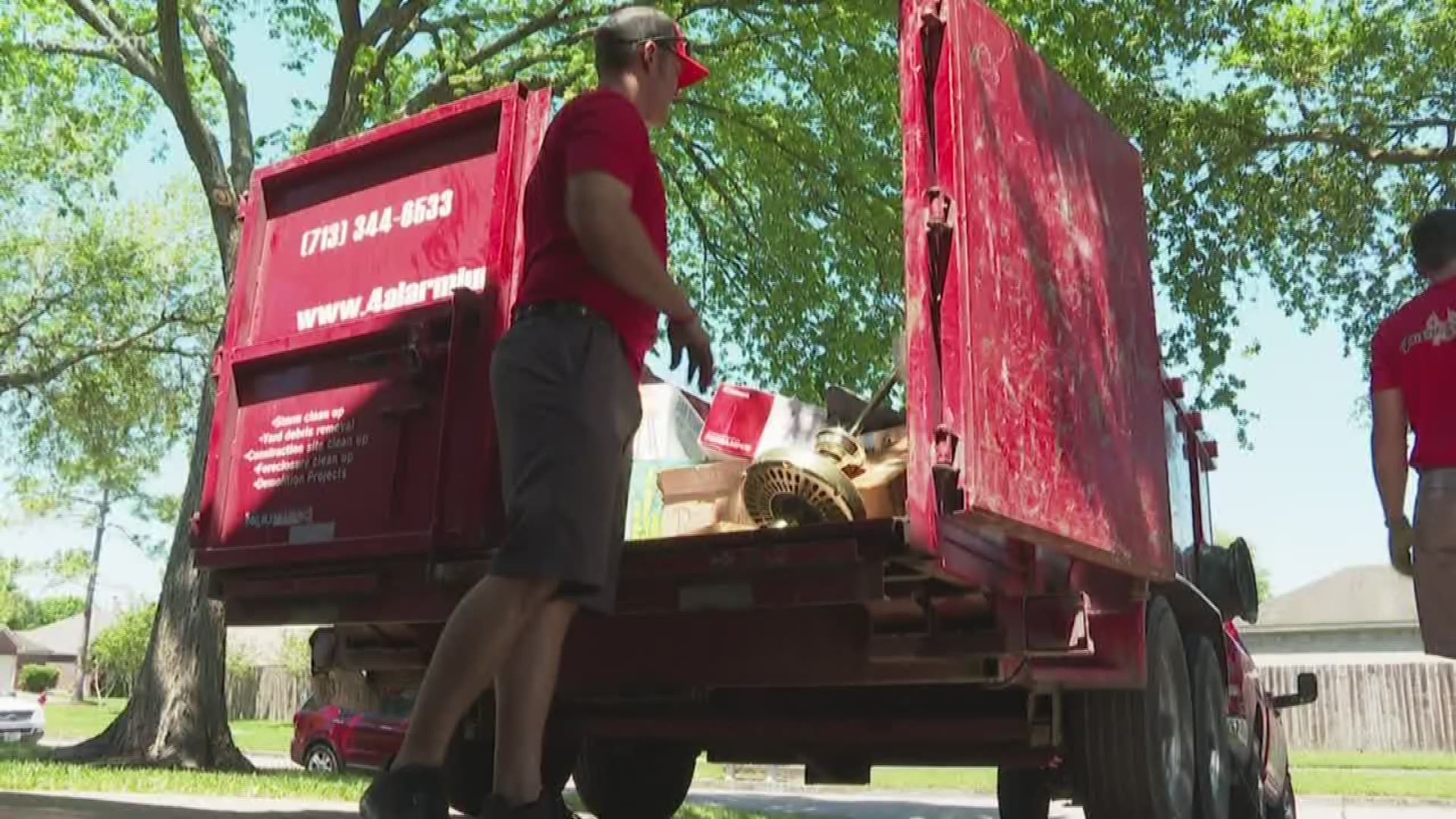 HOUSTON — Local businesses are stepping up to help 66 Houston Fire Department cadets land on their feet.

This comes as the City of Houston looks for ways to fund Prop B.

The voter approved proposition will make firefighter salaries comparable to their counterparts at the Houston Police Department.

For instance, when Chris Chisolm is not working as a Pearland firefighter you’ll find him working his other job.

His 4Alarm Junk Removal company does clean-up work around the city.

Chisolm now wants to extend a helping hand to Houston Fire cadets let go because of Prop B.

RELATED: Houston City Council shoots down garbage fee that would have paid for firefighter raises

RELATED: Mayor Turner to implement Prop B for Houston firefighters, warns of layoffs

RELATED: By the numbers: Houston firefighters' pay compared to other cities' departments

Firefighter owned businesses like 4Alarm Junk Removal are looking to hire some of the cadets until they can become firefighters.

Chisolm said, “To be able to help out those guys just like I would my own guys in my crew and the guys that I work with; any day of the week man.”

In addition, Jason Barron-Ethridge with Fired Up Assemblers is about to hire two of those cadets but is looking for a few more.

He said, “We assemble all of your like Ikea furniture, play sets, trampolines; anything that you buy from the store that needs to be put together. That’s what we do.”

The Sugar Land firefighter said they’re thankful because they don’t know what’s next for them.

“Yeah, it’s a pretty sad situation,” Barron-Ethridge said. “These guys have gone through the fire academy hoping, knowing they had a job available for them in Houston and now that they’re finished with their academy they get layoff notices.”

These businesses don’t want the cadets to get discouraged.

Barron-Ethridge said, “We’re helping them in a time of need and you know we’re never going to know when we’re going to need things so it’s just great helping each other out.”

Also, Chisolm said, “It’s part of the brotherhood. It’s part of what we do. We help out our own all the time no matter what.”