Neighbors frustrated with City of Houston for sidewalk removed years ago

"It's not that we're asking for a bunch of stuff," said a neighbor. "If you're going to break the sidewalk, have the decency to fix it back to the way it was." 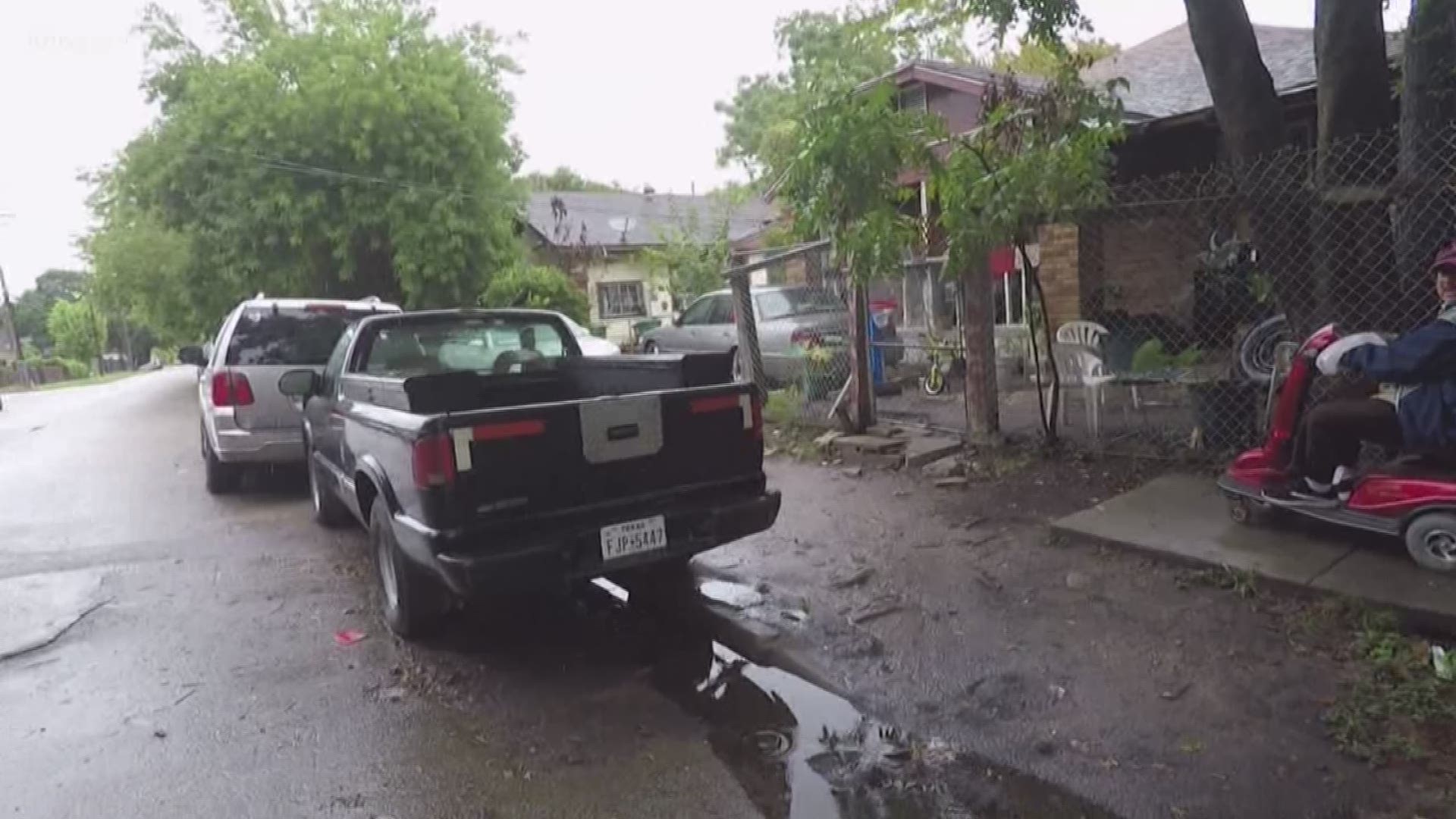 HOUSTON — This Twitter caption sums it up: A day in the life of an 82-year old Houstonian. Attached to the tweet is cellphone video of an elderly man on a motorized scooter who is unable to use a City of Houston sidewalk to safely get home.

A huge chunk of the sidewalk (longer than a small pick-up truck) was removed more than two years ago and was never replaced, despite phone calls and emails from neighbors in the city's northside community.

The elderly man, Pascual Aranda, is hard of hearing and at the mercy of city sidewalks. He rides his scooter less than a quarter-mile to the Wesley Community Center for a daily senior citizen program and every day he has to risk it on the road because of the broken sidewalk.

"It's been, I want to say, a good three years," said Sylvia Rodriguez who lives along the 2200 block of McKee. "My next door neighbor, she has trouble walking. My husband is legally blind."

Rodriguez said a neighbor's son-in-law "needed ambulance attention and they were having trouble getting him out," of the house and in to the ambulance because there wasn't a sidewalk.

Years ago, the chunk of sidewalk was removed for utility work. Aranda's daughter, Delfina Vallejo says her family has repeatedly called and emailed various city services.

"They’ll say, we’re jotting down the information. We’ll get it done. It will be on our to-do list. We have different things going on, it’s going to take a while. But, it’s been two years. How long does it need to take, you know?"

KHOU11 Reporter Melissa Correa emailed City of Houston Public Information Officers around 10 a.m. Tuesday. By 11:15 a.m., those city workers connected Correa with the Mayor's Office for People with Disabilities which sent Correa a link for an application for a sidewalk fix.

CLICK HERE FOR A SIDEWALK FIX WITHIN THE CITY OF HOUSTON

By 2:45 p.m. the Aranda family had filled out the application, which they had never been instructed to before, and the city scheduled a meeting with the family.

The city will meet with the family near the broken side walk next Wednesday. It's unclear when the actual repair will happen.

"It’s not that we’re asking for a bunch of stuff, we’re just asking," said Rodriguez. "If you’re going to break the sidewalk, at least have the decency to fix it back to the way it was."