“We wouldn’t be here if it wasn’t for him. If he would’ve jumped in that water and pulled us out, we would not be here.” 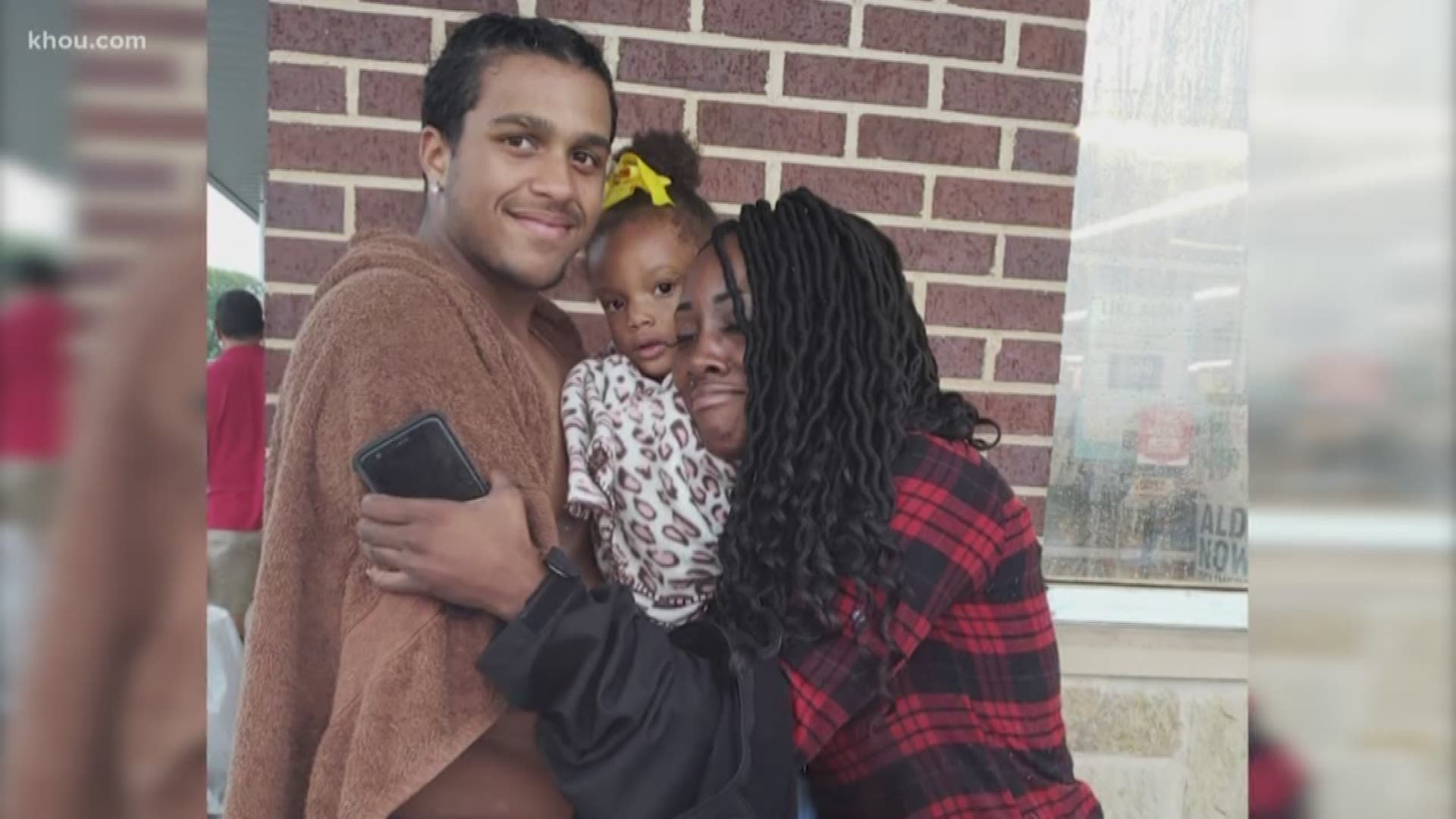 HOUSTON — Houston’s Jayden Payne is the 16-year-old hero the whole country is talking about. He's a football player at Aldine Senior High School who saved a mom and her toddler after Imelda’s flood waters swept their SUV away.

On Friday, the trio was reunited at KHOU 11’s studios.

On Thursday, as Imelda’s flooding rains paralyzed Houston, Vinitta Williams was trying to get her 2-year-old daughter, Ava, home from daycare.

“That’s when it started raining harder,” Williams said. "It was flooding.”

Williams was driving near Aldine High with Ava secured in a car seat in the back when her car was swept away into a flooded drainage ditch. Luckily, Jayden and his mother Cynthia Payne were nearby and saw the whole thing happen.

Williams said she didn’t know what happened but realized something was wrong when her car started swaying. Then, the front started sinking, her doors wouldn’t open, and water started flooding in.

Once the door was open, Williams swam out of the SUV holding Ava above her head to keep the toddler out of the water, but the swift current was pulling them both under.

“I felt the current taking me under the bridge, and I felt like I was going to die," Williams said.

“I threw my jacket off and I threw my shirt off...and I dove in,” he said.

“I’m like, please just let him come back. Save them, but bring him, too. There’s no replacing him," Cynthia Payne said.

Jayden said he heard Williams screaming for someone to save Ava.

“That’s when he dived in and he pulled us out,” said a tearful Williams, “and I’m thinking, thank you God. He is my guardian angel. He’s my hero.”

Jayden said throughout the rescue, he never thought about the risk he was taking and was more concerned with the life of the little girl and her mother.

“We wouldn’t be here if it wasn’t for him,” Williams said. “If he would’ve jumped in that water and pulled us out, we would not be here.”

Jayden and Williams later realized they live in the same apartment complex. Now these two families, who didn’t even know they were neighbors, say they know they’ll forever be friends.