Are 'Speedballs' a key to Derek Chauvin’s defense?

Chauvin’s defense attorney is trying to convince the jury that a drug overdose due to fentanyl and meth – not a knee on his neck – killed George Floyd. 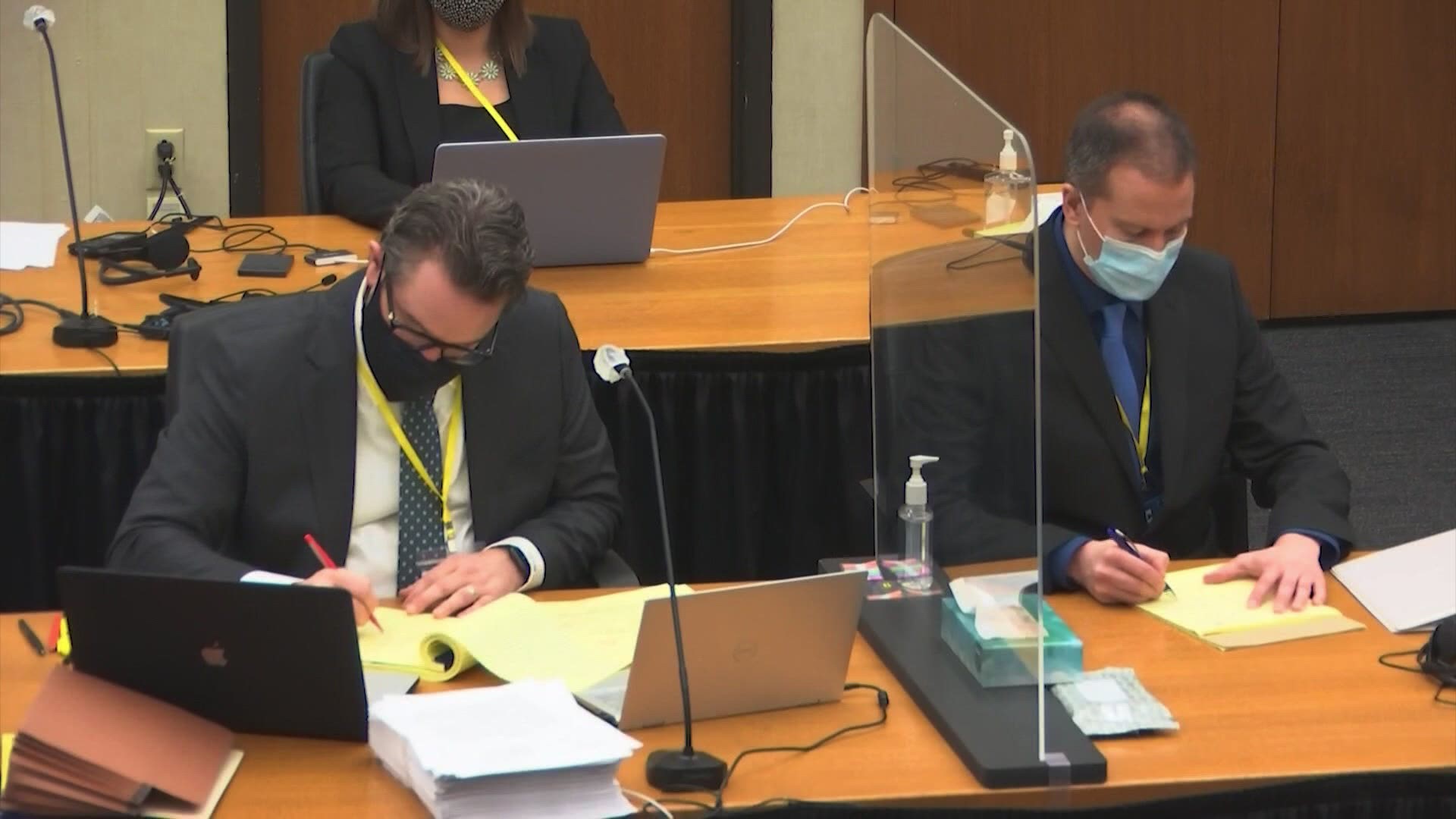 HOUSTON — At the core of ex-Minneapolis police officer Derek Chauvin’s defense is the claim that George Floyd died after a he took drugs referred to as “Speedballs” --  not a knee on his neck.

What is the likelihood of that happening? A medical expert, who is not involved in the trial, said it is possible.

In the body camera video that captured the struggle between Chauvin and Floyd, defense attorney Eric Nelson has pointed to an image that shows a white dot – possibly a pill – on Floyd’s tongue as officers first approached his car.

“The evidence will show, that when confronted by police, Mr. Floyd put drugs in his mouth in an effort to conceal them from the police,” Nelson said.

Chavin’s lawyer also argued that when investigators searched Floyd’s SUV and the squad car officers had struggled to place Floyd in, they found pills. The BCA later determined they contained a mixture of fentanyl and methamphetamine. One found on the back seat of the squad car also contained DNA from Floyd’s saliva.

“This is what’s called a speedball, a mixture of an opiate and a stimulant,” Nelson told the jury.

One drug in the combination is a "downer" – the other acts as an "upper."

Dr. James Langabeer, professor of Emergency Medicine and Biomedical Informatics at University of Texas Health, says Speedballs, which typically consist of cocaine and morphine, have in recent years been manufactured into an even more dangerous form using fentanyl.

“That's as strong as it gets. So, a couple of little flakes that are basically the size of salt grains is all that it needs to add something to a normally powerful opioid in itself,” Langabeer said.

Chauvin’s defense attorney claims the drug combination caused Floyd to go from a sedated state to aggressive at the time of his arrest.

“Mr. Floyd’s friends will explain that Mr. Floyd fell asleep in the car, and that they couldn’t’ wake him up. They kept trying to wake him up to get going,” Nelson said.

Langabeer said the effects of the drug combination depend on which the body absorbs first.

“They could be extremely overtly aggressive and the next minute fall completely asleep, or it could be vice versa where they fall asleep and then the stimulant kicks in,” Langabeer said.

The combination can be fatal. Langabeer said Speedball users have died from stroke, aneurysm, heart attack or fatal respiratory depression.

“Somewhere between 70 and 80 percent of all overdose-related deaths, which are skyrocketing right now, are from poly-substances, or multiple drugs, and Speedball is one of the combinations people use,” Langabeer said.

But is that what killed George Floyd? Jurors will have to decide.