Shelters for immigrant children near capacity in Texas

As of May 16, KHOU discovered space is just as scarce in the Houston area. The 11 shelters in Harris, Brazoria, Galveston and Montgomery Counties were at 90 percent capacity. 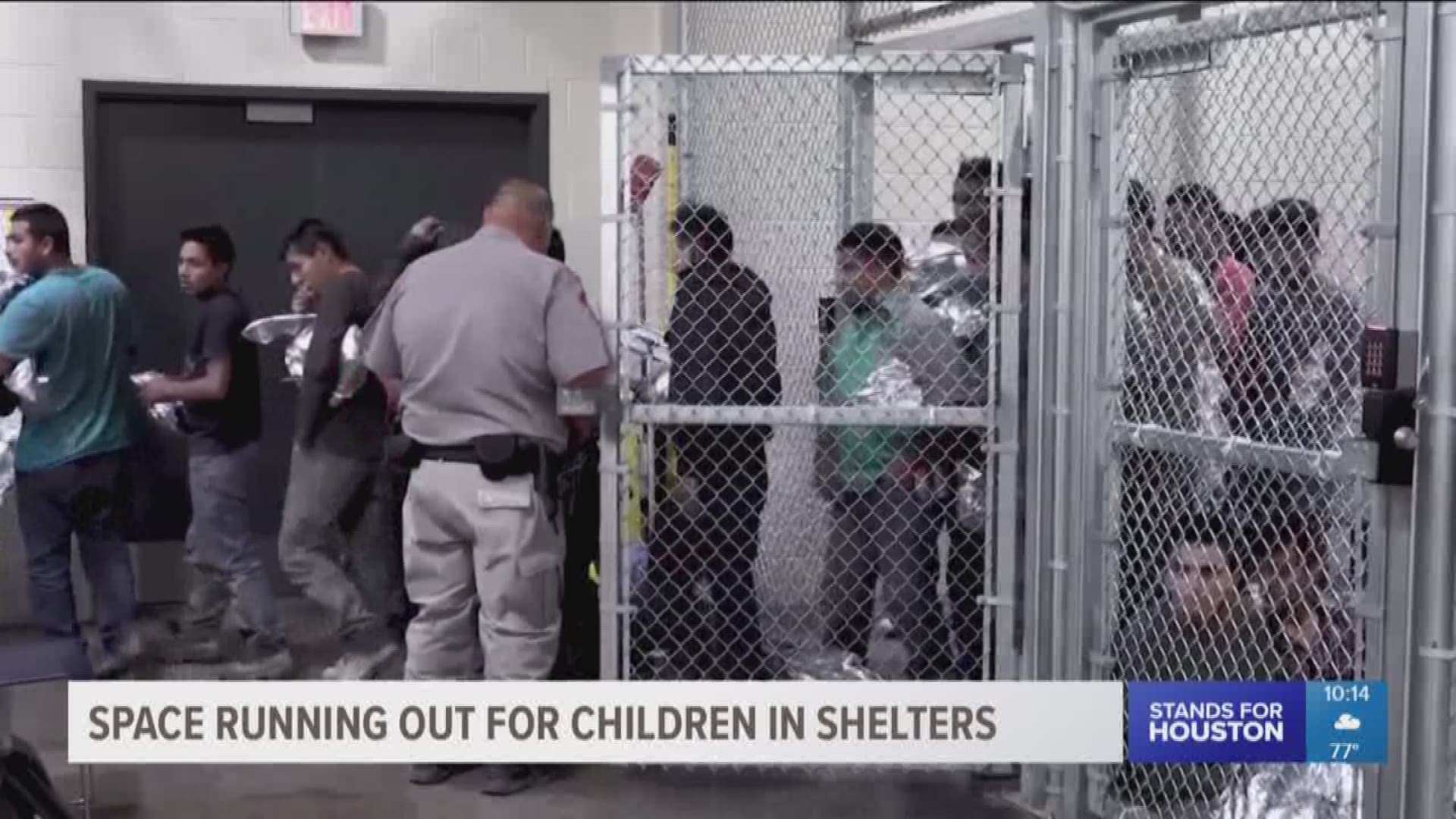 Shelters to house immigrant children are nearing capacity in the state, according to a KHOU analysis of Texas Health and Human Services Commission records.

Unaccompanied minors, whether crossing the border alone or separated from their families, are supposed to spend no more than 72 hours in processing centers.

From there, most go to shelters contracted by the federal Office of Refugee Resettlement.

Related: Here's what you need to know about the 'zero tolerance' policy separating migrant families

There are 34 such facilities in Texas. As of May 16, the latest information available, those were at 91.6 percent capacity.

As of the same date, KHOU discovered space is just as scare in the Houston area. The 11 shelters in Harris, Brazoria, Galveston and Montgomery Counties were at 90 percent capacity.

More beds could come with a controversial new facility in Houston in the 400 block of Emancipation Avenue near downtown.

The company trying to open the shelter, Southwest Key Programs, Inc., is one of the biggest player in the industry to house unaccompanied children. Its current grant funding is more than $518 million according to a review of federal contract data.

The Houston facility would be the 17th shelter in Texas run by Southwest Key Programs.

While the company is a non-profit organization, the president and CEO recently made $770,000, according to documents filed with the Internal Revenue Service.