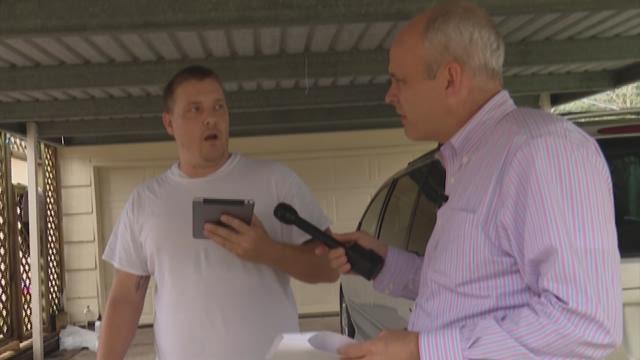 HOUSTON, Texas – Paul Maniscalco is a 37-year-old man who did bad things to a young girl — and caught a big break.

Maniscalco pled guilty to a sex-trafficking crime — aggravated promotion of prostitution — for supervising and managing a prostitution ring that included a girl younger than 18.

KHOU 11 Investigates analyzed 2 ½ years of sex trafficking convictions in Harris County from June 2014 - December 2016 and found a staggering statistic: two-thirds of those criminals charged with sex-trafficking crimes got probation instead of jail or prison time.

Those probation cases KHOU 11 Investigates found happened before she took the job.

“The message becomes to that trafficker: ‘Well, that’s my get out of jail free. I get one free bite of the apple. Now I can go right back into business, grab a few more kids off the street and pimp them out, prostitute them and force them into this life,’” Musick said.

The life is one of intimidation, manipulation and often violence.

In the words of one sex trafficking victim:

“He would always say, ‘If you do anything wrong to me — you snitch on me, rat me out, get me arrested — I will have your family tortured.”

“There were times when I would try to keep money on the side to get away, and he would always find it. … He hit me in my face and blackened my eye real bad.”

Musick said the district attorney's office is taking a tougher approach on the crimes.

“We’re not offering probation anymore on these cases,” she said.