Where road-rage crashes happen most often in the Houston area 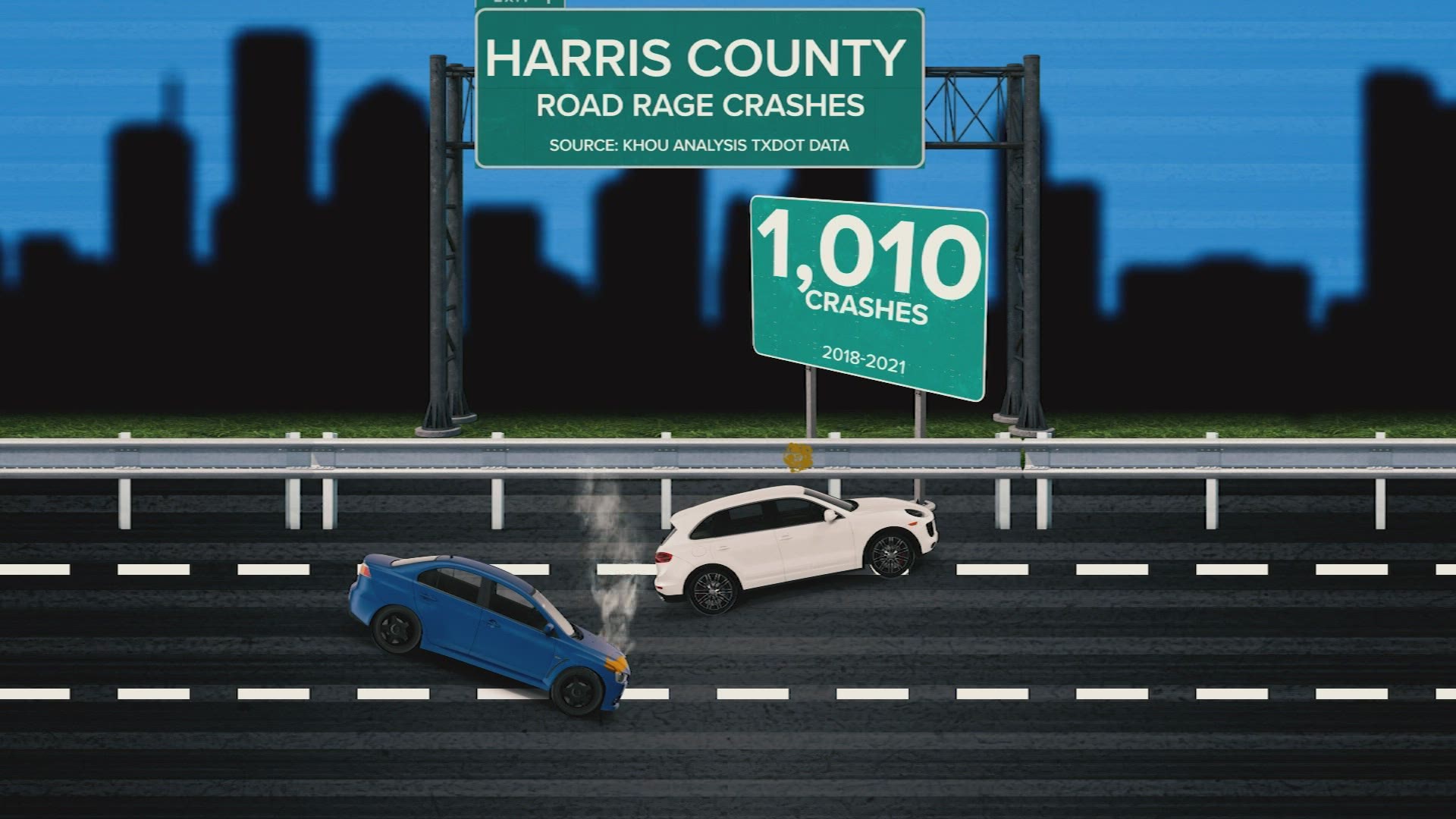 HOUSTON — It might start by cutting someone off or flipping them off. Too often, it ends in violence, and crash records show road rage is getting worse in Harris County.

“I think there are many contributing factors to the road rage problem,” Houston Police Commander Michael Collins said. “People can make, you know, the simplest gesture, an abrupt lane change. Something like that can spark somebody’s temper, and something bad can happen.”

From January through April this year, law enforcement agencies reported 107 road rage crashes in Harris County to the Texas Department of Transportation. That’s up 13% from the 95 reported during the same time last year. Injuries are up 26%.

Looking further back, Harris County has seen 1,010 suspected road rage-related crashes since 2018. They happened most often between 3 p.m. and 8 p.m., during the rush hour commute home.

“At the end of their day, they’re tired. You know, they may have had a bad day at work,” Collins said. “And again, the smallest thing can set them off.”

A KHOU 11 analysis of the TxDOT crash data also reveals hot spots where road rage crashes happened the most over the past four years.

Those include Highway 290 and Beltway 8 in northwest Harris County, I-69 in Humble, and several clusters along I-45 between the I-610 north loop and the Harris-Montgomery county line.

“It is ugly and it’s getting uglier from what we’re seeing,” Teare said. “It’s not just crashes, it’s a whole host of criminal activity.”

When the task force was launched in December, law enforcement reported approximately 200 road rage-related shootings in 2020, a 33% increase from the same time in 2019. Officials then announced plans to put undercover officers on Harris County highways to try to prevent road rage before it ever happens.

“In normal everyday cars driving the roads so that we can grab these people, we can identify the aggressive driving before it escalates to a shooting or crash,” Teare said.

The month-long undercover operation resulted in 1,700 citations written and netted about 40 felony and misdemeanor arrests by Houston police.

“It’s got to stop and so we’re going about it a number of different ways and we think eventually we’re going to see our numbers go down,” Teare said.