Real or fake? How to spot bogus crowdfunding campaigns

From phony funerals to fake cancer, there is a dark side of crowdfunding that can turn generous donors into victims of fraud. 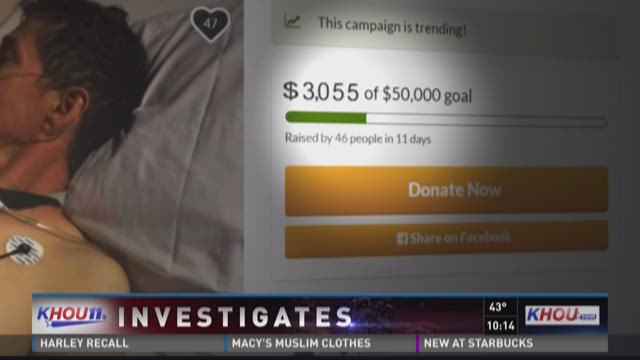 From phony funerals to fake cancer, there is a dark side of crowdfunding that can turn generous donors into victims of fraud.

“To me, that’s very sickening, very disturbing,” she said.

Zuniga supports her family on a fast-food restaurant wage while her father, Francisco, battles an aggressive form of lymphoma.

“People die from not having medicine, but there are good people with good hearts who donate,” Francisco Zuniga said.

The family turned to GoFundMe to raise money for his medical bills — $30,000 for chemotherapy alone.

“GoFundMe is a blessing. It's an opportunity for us to get out of this,” Krystal Zuniga said.

But others see that opportunity as an open door to deceive.

Consider the case of Amie Welch, who, along with her husband, claimed she had Satge 3 cervical cancer.

“I would call her a liar,” said Freeport Police Chief Ray Garivey.

Garivey said Welch went so far as to shave her eyebrows and hair. He said no charges were filed after she gave some of the donations back.

Her website tracks bogus crowdfunding campaigns nationwide and breaks the fraud down into categories.

“Funerals are a big one — animals, children, anything that's, like, extra sob story meant to tug at your heart. I just — people need to be careful,” Gonzalez said.

How can you be careful? Try doing what Gonzalez did with “Sprocket,” the dog supposedly from Houston with degenerative disk disease.

“So you put the photo into Google images at images.google.com, and Google will tell you that image appears here, here, here and here,” Gonzalez said.

After doing that, Gonzalez said Sprocket was “100 percent stolen off the internet.”

WATCH: How to spot a fraudulent crowdfunding campaign 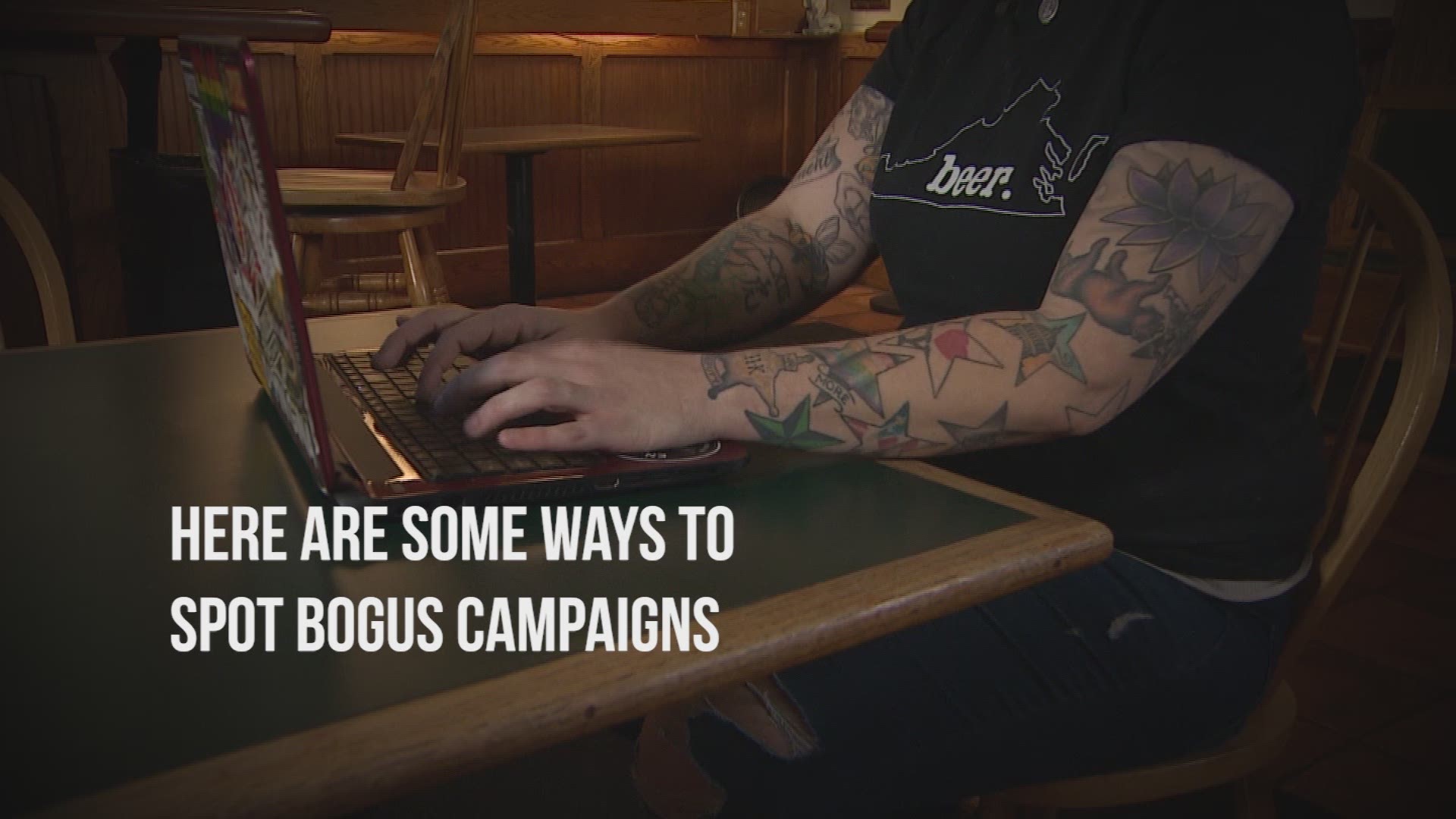 Other cases GoFraudMe has followed include the Minnesota man who was arrested for faking cancer, allegedly to raise money to smoke marijuana and play video games.

There also was the campaign seeking donations for Jared Aguilar's funeral, even though he wasn’t dead.

In San Antonio, a teenager with Down syndrome died while trying to cross the interstate. A total stranger to the family set up a campaign to cash in.

“I think people need to be really, really careful after any tragedy,” Gonzalez said. “Every time something bad like that happens, these people come out of the woodwork.”

A GoFundMe spokesperson called bogus campaigns “unfortunate and rare,” saying they represent less than one tenth of one percent of all campaigns. The company also said it investigates claims within 24 hours, makes refunds to donors and guarantees donations for intended recipients who never received any money.

A GoFundMe to raise funds for Sprocket said the dog suffered from degnerative disk disease. It turns out the campaign was a fraud, as was the photo of Sprocket.

In a series of e-mails, GoFundMe would not answer questions about the total number of fraudulent campaigns, the total amount refunded, or the number of cases under its “GoFundMe Guarantee.”

The apparent lack of transparency makes the founder of GoFraudMe skeptical.

“I wouldn't be sitting in this chair if it was that rare,” Gonzalez said.

For the Zuniga family, any measure to better police crowdfunding fraudsters can’t come too soon.