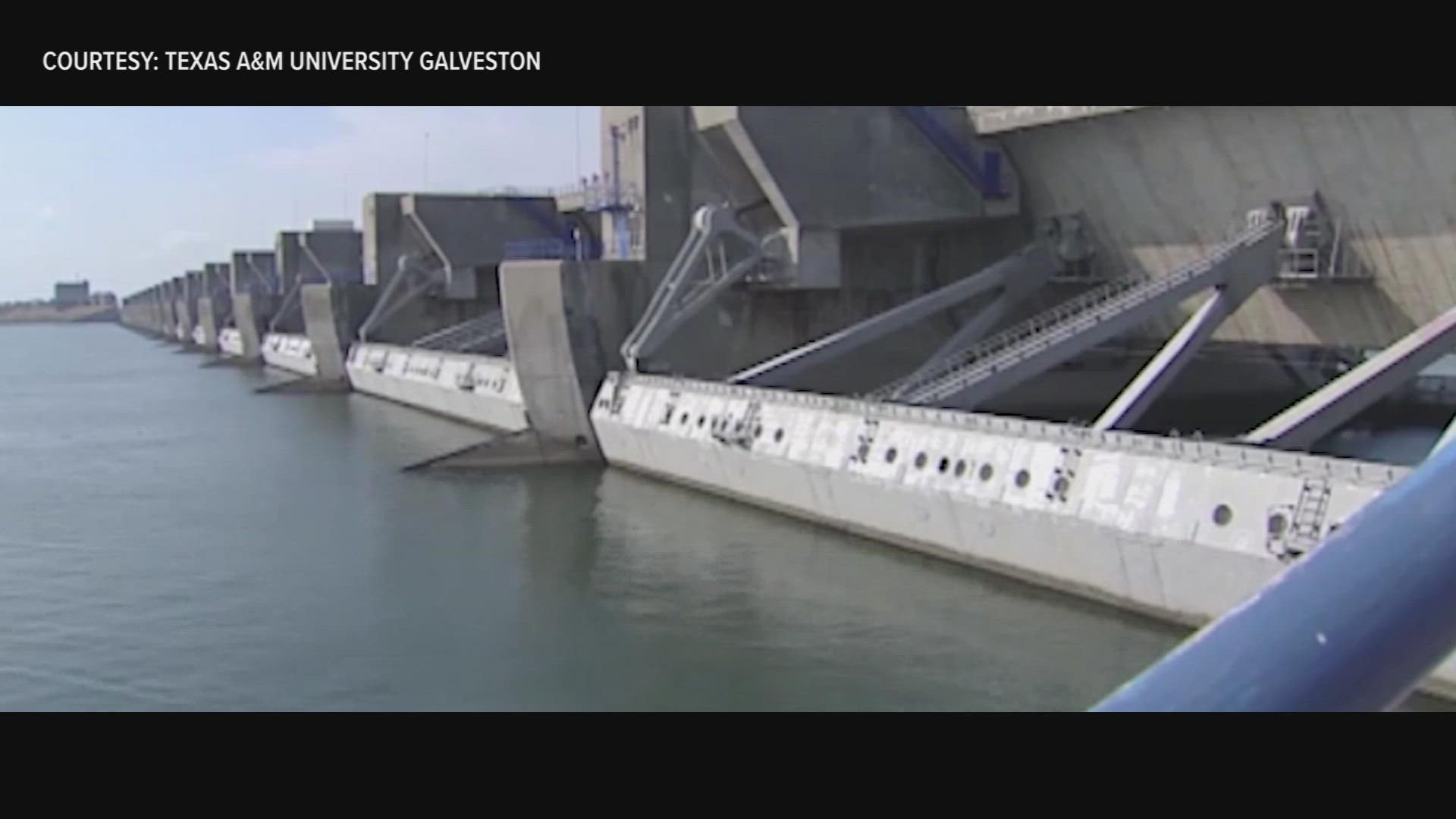 HOUSTON — Hurricane Ida hit Louisiana hard and fast. A storm of that magnitude brings up all sorts of questions, such as, what if it had made landfall in Galveston?

Would we be safe?

A proposed protection system that has been long talked about is gaining ground, but construction has yet to begin.

As Hurricane Ida barreled toward the Louisiana coast, it showed no signs of slowing down.

“Rapid intensification was exactly what happened with Ida. It went from a Category 1 and all of the sudden your newspaper, the reporters, the main weather people were talking about, oh, this may go up to a Category 3 and then it became a Category 4. It happened very quickly,” Jim Blackburn said.

Environmental lawyer and co-director of the Severe Storm Prediction, Education and Evacuation from Disaster Center at Rice University, Jim Blackburn, has been studying hurricanes that take aim at the Texas Gulf Coast for more than a decade.

“These storms are killers, and they will destroy the economic base that we've got here, and it will destroy the housing along the bay if we don't get this protection built,” Blackburn said.

Three years after Hurricane Ike (2008) made landfall near Galveston Bay, a professor at Texas A&M University at Galveston came up with what is known as the “Ike Dike," a barrier that would protect Houston-Galveston from dangerous and costly hurricane storm surge. It would extend Galveston’s seawall, add levees and pumps along the coast, and build gates that could close off the ship channel to protect people and petrochemical plants.

But, 10 years later, those plans are still on paper.

“These are very, very difficult kinds of designs to get right. I mean, they the two-mile segment between Galveston Island and Bolivar Peninsula. That's where basically all the water that moves in and out of Galveston Bay comes through that area. It's very, very tricky from a design standpoint. It's a very difficult design to get right, and if you get it wrong, you can actually have tremendous negative impact to Galveston Bay,” Blackburn said.

The project has an estimated price tag of $26.2 billion, which creates another hurdle, finding the money to pay for it.

“There has to be a final environmental impact statement issued and that has to clear the U.S. Army Corps of Engineers, and a record of decision has to be issued. All of that should be forthcoming in the next month or two,” Blackburn said.

But time is ticking, and Blackburn says Hurricane Ida is a harsh reminder that it is not a matter of “what if” but “when” it could happen here.

U.S. Sen. John Cornyn, a big supporter of the Ike Dike, has successfully secured funding for multiple studies including the Coastal Texas Protection and Restoration study, which is set to be completed this year.

"Once the plan is final, it will be submitted to Congress for authorization and funding. When that happens, I'll be ready to fight alongside other members of the Texas delegation to strengthen Texas' coast," Sen. Cornyn said.