Those companies initially didn't agree to make their information public, and they hadn’t been required to do so until a Texas PUC order required the disclosure. 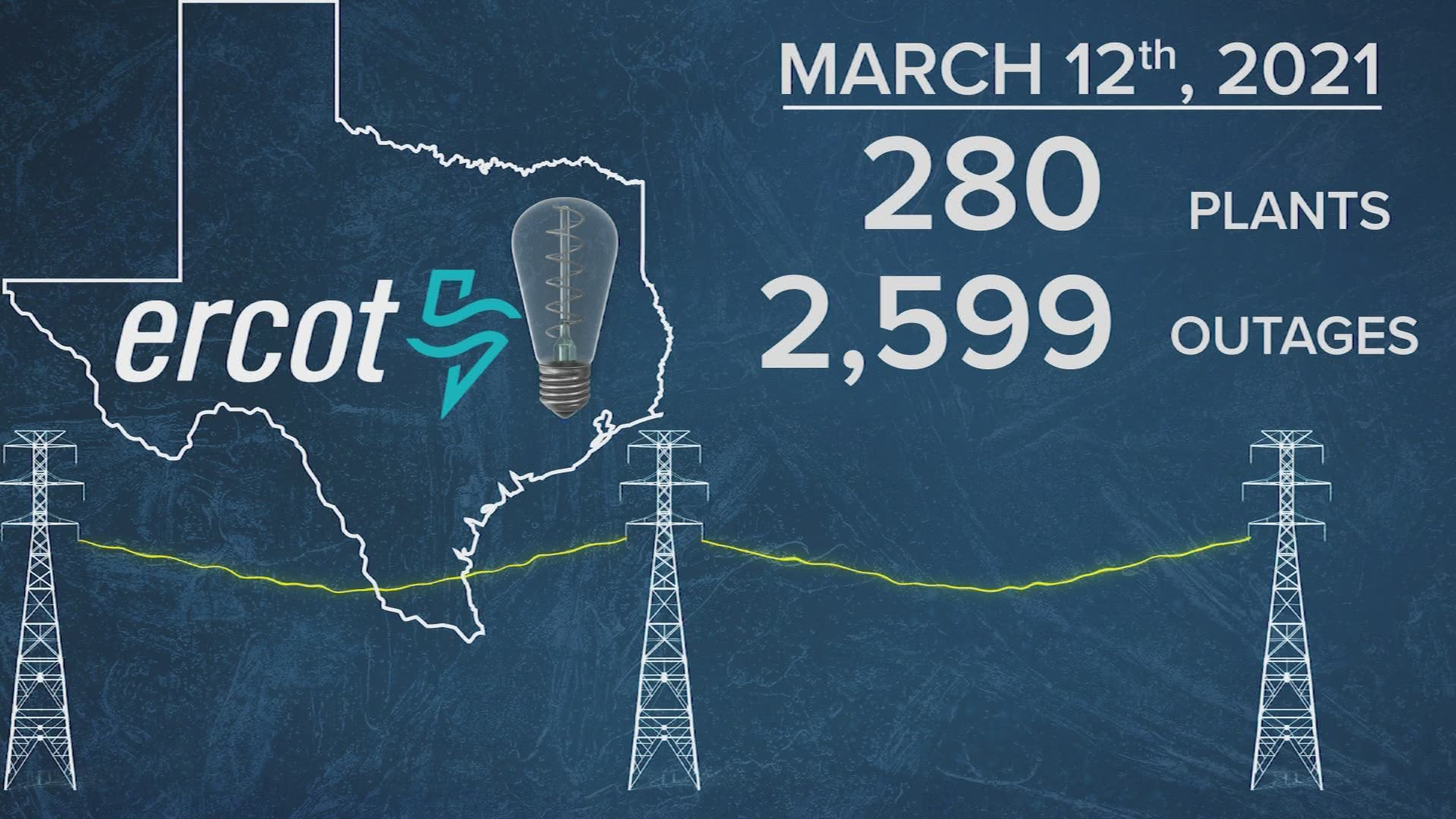 HOUSTON — A newly released list of power outages during the recent winter storm reveals dozens of power companies are now disclosing hundreds of outages that weren’t publicly disclosed before.

Those companies initially did not agree to make their information public, and they hadn’t been required to do so until a recent Texas Public Utility Commission order required the disclosure.

Oxy Vinyls’ facility previously failed in 2011, making it part of the 50 percent of Houston-area plants that failed during last big freeze and this one.

Neither list contains the reason why the power failures occurred. That information continues to trickle in through testimony at state legislative hearings in Austin.