Claudia Bond is still grappling with the effects of the procedure she said changed her life. 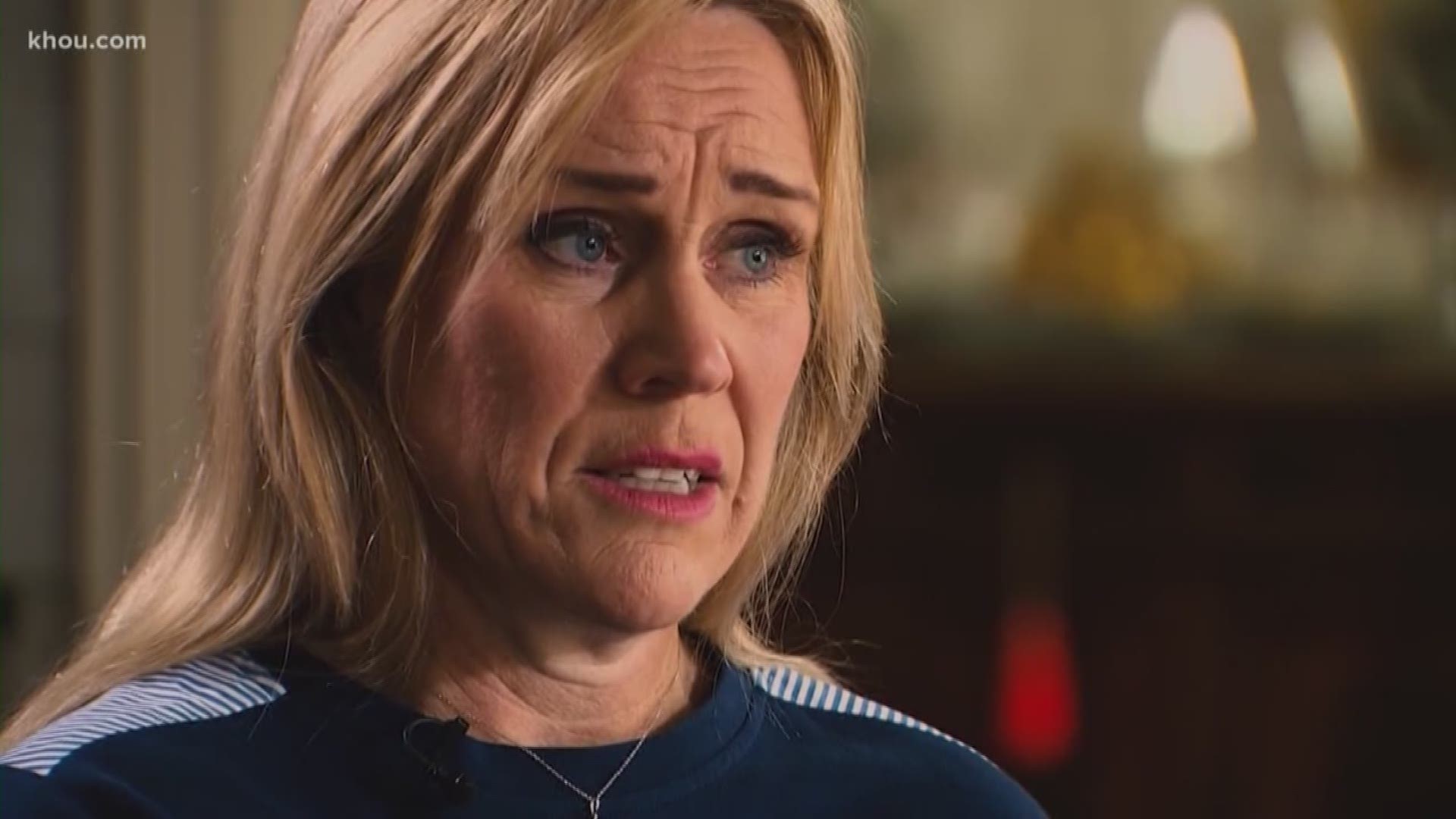 CONROE, Texas — As a wife and mother of four, Claudia Bond cherishes every moment she spends with her family. They’ve traveled the world together and have celebrated many milestones. Those moments are more meaningful these days after surgery five years ago changed her life.

Bond, then 44, began having severe stomach cramps and went to see Dr. Gerald Bullock, an OBGYN at Conroe Women's Associates.

“I just had this massive bleeding problem, which he said would be my uterus, and that's why he would take it out,” Bond said.

She was scheduled for two procedures: a vaginal hysterectomy, which removes the uterus but leaves the ovaries and fallopian tubes intact, and a bladder repair surgery.

“The last thing I remember, I think, was feeling that I was in safe hands,” Bond said.

But now she believes her trust was misplaced.

During surgery, Bond’s ovaries and fallopian tubes were removed without her permission, and she said she wasn’t told about it until weeks after the surgery.

“Basically, I’ve woken up like in a 60-year-old body without even knowing why I was feeling like that,” Bond said.

She’s suing Bullock, Conroe Women's Associates and Conroe Regional Medical Center, which has since been acquired by HCA Healthcare.

The morning after surgery, a nurse stopped by Bond’s recovery room and gave her an estrogen tablet. Bond questioned why she needed it if she still had her ovaries.

When she took it up with Bullock, she said he “reassured her she had her ovaries.”

“He goes, ‘No, no, no. You have your ovaries. They were normal. They are fine. Everything is good,’” Bond said Bullock told her.

Reassured, Bond went home to recover. But when she went back for a post-operative check-up, she said her worst fears were realized.

That’s when he told her: “I’m going to have to apologize to you. I’m really sorry, but you don’t have your ovaries,” Bond recalled.

She said Bullock told her that six weeks before her surgery, he told the CEO of CRMC that he was being evaluated for Parkinson’s disease and that his memory was faulty at times.

Bullock confirmed that repeatedly during a six-hour deposition.

“Dr. Bullock, you admit you made a mistake in removing Claudia's ovaries and fallopian tubes?” an attorney asked him during the recorded deposition.

“Correct. We've said that so many times. Yes, I agree,” Bullock replied.

“And you've attributed it, your error in this case, to your failed memory—a symptom of your Parkinson's, correct?” the attorney asked.

Bond filed a complaint with the Texas Department of Health Services.  The state agency flagged the hospital for breaking laws and violating its own policies by not doing a peer review of the surgery, according to court documents.

“The hospital has never taken responsibility or ownership. It's like they just wanted to sweep it under the rug,” Bond said.

Credit: KHOU
In a statement to KHOU 11 Investigates, Conroe Regional Medical Center said, "The hospital took proper steps to ensure that Dr. Bullock was medically cleared to continue taking care of patients at the facility."

In a statement, CMRC said: “The hospital took proper steps to ensure that Dr. Bullock was medically cleared to continue taking care of patients at the facility.”

In the lawsuit, CRMC and the Conroe Physicians Group denied having any legal responsibility.

Bond feels Bullock is a victim in this, too. She believes if hospital administrators had stepped up when he first raised a concern about his health, he may have been able to retire gracefully.

These days, Bond is still grappling with the effects of that surgery. And because of that alleged mix-up, she’s dealing with another medical diagnosis: acute estrogen deficiency syndrome.

“My life's been destroyed, and I just feel that there were red flags all the way along that could have avoided the whole situation,” Bond said.