Susan Eads was killed in 1983 in an empty lot off Nasa Road 1. For nearly 40 years, her murder was unsolved. 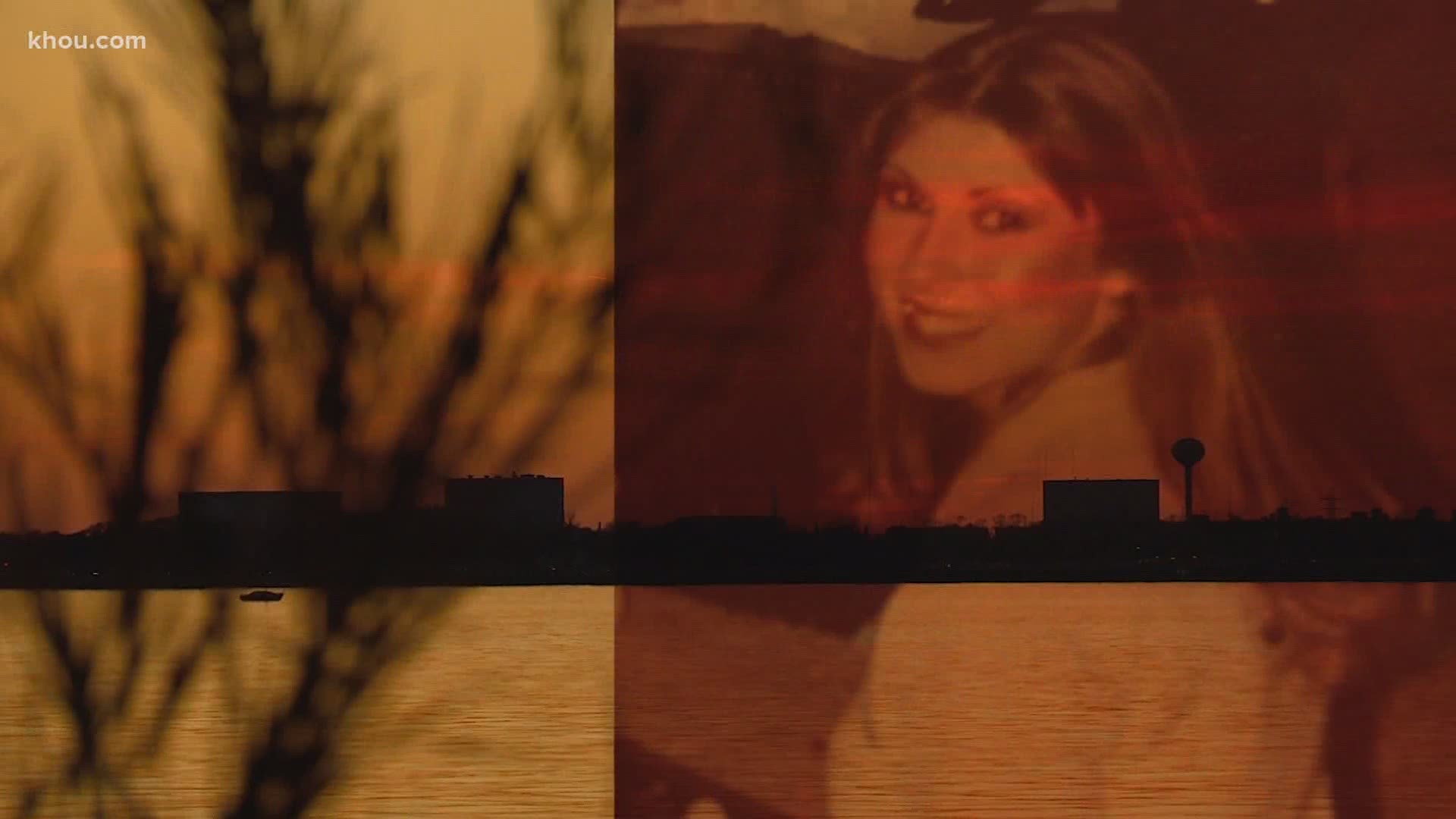 SEABROOK, Texas — For nearly 40 years, Dennis Eads has been left to wonder what happened to his sister.

Then a 20-year-old vivacious brunette, Susan Eads was found strangled to death with a piece of her clothing in the brush of an empty lot in August 1983. Her death has perplexed police for decades.

“You get emotionally invested in these cases,” said Brandon Bess, a Texas Ranger who helped reinvestigate the case. “Emotionally in a good way.”

Davis, 35, was a Vietnam veteran and local boat captain. Investigators identified him with DNA found on the clothing used to strangle Eads.

“It was not in bad condition, which is another reason why we were able to receive or obtain a DNA profile,” said Amanda Balasco, a forensic scientist with the Texas Department of Public Safety.

With that profile, investigators turned to the FBI and genealogists, who spent months comparing the DNA to online ancestry profiles. A match came back to a distant relative and the investigation that followed helped investigators hone in on Davis.

“The relative of the suspect in this case, Arthur Ray Davis, who was a young child at the time of the murder and who was estranged from the suspect, geographically and emotionally was nothing but cooperative with us,” said Glenn Gregory, an FBI special agent who helped in the case.

Credit: Provided
Investigators say Arthur Raymond Davis, the man who they believe killed Susan Eads, matches the 1983 sketch of a suspect believed to have killed her.

Davis, investigators said, matched a sketch of the suspect in 1983 almost perfectly. The sketch shows a suspect with a cowboy hat, hair that falls over his ears, a mustache that hangs past the sides of his lips, high cheek bones and a pronounced chin.

A photo shared by police shows a smiling Davis in a white tuxedo. His smile shows off his high cheeks. His brown mustache spans past his lips. He has a defined chin and brown hair that covers his ears.

Investigators began extensively looking into Eads’ murder again in 2017, though they had little to go on.

They knew Eads was working as a waitress the night she was killed. She had been sexually assaulted, and her car was found abandoned at a nearby boat store on Nasa Road 1.

They also had mysterious phone calls made to Eads’ mother after her death. KHOU helped restore those phone calls in 2018 when Eads’ case was featured in our “Missing Pieces” series, which spotlights cold cases across Greater Houston.

Early in the investigation, in 2018, investigators turned to a known serial killer who was about to be executed. Anthony Shore was known as the “tourniquet killer” and lived in the area.

“He looked good for the case because the way he killed his victims and the way Susan was, unfortunately, murdered was the same way he did it,” Bess said.

Later, they got their break on Davis.

Davis, though, died from injuries in car crash four months after her murder. The crash was less than a mile from where she was killed.

Eads’ brother, Dennis, still wonders about Davis’ motive for killing his sister. And though investigators believe they’ve solved the case, they’re hoping to solve that, too.

They’re asking anyone to call the Seabrook Police Department at 281-291-5610 with information about a motive or if Davis was connected to other crimes.

Investigators said they presented their evidence to the Harris County District Attorney’s Office. If Davis was alive, investigators said, he likely would have been indicted for her death.

Though, he concedes, “It is a little disconcerting that he won’t give his justice in this world.”