Almost four decades later, investigators alongside Susan Eads' family came to say a final goodbye. One by one, they placed roses on her grave. 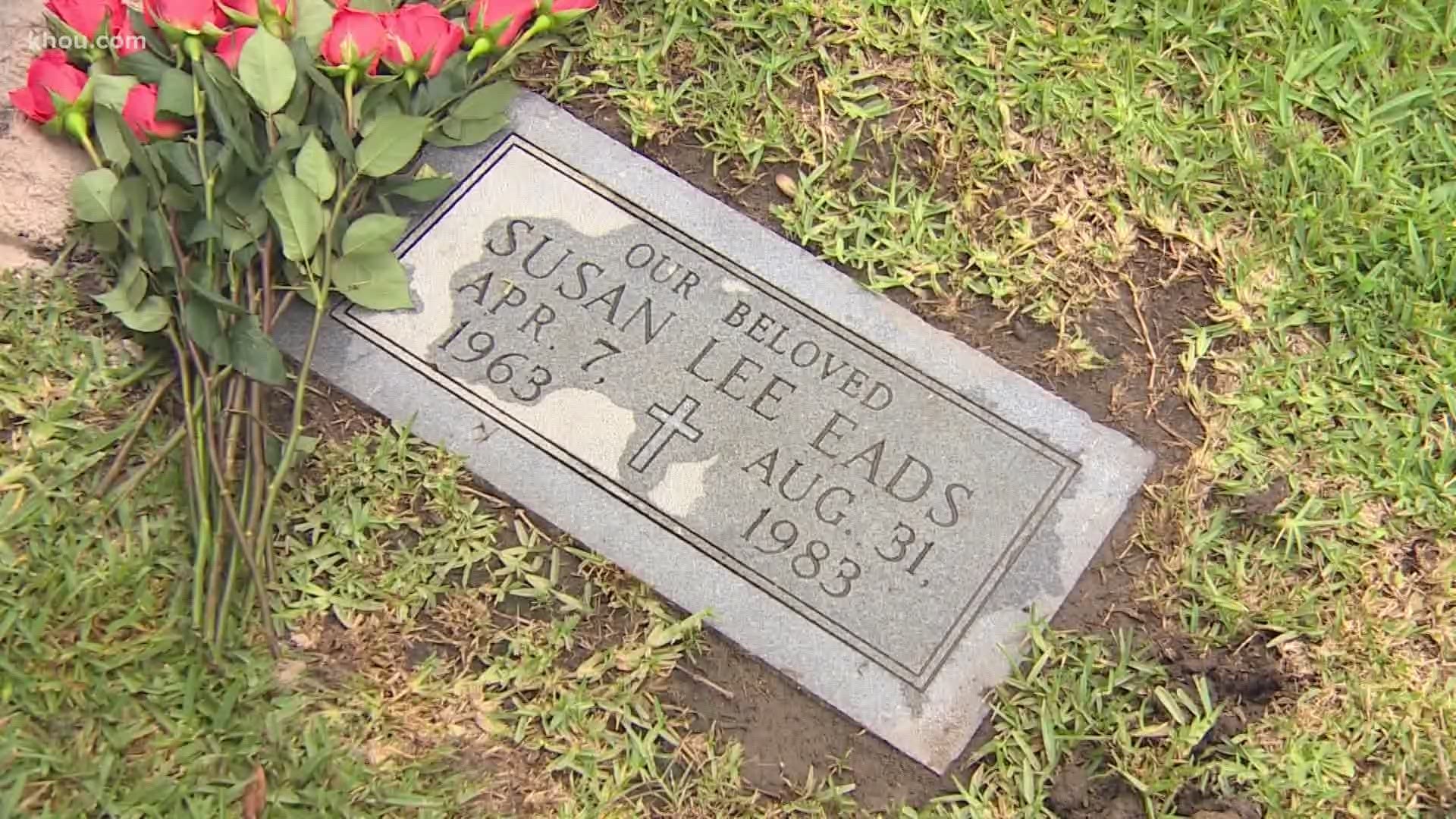 HOUSTON — The family of Susan Eads and the investigators who broke the Seabrook cold case gathered to place roses on her grave after the case was recently solved.

Friday, standing at their sister’s grave, this family says they have something they didn’t have in 1983 when she was killed at 20 years old.

“Hope is always there for our crime victims,” said Texas Ranger Brandon Bess.

He's part of the team of investigators from Seabrook Police and the FBI who used forensic genealogy to identify a suspect, a man named Arthur Ray Davis, whose DNA matched from evidence at the crime scene.

However, they are still looking for the public’s help to answer why.

Almost four decades later, those investigators alongside Susan Eads' family came to say a final goodbye. One by one, they placed roses on her grave.

“It just brought back all the good times we had with her," Karen Eads said.

It's a reminder no one can take away Susan Eads' joy.

“An incredible effort, by some amazing people, made today possible,” Dennis Eads said.

Anyone with information on Arthur Ray Davis is asked to call the Seabrook Police Department at (281) 291-5610. You can also submit a tip through the Texas Rangers Cold Case website.