Sally Earwood was 46 when she was stabbed to death outside the J&J bar on Fulton. 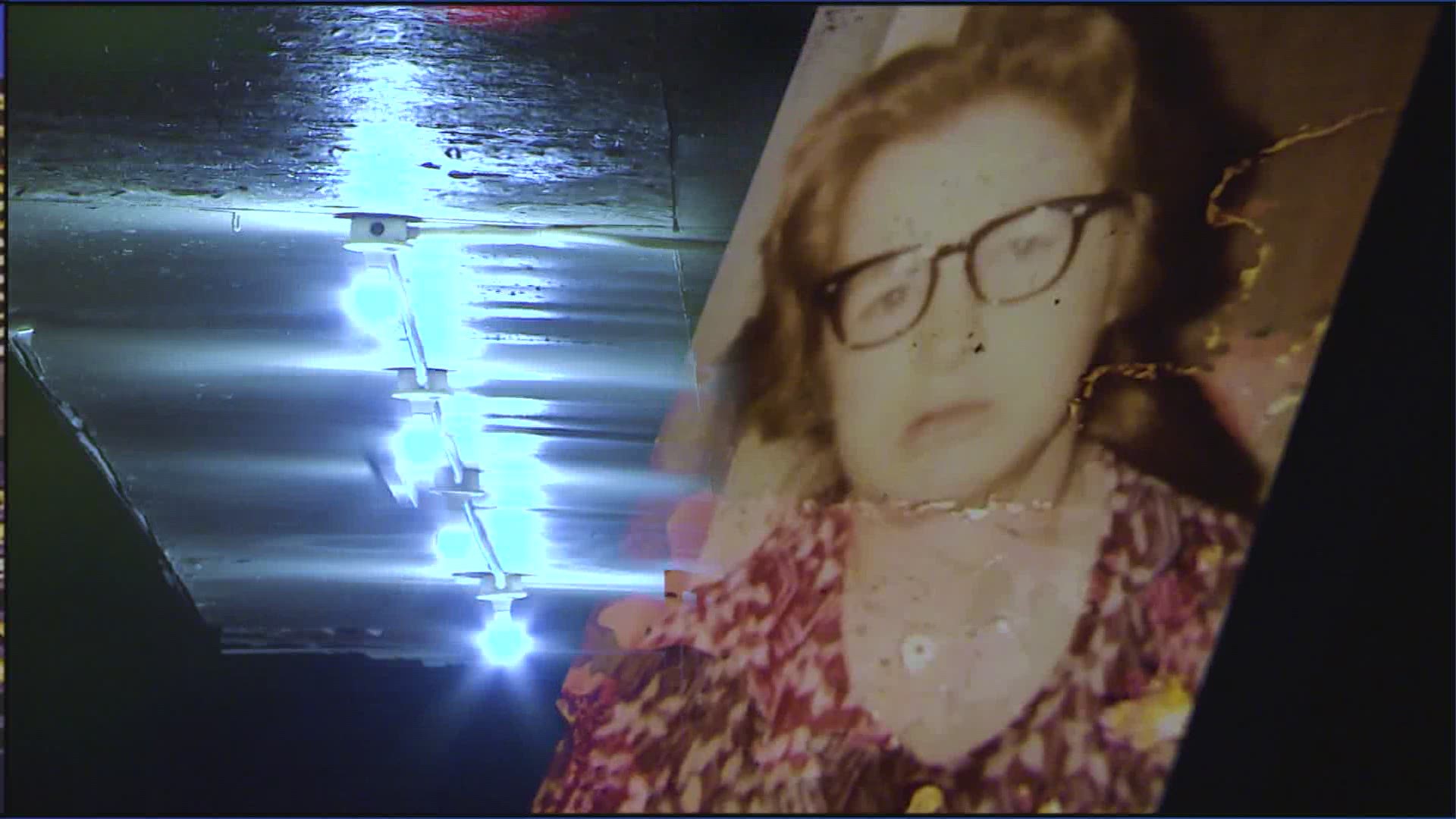 HOUSTON — Houston was booming at the beginning of the 1980s. The oil bust hadn’t hit yet. AstroWorld was in its heyday.

Sara "Sally" Earwood was 46 when she was found stabbed to death outside the J&J bar where she worked. The bar was north of downtown on Fulton Street.

On Tuesday, for the first time, her five children revisited the crime scene with KHOU 11 News for our Missing Pieces series that highlights cold cases.

“She was the neighborhood mom," Earwood's daughter Gena Burrows said.

Burrows said her mom was rebuilding her life at the time of her death. Earwood had just left her husband and was planning to start a new job at a department store downtown, but Houston police said they're still looking into whether those life changes had anything to do with her death.

“This is 10300 Fulton. This used to be the J&J Lounge back then, in 1981," Houston Police Department Detective Paul Vela said

Where J&J used to operate is now a resale shop.

“It’s crazy to say, but in 1981, these little tavern beer joints, ice houses, they were like family," Burrows said.

It was Thursday night, Nov. 19, 1981. Just after midnight, Earwood was the lone employee closing shop.

“She was attacked inside, and her car was parked by the second bay door," Vela said.

Police are sharing crime scene photos for the first time.

You can see inside the bar: A pool table, folding chairs and a small counter where you could pull up a barstool and grab a beer. However, there was one thing missing.

“Cash register, all the money is gone. From what I read, the receipts are gone for that night," Vela said.

If the killer grabbed that cash, what was left behind is puzzling.

“I normally don’t speculate, but when you have the victim’s purse with jewelry ... with money still there, you keep an open mind," Vela said.

Now four decades later, police said they're looking at a new suspect, but because of the ongoing investigation can't share any more details. Only that they’ve found old evidence from the crime scene they are testing for DNA for the first time.

The new investigation has renewed her children's hope.

“That someone could see the story, see the location, hear her name and remember," Burrows said.

Investigators are hoping that seeing the old crime scene photos will jog someone’s memory. If you can help, Crime Stoppers wants to hear from you. Call 713-222-TIPS with any information.