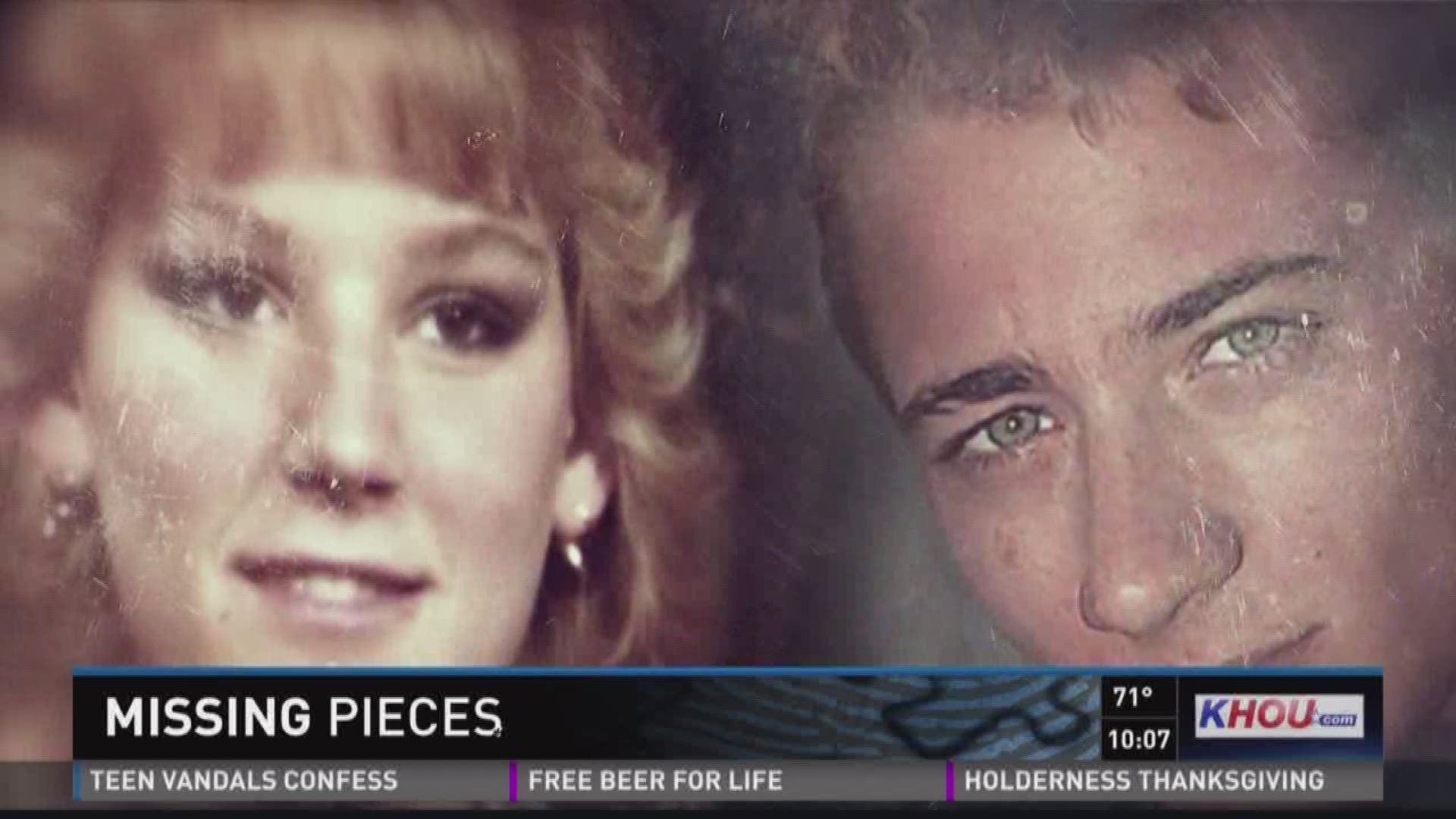 Cheryl Henry and Andy Atkinson were young and in love. It was the summer of 1990. Today, Cheryl’s sister Shane Craig says, “She died when she was 23. So, she's been gone longer than she was alive.”

On August 22, 1990, the couple had parked off Enclave Parkway and Eldridge, it was then nicknamed Lovers Lane.

When Cheryl didn't come home that morning, her family called police. Shortly afterwards someone called them. It was a security guard. Craig remembers, “He said, ‘I found her purse and shoes in her car, in her white car’.”

Just ten minutes later, relatives and friends were in the 1300 block of Enclave, next to Andy’s car. They arrived well before Houston Police.

Later, when the search dogs found Cheryl, officers had to keep her mother back. Barbara Craig says, “To this day, Shern-min, I know if they had let me go to Cheryl, I would have breathed into her and she'd be alive.”

Cheryl had been raped and her throat had been cut. Twenty-one-year-old Andy was tied to a tree and nearly decapitated.

The case now belongs to Houston Police detective Darcus Shorten. Shorten says, “Using a knife shows that it's personal to me. “

Other indications that the killer had a certain ‘empathy’ for Cheryl included hiding her body underneath some wooden boards.

Andy's golf balls and club from his trunk were used to point the way to Cheryl’s body.

Shorten speculated the killer wanted the bodies to be found, saying, “You know, the offender may have known Cheryl.”

So Detective Shorten is trying something relatively unusual, explaining, “Familial DNA is something new.”

Suppose investigators have a potential suspect, but not enough evidence to compel a DNA sample; they do however, have a relative of that suspect who will share his DNA with police.

If lab tests show enough genetic markers match to indicate a relationship, police can use that.

Shorten sums it up saying, “That individual profile can be used as probable cause to go and get a DNA sample from the actual targeted person. “

While investigators await those results, DNA testing has already made one important, though very late, link: Two months before the murders, an exotic dancer was raped in north Harris County. DNA testing was relatively new and expensive. It would take 17 years for HPD's beleaguered crime lab, to run the sample. It turned out to be a match to the Lovers Lane killer.

The rape victim helped generate a sketch of her attacker, which was also aged.

Something else that stood out about the rapist: The victim told Shorten, “He had a very forceful, military-type stance about himself.” That suggested a law enforcement or military background.

There remain many other bizarre twists to this case. A $20 bill was found next to Cheryl’s body. Shorten calls it “very odd”.

Could the killer have frequented clubs, where tipping was common?

Then in 2001, someone sent a letter to police, promising information for $100,000. Was it written by the killer or was it a hoax? Either way, it never led to anything.

Today, Enclave Parkway is a well-developed business corridor. Mid rises and a parking garage stand where Cheryl and Andy were found. It's hard to recognize.

For Cheryl's family, the photos and mementos and the good memories are increasingly precious. Her father, Bob Henry, flips through a photo album pointing to favorite pictures of Cheryl and her siblings.

Her mother, Barbara wears Cheryl’s ring and watch. That and seeing her daughter in heaven, help comfort her.

Barbara says, “In my mind, I can see Cheryl holding other people…because they were traumatized too…and (she) lets them know that they're fine now.”

Cheryl was the oldest of six and Barbara needed to raise her other five children. That may have saved Barbara’s life.

If you think you can help with the case, contact Houston Police’s cold case squad.

For more on the Lovers Lane murders and other unsolved Houston Cold Cases, click here.