The killer still hasn't been caught, but the victim's family hopes this newly-released video will help lead to new tips. 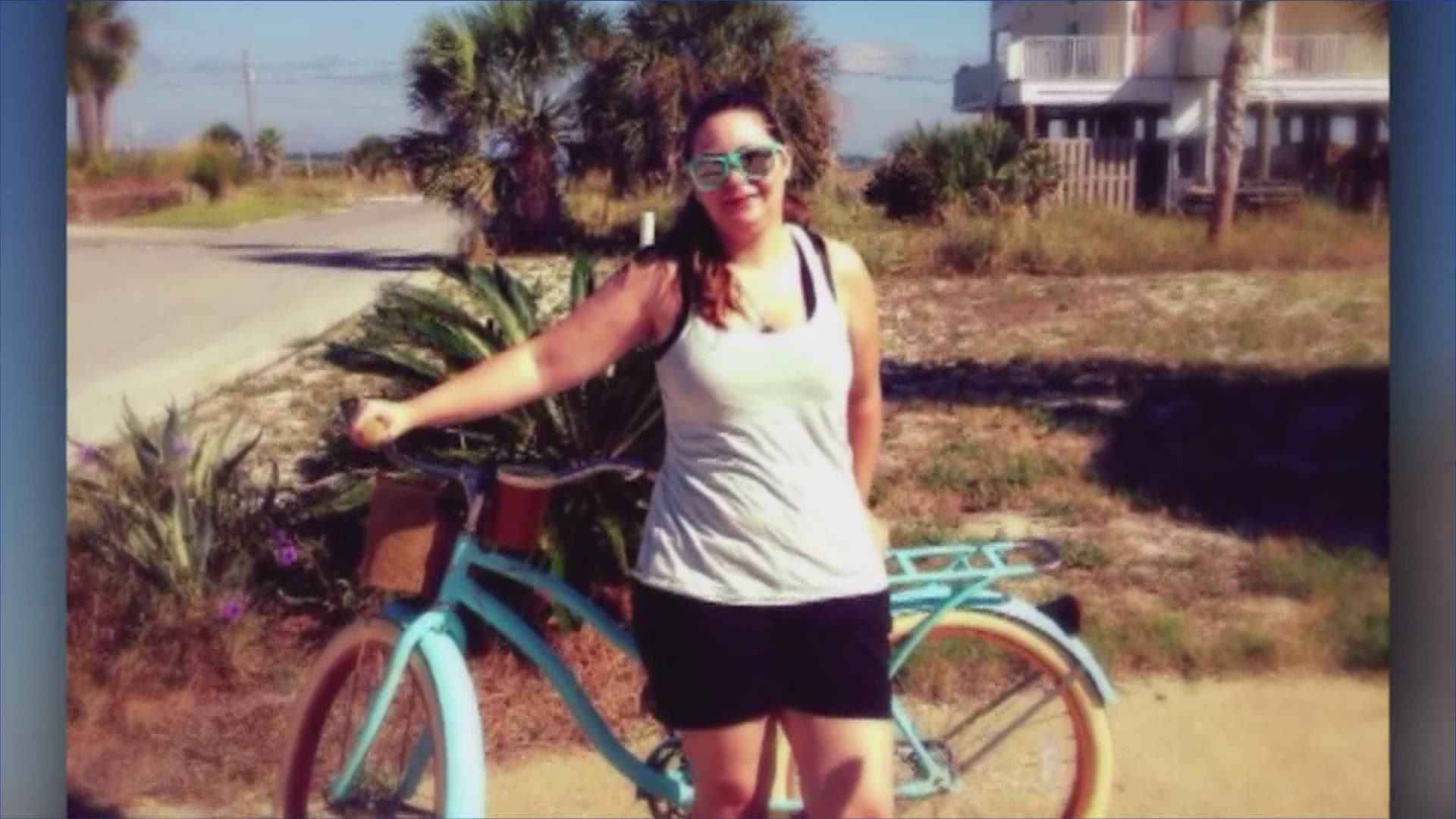 TOMBALL, Texas — For two years, it's been a question that's been haunting her friends and family: Who killed Elizabeth Barraza?

Ever since she was shot and killed in the driveway of her Tomball home, investigators have been trying to find her killer. Now, new surveillance video from that morning is shedding new light on the case. We do want to warn you, the video is graphic.

“It is frequently as fresh and painful as it was two years ago," Barraza's father Robert Nuelle, Jr. said.

Not a day goes by that he doesn’t think about his daughter.

“I miss being able to pick up the phone and call her," he said.

A new home surveillance video shows the 29-year-old's murder from her own front porch. It was Jan. 25, 2019, at 6:53 in the morning. Barraza was setting up for a garage sale in the driveway of her Tomball home when she was shot to death by a killer in a disguise. Watch the video below:

“Everybody’s interested in dramas and cop shows, well we are giving you straight up a murder video that you can study and watch," said Det. Wallace Wyatt, the new detective on the case for the Harris County Sheriff's Office.

The video also shows a new view of the killer’s truck. Similar to a black 4-door Nissan Frontier with a pro-4x sticker.

In the video, Barraza says “Good morning” to her killer. There’s a brief exchange of muffled words, then the shooting.

“You see Liz in the video notice the gun and she jumps, it scares her. I think Liz then, may have known that person," Wyatt said.

The truck was seen in the neighborhood the night before and the morning of the murder, waiting for Barraza’s husband to leave. After the murder, it left and then passed back by the house again.

Wyatt said they are still working to identify suspects but said they also have some people identified already.

“As far as good (suspects), we have several people we look at, we've gone through, we’re still looking at more," he said.

Nuelle and Barraza's husband are still close. They are building a droid together they’ve named R2-LZ, because Liz was a huge Star Wars fan and loved visiting hospitals in costume.

“Our coping mechanism is to focus on doing things that she would have done," Nuelle said. “Just because she was murdered doesn’t mean the good she was doing ends.”

There were no shell casings found at the scene. Leading detectives to believe the murder weapon could be a revolver. If you have any information, call Crime Stoppers at (713) 222-TIPS. There’s still up to a $20,000 reward and tip callers can remain anonymous.