"Sedition Hunters" are out to expose the rioters who took part in the raid at the U.S. Capitol in January. 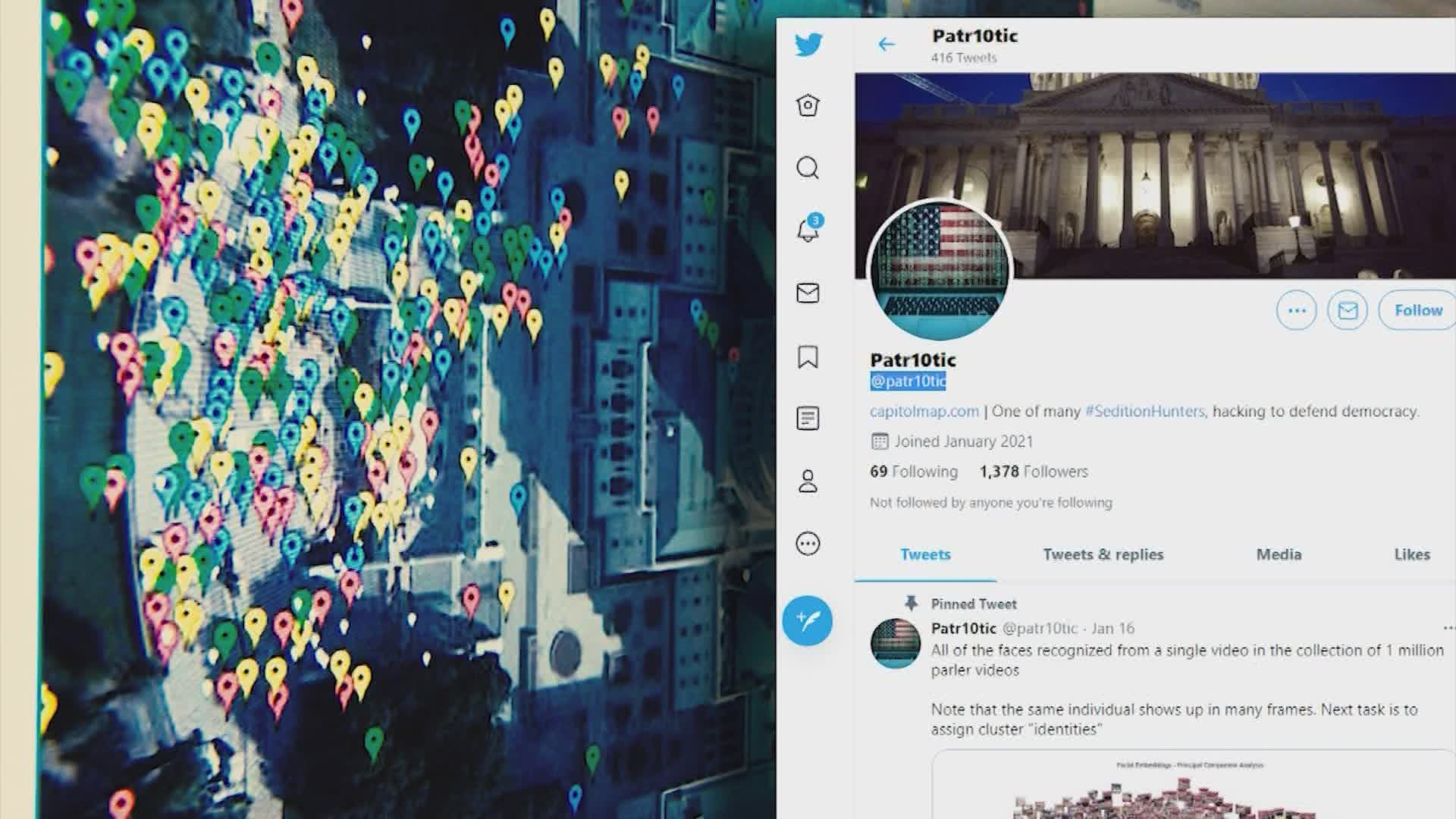 HOUSTON — Using GPS metadata, videos and high-tech face recognition tools, a growing online movement that uses the hashtag #SeditionHunters is exposing those involved in the January attack on the U.S. Capitol.

One of those efforts is an interactive map developed by a California man who uses the Twitter handle Patr10tic and describes himself as an intelligence expert with years of experience in the private security field. The online tool plots hundreds of videos taken outside and inside the Capitol the day of the riot.

“The most important objective, I think, is to make sure that no one forgets what happened that day and everyone is exposed to the brutal reality of how close we came to a complete falling apart of our country,” the map’s creator said.

He requested anonymity out of fear for his own safety.

The videos were publicly posted on the social media platform Parler and archived by a researcher known as “crash override” before the app was shut down last month. From them, the California private security used artificial intelligence to build a face recognition tool where people can upload a photo of someone they know to see if it matches someone at the riot.

“I think that a tool like the one that I built is this helpful for family members to say, ‘Hey, I know you're there, I think you should maybe disconnect some of these people, they're dangerous,’” the map’s creator said.

He conceded the online tool is not without controversy and carries potential privacy concerns.

“I'm constantly evaluating whether or not the tool that I've created is a net harm or benefit to society, and I'm trying to figure out what the balance is,” the creator said.

Both the FBI and U.S. Department of Justice have readily used the Parler videos to investigate and charge people involved in the U.S. Capitol attack. As to whether they are actively cooperating with the so-called “sedition hunters,” both agencies officially had no comment.