HOUSTON — A leak in a tank manifold is the initial cause of the fire that continues to burn at a chemical storage facility in Deer Park, according to company reports filed with state environmental regulators that KHOU 11 Investigates obtained.

The portion of the Intercontinental Terminals company on fire contains 15 storage tanks in three rows of five. The fire originated right in the middle, “tank 80-8,” according to air emission event reports filed by the company Monday.

In the “cause of emission event” section of the report, the company wrote “there was a leak that occurred in the 80-8 manifold. The release ignited, resulting in a fire within the manifold, involving tank 80-8 and other adjacent tanks as well.”

According to a University of Houston chemical engineer, a manifold functions much like a junction box. It regulates the flow of fuels from different pipes in and out of the storage tank.

That engineer said it’s likely the product inside the storage tank did not spontaneously ignite, but rather had an outside ignition source such as a spark. 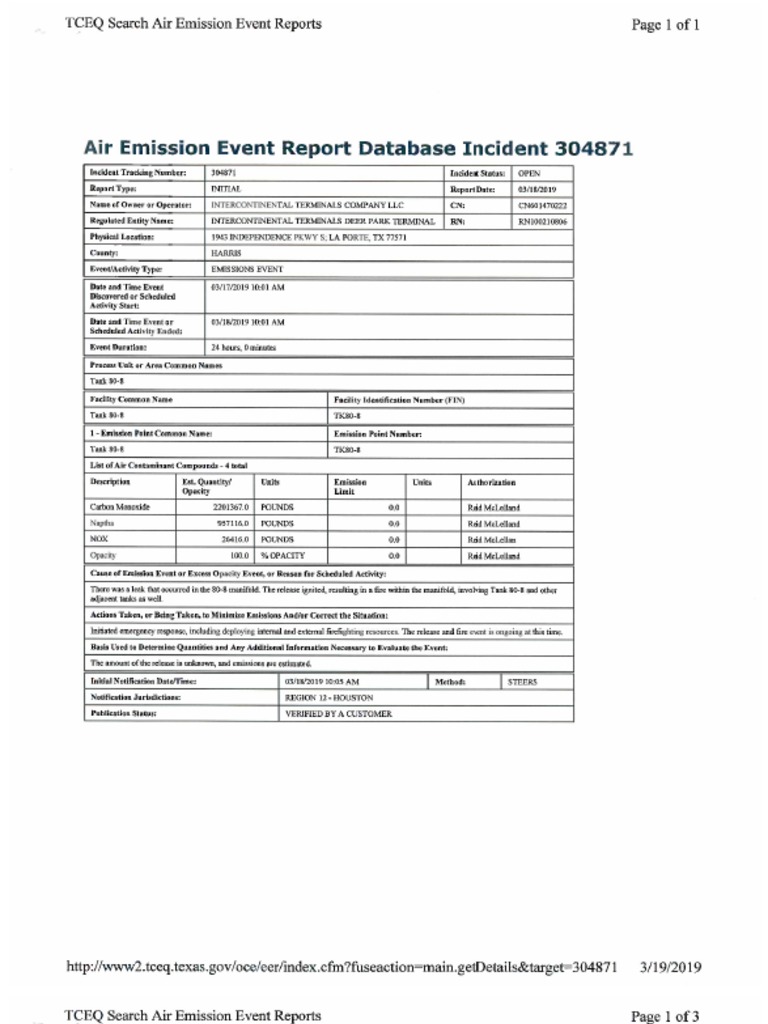 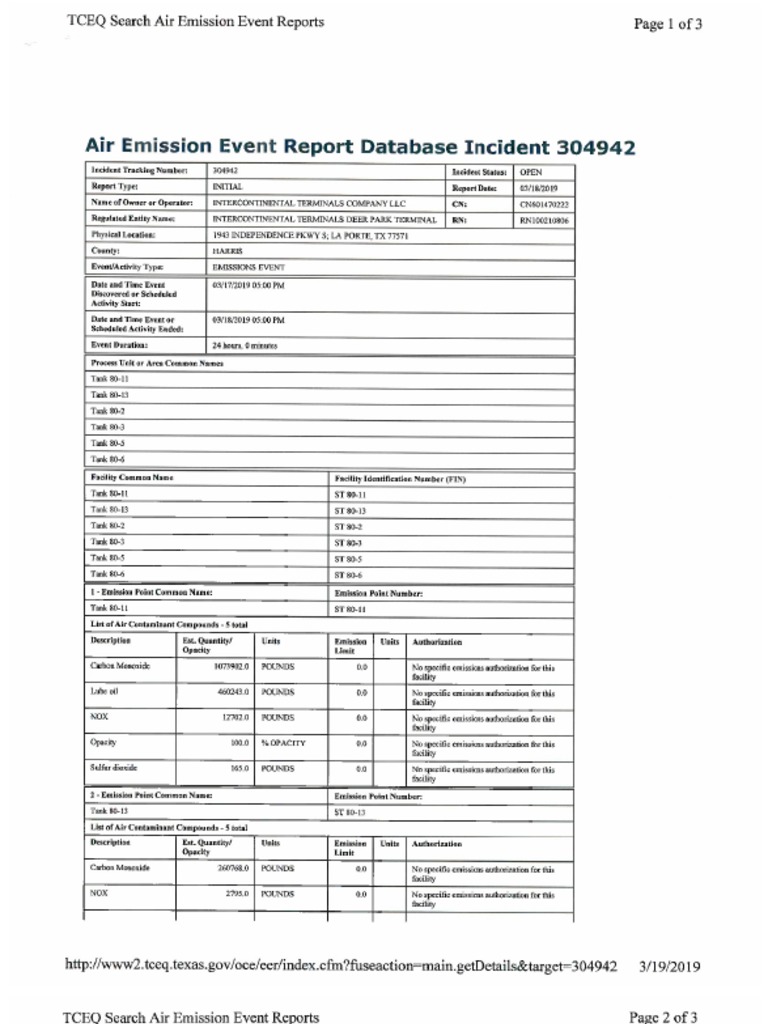