Records show many of the offenders Judge Greg Glass allows to be released on bond get charged with other crimes. 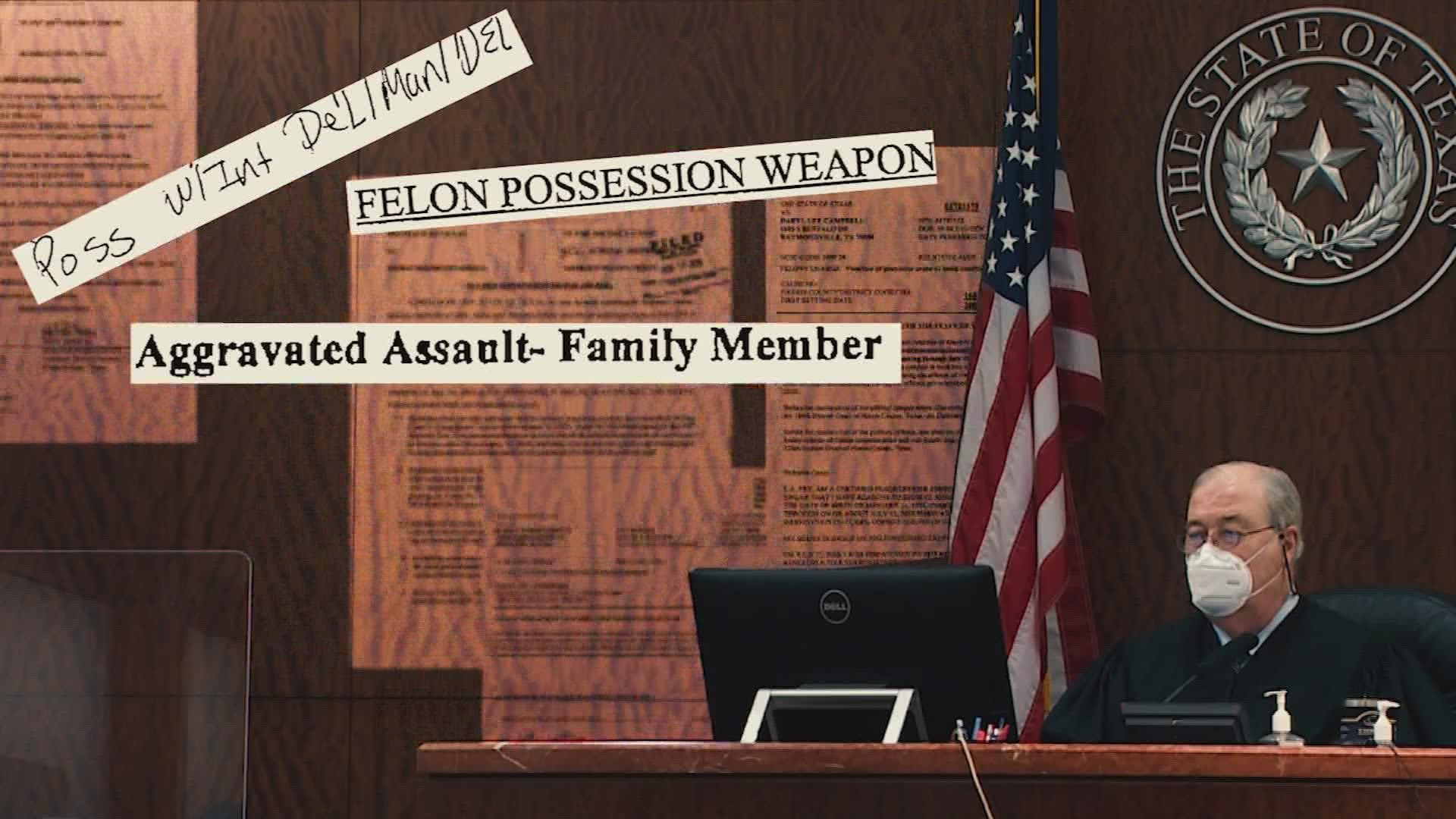 HOUSTON — The Harris County judge under fire for previously granting bond to an accused cop-killer has a history of not keeping habitual offenders in jail, a KHOU 11 analysis of court records has found.

The Harris County District Attorney’s Office tried to keep the career criminal in jail until his trial on the drug charges. Prosecutors filed a motion to deny bail, but Glass did not grant the motion. He lowered a magistrate’s bond from $25,000 and $40,000 on the two charges down to $10,000 and $20,000.

Since taking the bench in January 2019, court records reveal Glass has routinely ignored prosecutors’ attempts to keep habitual and other violent criminals off the streets until their day in court.

“You keep letting them out, you keep spitting them out to re-offend,” said Andy Kahan, Crime Stoppers of Houston director of victim services and advocacy program. “I call it the 'Harris County bond pandemic,' and people have paid the price.”

The former girlfriend of Jorge Garivaldi paid the price three separate times after Glass freed the repeat offender on bond. In one case from June 2020, Garivaldi allegedly kicked her in the head and face. In another, he was charged with stabbing the woman with a screwdriver. Prosecutors had filed motions to deny bail both times, with no success.

Eight months later, Garivaldi picked up another assault charge for beating up the same woman. In that case, Glass again ruled against the state’s motion to deny bail and allowed a $50,000 bond.

“To me, the defendant’s a ticking time bomb,” Kahan said. “When you continually release defendants time and time again, you’re giving them a license to kill.”

'Blood on his hands'

The Houston Police Department buried Senior Officer Jeffrey with a final salute to a distinguished 31-year law enforcement career. Police said Jeffrey, Vance and other members of HPD’s Major Offenders Squad were serving an arrest warrant at the apartment of Ledet when he fired multiple rounds at the officers.

The Houston Police Officers Union said Glass had “blood on his hands” for allowing Ledet out on bond months earlier and called for the judge’s resignation.

“I want to know where Judge Glass is?” HPOU president Douglas Griffith said. “Why has he not responded to any kind of messages from anyone? He needs to answer up for this.”

Glass gave KHOU 11 Investigates no answers after we sent him a list of dozens of cases in which he turned prosecutor pleas to keep violent criminals in jail until trial.

Another defendant, Jarvis Williams, faced four separate charges: aggravated robbery with a deadly weapon, aggravated assault, felon possession of a firearm, and drug possession with intent to deliver. In each case, prosecutors tried to keep him off the streets, yet Glass granted bond.

Court records also reveal a five-time bond recipient in Glass’s court. James Carroll picked up five separate felony charges from March 2020 to August 2021 and was released on bond, despite attempts from the Harris County District Attorney’s office to keep him in custody.

'It's never been this bad'

Roe said the pattern and practice ramped up after the 2018 election sweep by Democrat judges. When it comes to the revolving door of felony bonds, she said the elephant in the courtroom is politics.