Records show the Channelview industrial facility that caught fire has a clean environmental record recently but was cited in 2015 and 2016 for violations. 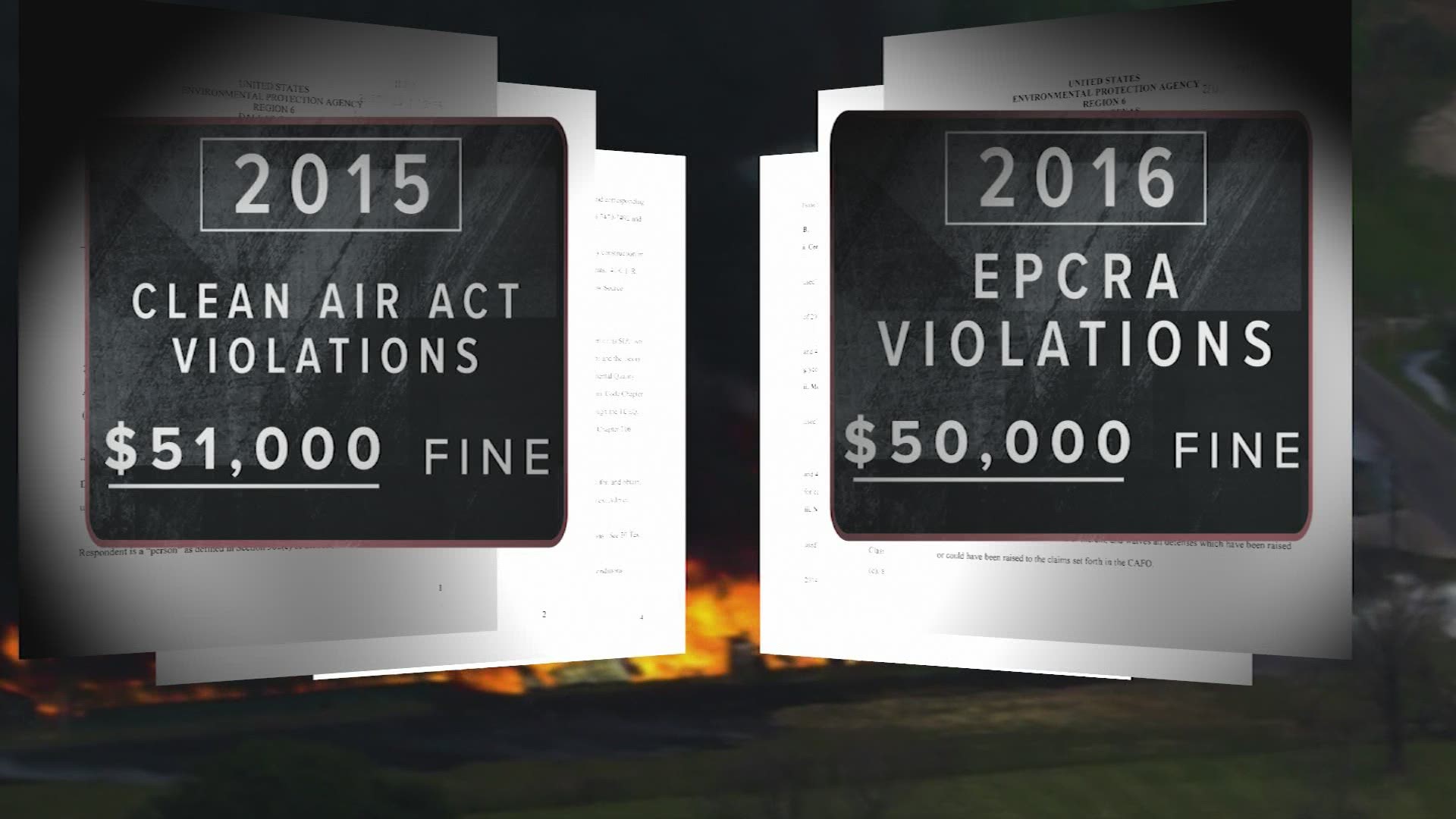 CHANNELVIEW, Texas — The Channelview industrial facility that caught fire Wednesday has a clean environmental record recently but was fined more than $100,000 around five years ago, according to a KHOU 11 Investigates analysis of federal records.

A check of the enforcement and compliance history with the U.S. Environmental Protection Agency reveals K-Solv had no violations of air or water quality laws for the past three years.

The 2015 penalty included violations for failing to keep complete records relating to the company’s barge depressurizing and degassing operations, as well as improper venting of acetic acid.

The 2016 fine was for failing to file “Form R” reports between 2010 and 2013 for nine different toxic chemicals, including tolune, xylene, styrene and hexane. The required reports contain a facility’s “toxic release inventory” and detail how it manages chemical waste.

Also in 2016, the U.S. Department of Transportation Pipeline and Hazardous Materials Safety Administration fined K-Solv $3,070 for its handling of hazardous materials, including a drum that had not been properly closed.