Investigation of Arkema explosion sparks warning to other chemical plants

On Wednesday, in a news conference to provide an update into its ongoing investigation, U.S. Chemical Safety Board (CSB) chair Vanessa Sutherland said the chemical industry can no longer think an extreme weather event can’t or won’t happen at their plants. 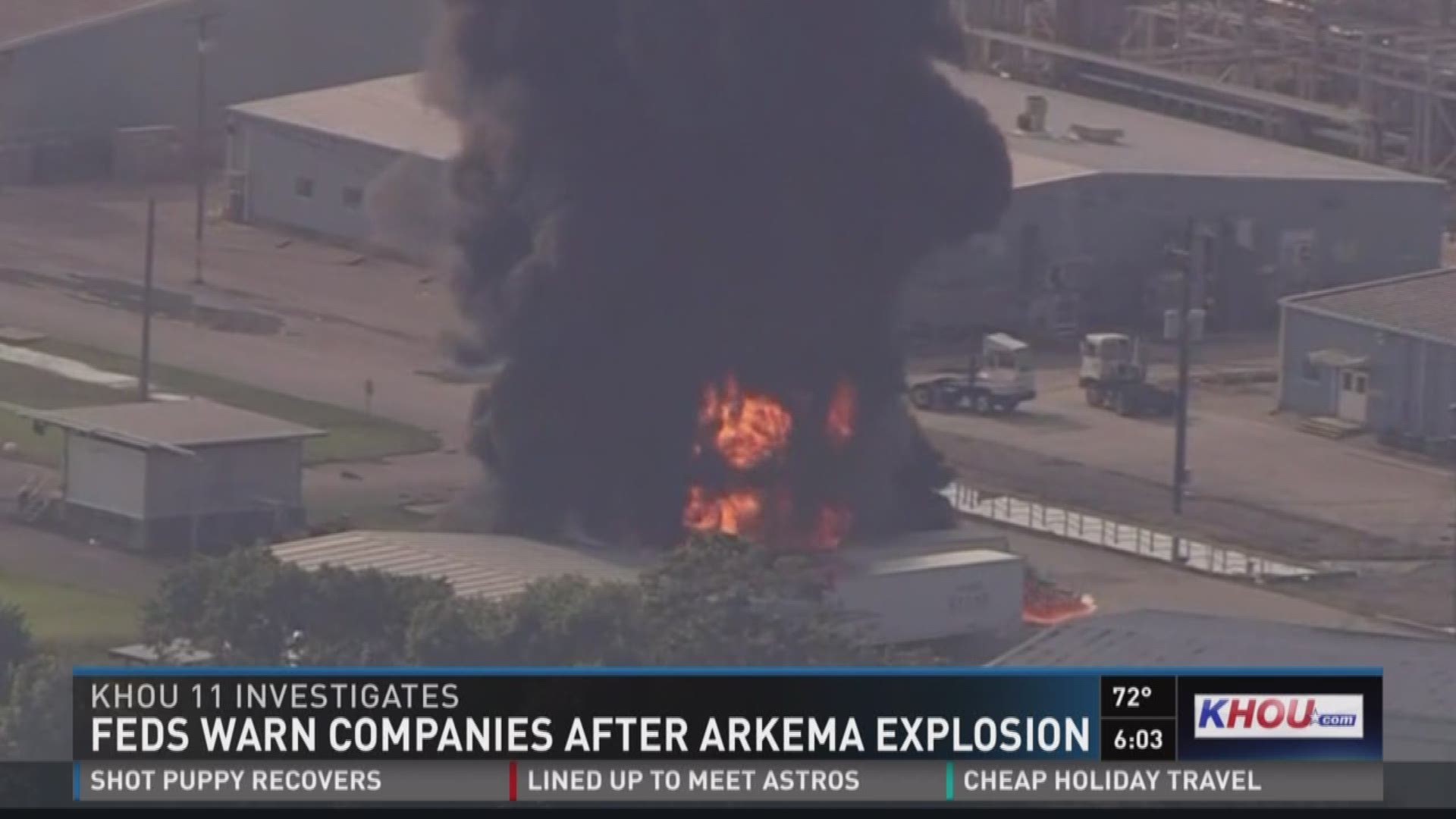 CROSBY, Texas - Before the federal government began investigating, before the lawsuits filed by Crosby residents and first responders and before the final containers holding the liquid organic peroxide were intentionally eradicated, Arkema’s CEO Richard Rowe said the amount of flooding that impacted its chemical facility in Crosby was “something I don’t think anyone in this area ever predicted.”

On Wednesday, in a news conference to provide an update into its ongoing investigation, U.S. Chemical Safety Board (CSB) chair Vanessa Sutherland said the chemical industry can no longer think an extreme weather event can’t or won’t happen at their plants.

"We don't want people to be lulled into thinking that the plan they have today that they made a year or two or three years ago, is still going to be adequate,” Sutherland said.

In August, flooding rains from Hurricane Harvey swamped Arkema’s Crosby plant. The rains forced a storm ride-out crew to evacuate and back-up generators to flood. That caused tons of hazardous chemicals to overheat and catch fire, forcing the evacuation of hundreds of people from their homes for several days.

Now, the board says Arkema did not adequately prepare for the flooding.

“Harvey just shows that more severe weather events and flooding are possible,” CSB lead investigator Mark Wingard said. “Facilities really can’t rely on their past experiences and need to be thinking about what could happen and see what realistically is the level you need to protect for.”

A two-member team from CSB arrived in Crosby on Sept. 6 to identify and document the Crosby plant. They remained on site for two weeks. During the last week of October, they conducted interviews at Arkema’s corporate headquarters in Pennsylvania. The CSB plans to return to Crosby in the next couple weeks to interview some residents and first responders exposed to fumes from the explosion.

There are two lawsuits – one from residents and another from first responders – currently filed against Arkema.

The Chemical Safety Board is hoping to complete its investigation by June, before next hurricane season. But they are urging facilities across the Gulf Coast region to reassess their plans for worst-case scenarios.