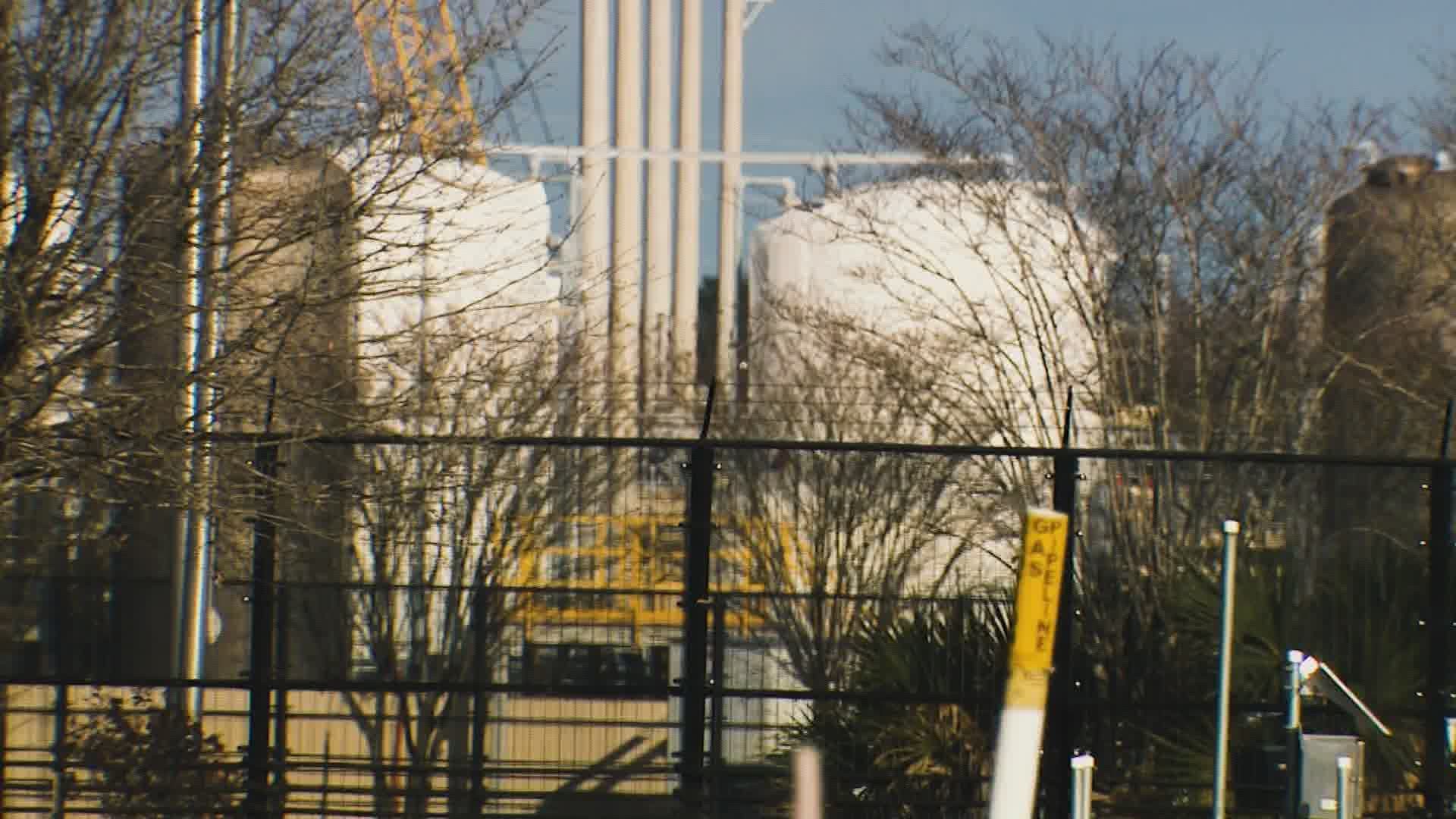 HOUSTON — Millions of tax dollars pay for an emergency back-up power plan to keep clean water pumping in the City of Houston, but during the recent winter storm one in five generators didn’t operate as intended according to a KHOU 11 review of city records.

But when the big freeze knocked out utility power to the city’s northeast purification plant around 5 a.m. February 15, city officials said 10 generators of those generators, 20%, would not start remotely due to “system faults.”

“When the power went out on the grid, some of the generators did not automatically kick in,” Mayor Sylvester Turner said.

A Houston Public Works spokesperson said utility power was not restored until nearly three hours later and the treatment plant was brought back online.

NRG executives disagree with the city’s position. A company spokesperson said its generators are not designed to provide an automatic, seamless switch to auxiliary power. Under the contract, the spokesperson said NRG has up to 30 minutes to transfer to back-up power after receiving a request. Before that window expired, the spokesperson said utility power was restored to the northeast water purification plant.

“The NRG back-up generators that serve the City of Houston performed as designed during the utility outages,” the spokesperson said in an e-mail to KHOU 11 Investigates.

A second issue occurred later the same afternoon according to city officials. Because of reliability concerns with the unstable Texas electricity grid, Houston Public Works tried to switch to NRG-generator power around 1:30 p.m. February 15.

“This attempt was unsuccessful as NRG generator equipment would not accept the plant load,” a Houston Public Works spokesperson said in an e-mail.

NRG disagrees with that claim too. A company spokesperson said its generators did not start because city personnel did not correctly configure breakers in the system to switch to back-up power.

Mayor Turner said the two sides continue to discuss what happened that day.

“All of that is being reviewed because, you know, I want a very careful debriefing to see exactly what took place,” Turner said. “I certainly expect all of our back-up  (systems) to operate 100% of the time.”

+Across town in West Houston, city records reveal a different problem at smaller generators not operated by NRG.

Houston Public Works confirmed 8 of 40 generators that pump water from underground wells did not operate as intended. At two of those sites, inspectors wrote they “tried three sets of batteries” but the “unit would not start during the freeze—too cold.” Two other generators had breaker and switchgear problems, another was “determined to be antiquated” according to inspection reports.

“We’re going to be honest about the lessons that we learned through this and the changes that we need to put in place,” said Houston Public Works director Carol Haddock in a recent Zoom interview.

Haddock said her department is still gathering full data about what went wrong. She conceded that the back-up power was not installed to sustain bitter cold weather events.

“We place our generators to run in August for three or four weeks after  a hurricane when the power is out, not for seven, eight degree weather in February,” Haddock said.

“And we need to accommodate both.”