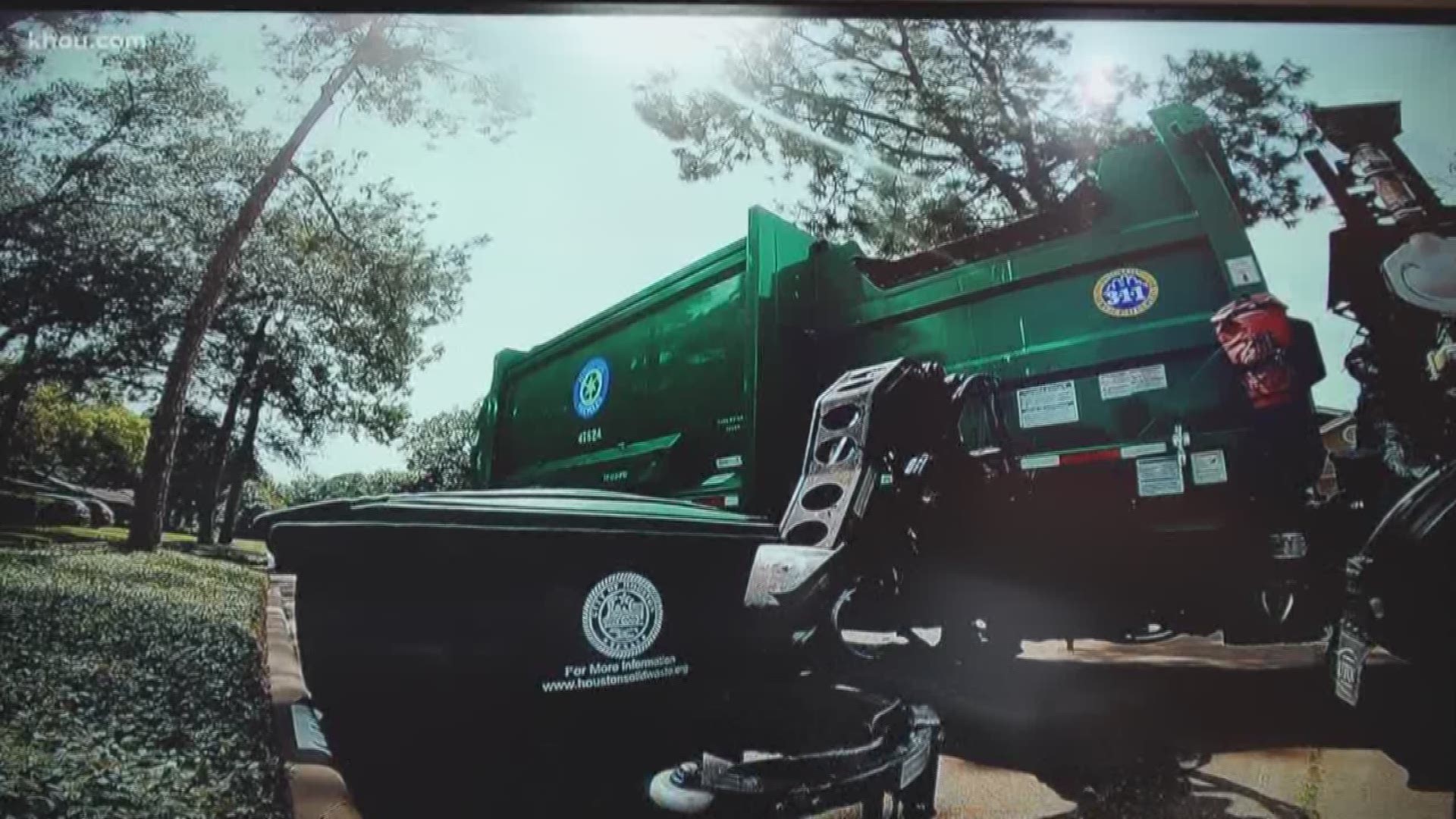 HOUSTON — A total of 68 employees at the city of Houston Solid Waste Management Department were disciplined for violating recycling policies, but the man in charge of the agency was not punished, according to personnel records obtained by KHOU 11 Investigates.

Our five-month long investigation revealed a whopping 2.6 million pounds of recyclables were dumped at the landfill instead of processed correctly at a recycling facility.

In letters to those executive staff members, Solid Waste Management Director Harry Hayes detailed the reasons for the suspension.

“Your operations center had numerous violations of the directive with no corrective actions taken to immediately stop the unauthorized behaviors,” Hayes wrote. “The incidents at your service center failed to uphold our stated business practices and also customer confidence and purpose of placement of materials at the curb.”

In addition to the suspensions, 11 supervisors received probation, ranging from six to 12 months for violating recycling policy.

According to city policy, five employees should have been fired but were not. They had previous disciplinary actions on their record and had been given notice that “any further violations requiring formal corrective action shall result in a recommendation for indefinite suspension.” Instead of termination, those employees received an extra six months of “decision making leave,” the most serious form of probation.

Director Hayes did not accept repeated interview requests to discuss the disciplinary actions. An agency spokesperson said the “City took into account the totality of circumstances” and the affect terminations would have on garbage pick-up services.

“All actions were intended to provide accountability without causing further delays to the city’s garbage collection operations,” spokesperson Tyra Wilkins said in an e-mail.

Hayes did not receive any discipline whatsoever, a spokesperson for Turner’s office confirmed.

In a June interview, Hayes said he takes “full responsibility for everything that has occurred” and that “the appropriate individuals up to and including myself will be held accountable.”

Gallegos declined to put the issue of recycling on the agenda at a recent committee meeting. We asked Gallegos why didn’t want to question Hayes in a public meeting.

“The director and his supervisors under him changed policies,” Gallegos said. “I think the best thing to do is wait and see if the new policies play out.”

We also asked if that is a watchdog or lapdog approach to oversight.

“You don’t know me,” Gallegos replied.

Several other committee members, including council members Brenda Stardig, Karla Cisneros, Michael Kubosh and Dwight Boykins said they were disappointed recycling was not put on the agenda.