A mother said the priest inappropriately touched her daughter when the two were alone in a classroom in 2018. 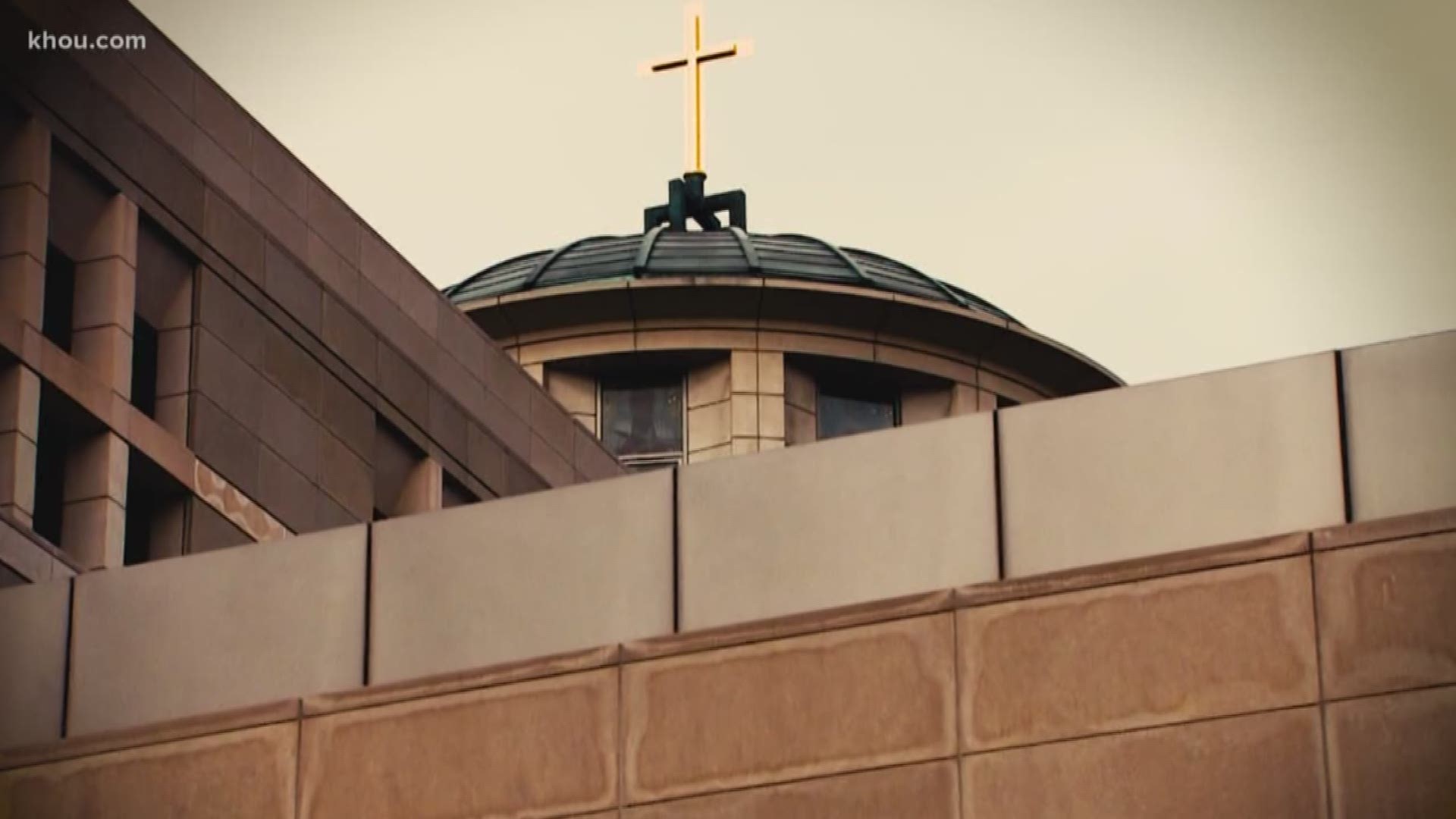 HOUSTON — On the year anniversary since the Archdiocese of Galveston-Houston released its list of priests credibly accused of child sex abuse, new allegations surfaced against another clergyman.

The latest accusations come from a young girl from Victoria who said she was touched inappropriately by a Houston priest in 2018. Amber Moreno said the priest came to her 10-year-old daughter’s school to teach students about confession. The two were alone in a classroom, Moreno said, when the priest grabbed her daughter by the neck and pushed her head down.

“She said he kept pushing her head down towards his crotch,” Moreno said at a news conference Friday afternoon with the Survivors Network of those Abused by Priests. “She’s not OK. She’s hurt. She’s scared.”

Standing outside the Co-Cathedral of the Sacred Heart in downtown Houston, Moreno shared her frustrations with the Catholic Church and the Victoria Police Department, which she said was wasn’t cooperating in bringing criminal charges against the priest.

A spokesperson for the Victoria Police Department told KHOU it initially determined no crime had been committed, but just last week they reopened the case when Moreno provided more details. The spokesperson said there is currently an active investigation.

In a statement to KHOU 11 Investigates on Friday regarding Moreno’s accusations, the Archdiocese of Galveston-Houston said: “When the Archdiocese was notified of the Nov. 2018 allegation in April 2019, the priest was removed from active ministry. It is our understanding the City of Victoria Police Department investigated the allegation.”

KHOU 11 Investigates isn’t naming the priest because the archdiocese has yet to identify him.

Victim advocates gathered with Moreno and demanded more information from the church.

The Archdiocese of Galveston-Houston named 40 priests it deemed “credibly accused” of sexually abusing children in January 2019, joining 13 other Texas dioceses.

The archdiocese also has named other priests with pending sexual abuse allegations.

Both Father John Keller of the Prince of Peace parish in Spring and Father Jesus Suarez of St. Philip of Jesus Church were removed from active ministry last year amid allegations. Keller was accused to have abused minors 25-40 years ago, and Suarez’ allegations stem from accusations of abuse in Colombia before he came to Houston.

The archdiocese would only say that neither are in active ministry.

Lopez da Cases with SNAP questioned if trust in the archdiocese will ever be restored.

“Will the wounds ever be healed, and will the victims ever be respected?” he said. “It is crucial for the safety of our children that we know where these accused clergy are and that they have no easy access to children.”

KHOU 11 Investigates documented the priest sex abuse crisis in 2019 documentary, Unforgivable, that shared the stories of survivors, families still fighting, an attorney who’s attempting to break the “system of secrecy,” and a former priest who blames bishops for the prolonged crisis.