KHOU 11 Investigates found luxury charter buses cost hundreds of thousands per month, despite the district's promises it would be much less. 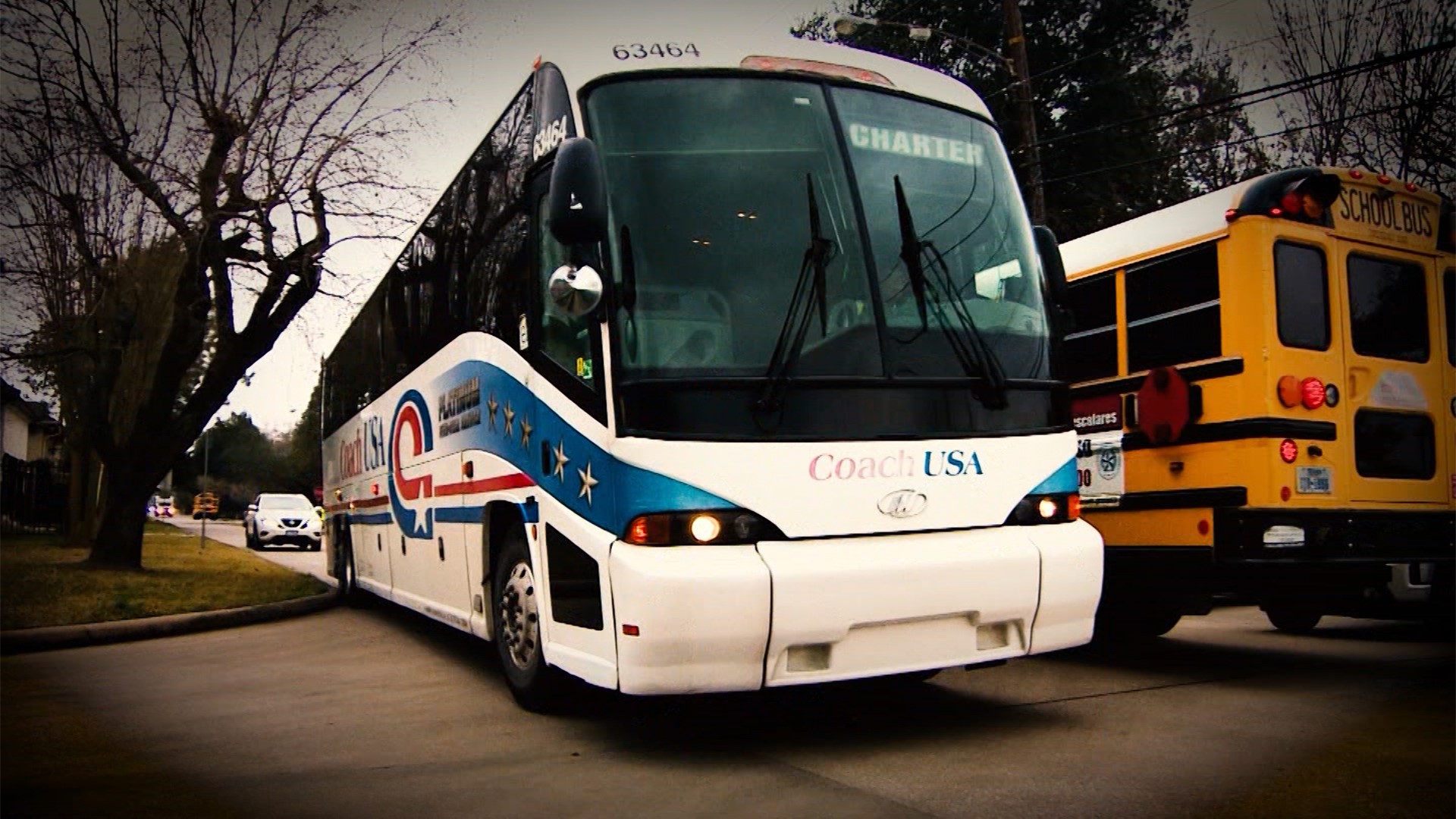 HOUSTON — The Houston Independent School District is continuing to spend millions of dollars on luxury charter buses for daily transportation, despite a promise last year that it would curb the practice.

KHOU 11 Investigates first began tracking the issue nearly two years ago. Then and now some families thought the coaches normally used for casino trips or sightseeing tours were too extravagant to shuttle elementary students to and from school.

Bell was among many waiting for children to be dropped off by a charter bus recently. Another grandparent, Betty Tonnessen, was also surprised by the price tag—at least $11 million over two years—and questioned how her grandchild ended up riding these buses.

“I don’t know where these buses came from or who authorized them, but here we are,” she said.

The fancy fleet first rolled in after Hurricane Harvey hit Texas in 2017 when HISD faced a massive bus driver shortage that it blamed on displaced drivers and massive budget cuts.

“Right now, honestly, when you have 280-plus vacancies in that department, you have to come up with alternative ways to get students to school,” HISD Chief Operating Officer Brian Busby said in April 2018.

The district spent more than $8 million on pricey charters for daily transportation to bridge that gap and promised that it was only temporary.

Back then, a third of the charter routes were used to bus students from schools damaged by Harvey to temporary schools, Busby said.

A few months after the April 2018 interview, HISD had restructured a bell schedule, changed bus routes and hired more drivers. Busby said the district would only continue to use charter buses at four flood-damaged schools with minimal expense.

HISD kept the first promise. District records show virtually all daily charter bus service is used to shuttle students to temporary campuses while its Harvey-damaged schools are being rebuilt.

“Construction is underway and all four campuses are set to re-open in summer 2020. At that time, shuttle service will conclude and regular district bus service will resume, as planned,” HISD said in a statement.

In the meantime, the monthly cost has been nowhere near the original $20,000 estimate. A KHOU 11 Investigates analysis of HISD invoices found the luxury rides cost at least $245,000 dollars a month.

Even parents whose children ride the pricey charter buses think it’s too much.

The price tag is much smaller for a route on a regular yellow school bus, about $240, according to a KHOU analysis of Texas Education Agency and HISD data.

Charter buses, meanwhile, run $550 to $900 per day for round trip, or about three to four times as much.

Credit: KHOU
Charter bus trips paid for by HISD to transport students cost three or four times as much as a school bus.

“I don’t know where the money’s coming from. Are they getting it from the federal government or extra money on account of Harvey, or what?” grandparent Bob Webber said.

HISD did not want to answer questions about that this time. Busby ducked into an elevator when asked to explain the spending at a recent school board meeting.

A day later, HISD issued a statement, saying, “the district has no further comment” to that or a written statement it sent a few days earlier. That statement said:

“HISD is continuing to provide direct shuttle service for students at four elementary schools — Braeburn, Mitchell, Kolter, and Scarborough — displaced by Hurricane Harvey. This service is provided through a combination of district and contract buses to ensure all displaced students have transportation to and from their temporary campuses while their schools are rebuilt.”