For months, the city had access to a state system that tracked Houstonians who died in other counties. But local health officials didn't follow through. 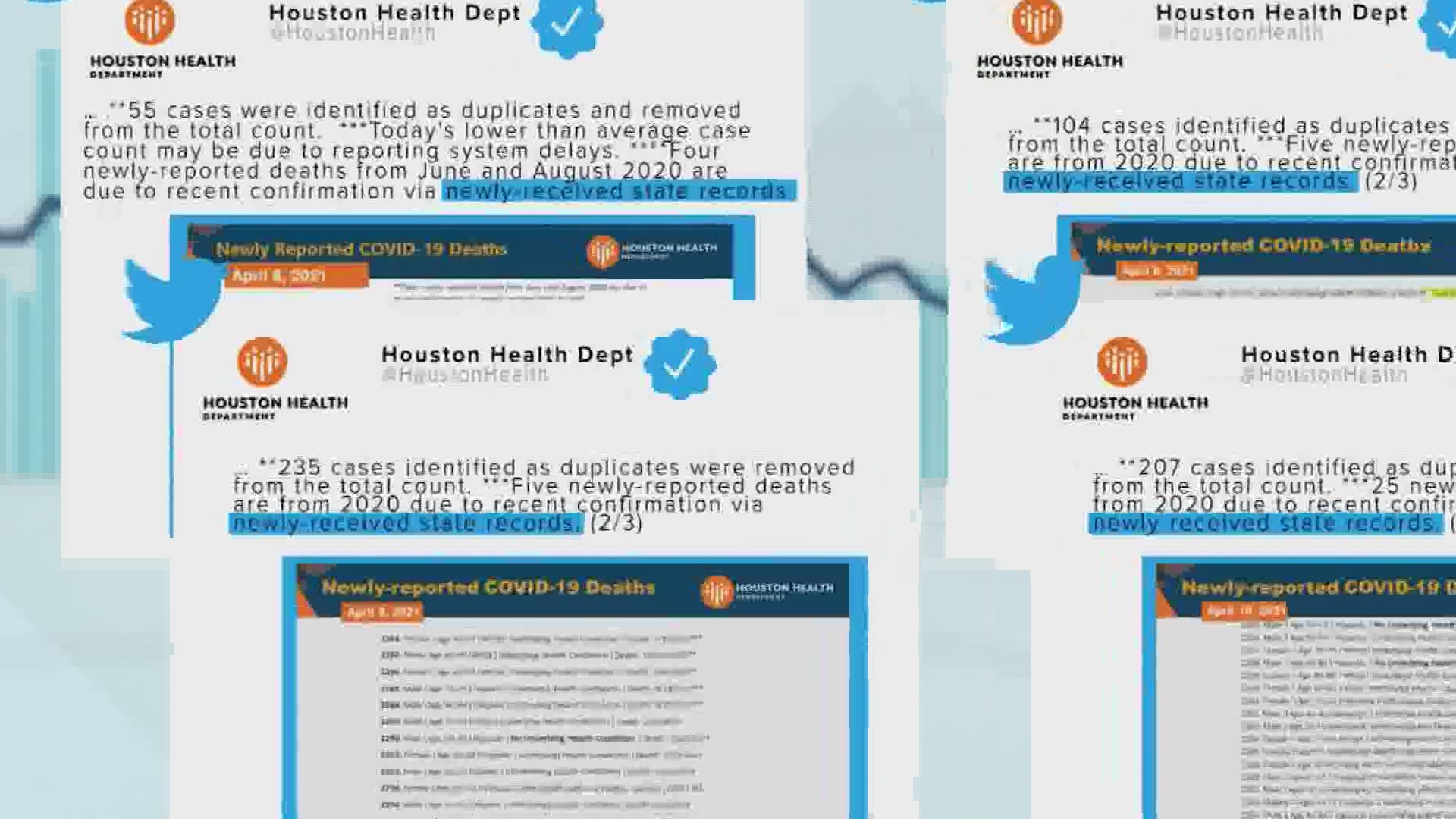 HOUSTON — The Houston Health Department failed to report dozens of COVID-19 deaths for months because it did not follow through on a data sharing agreement with state health officials, KHOU 11 Investigates has confirmed.

In a series of tweets that started two weeks ago, the city agency disclosed 44 deaths dating back to summer 2020 “due to recent confirmation via newly-received state records.”

But the social media posts do not tell the whole story. Back in October, Houston Health and the Texas Department of State Health Services signed a memorandum of understanding to allow the city to access the state’s “out of jurisdiction” COVID death information. Those cases are Houston residents who didn’t die in Houston, but elsewhere like a suburban hospital.

The problem is Houston Health had not been checking the state system for months.

“We had not been, no,” said Beau Mitts, manager of Houston Health’s COVID data services team. “There was definitely a breakdown in our communication internally to actually get the right people to have the right access to that system.”

Any gap in COVID death data can have public health ramifications, according to Dr. James McDeavitt, senior vice president and dean of clinical affairs at Baylor College of Medicine.

“The consequence of underreporting data is that we become overconfident, we think things are going better than they are,” McDeavitt said.

“We ought to be focusing our really scarce resources on those people that need it the most,” McDeavitt said. “Whether that's a geography or demographic group, an age group, whatever they are, but without the data you're flying blind.”

Mitts with the Houston Health Department said the agency has fixed its internal issues and now checks the state system daily. He said the small number of initial reporting errors did not impact how the city has responded to the pandemic.