HFD Chief Samuel Pena has established a goal of replacing all apparatus over 10 years old. The one in the picture is from 2008. 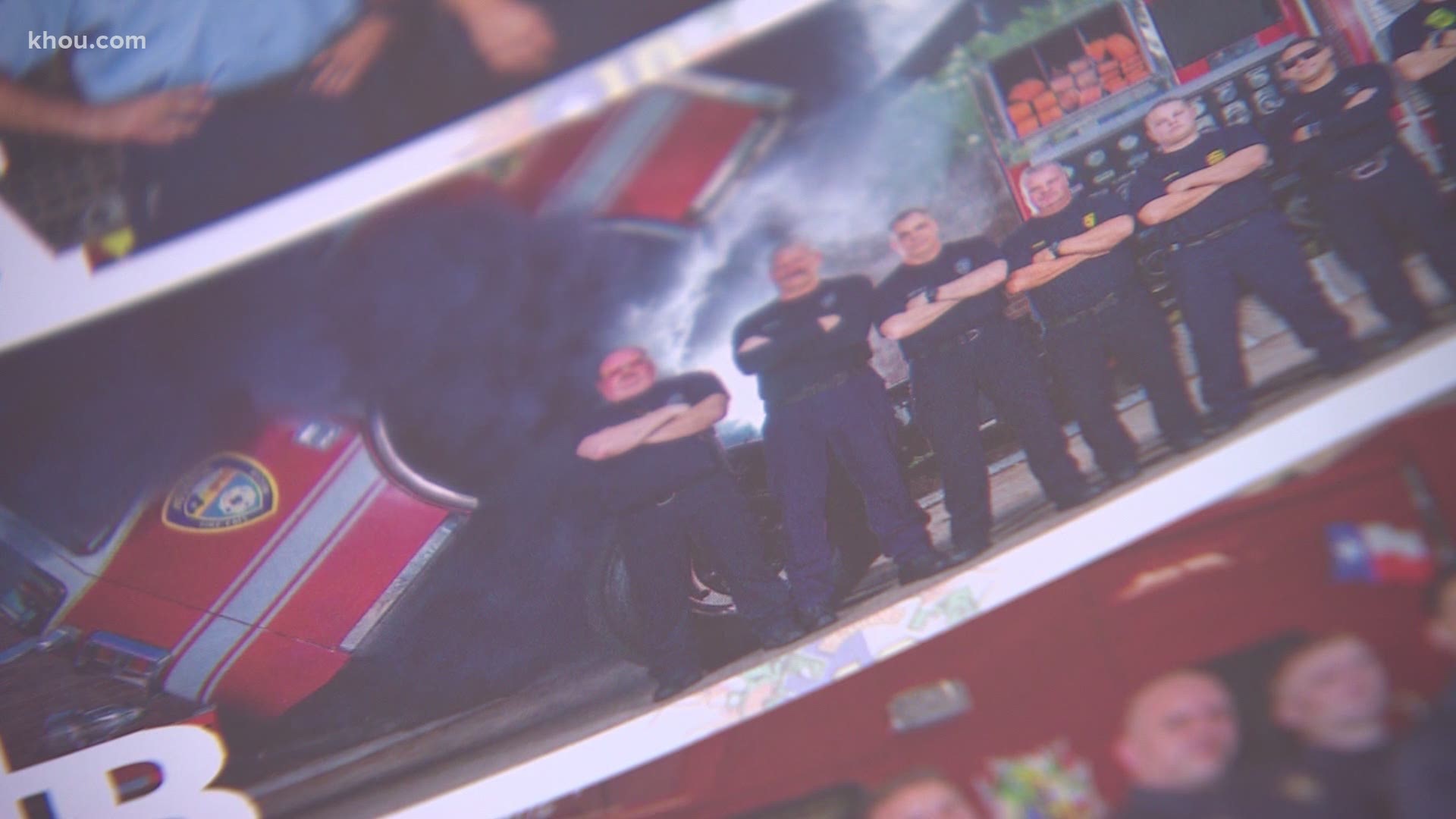 HOUSTON — Some Houston firefighters are so frustrated with run-down fire trucks, they’ve resorted to lampooning the department’s fleet with a satirical photo published in a firefighters union yearbook.

Station 10 B-shift crew members are seen posing in front of engine 10 with smoke spewing from under its engine cab. According to several firefighters, the “breakdown” in the photo was staged, but represents the dire real-world conditions of the apparatus.

“It’s pretty much been through the ringer with mechanical issues,” said HFD District Chief Steven Dunbar.

Dunbar said Station 10 is one of the busiest in the city. Located in the 6600 block of Corporate Dr., it serves residents and businesses in Chinatown and surrounding neighborhoods in southwest Houston. Dunbar said it has been passed over for a new engine several times in recent years by the HFD administration.

“They’ve been told they’re going to replace Engine 10. In 2015, it was next year. 2016, it’s next year, and it’s continued every year and it’s missed several runs because of being out of service,” Dunbar said.

Even the backup engine to Engine 10 broke down this week and had to be towed away by a heavy-duty wrecker.

“The HFD junk yard that this fleet has become and has been ignored by the fire chief and the mayor is absolutely alarming,” said Patrick “Marty” Lancton, president of the Houston Professional Fire Fighters Association.

The union president said every minute that apparatus is broken down is another minute of not being able to respond to emergency calls. He said the satirical yearbook photo is a tipping point of frustration by frustrated crews not having proper equipment.

“If it gets the attention of people to focus on the fact that the city hasn’t done their job, then I mean, what else is it going to take for the city to recognize that it’s got broken down equipment,” Lancton said.

In a statement, HFD Assistant Chief Ruy Lozano said Houston Mayor Sylvester Turner more than doubled the department’s fleet maintenance budget over the past three fiscal years, from $5.8 million in 2018 to $13.6 million in the current fiscal year.

Lozano said HFD Chief Samuel Pena has established a goal of replacing all apparatus over 10 years old. Engine 10, a 2008 model, is scheduled for replacement this year, Lozano said. A new pumper truck was purchased in May and is scheduled to arrive in December.

“The Houston Fire Department’s overarching goal is to provide the highest degree of customer service to its citizens, while providing for the safety of firefighters,” Lozano’s statement said.