John Cucci Jr. denies any wrongdoing. Instead, he describes himself as a "savior in the streets." 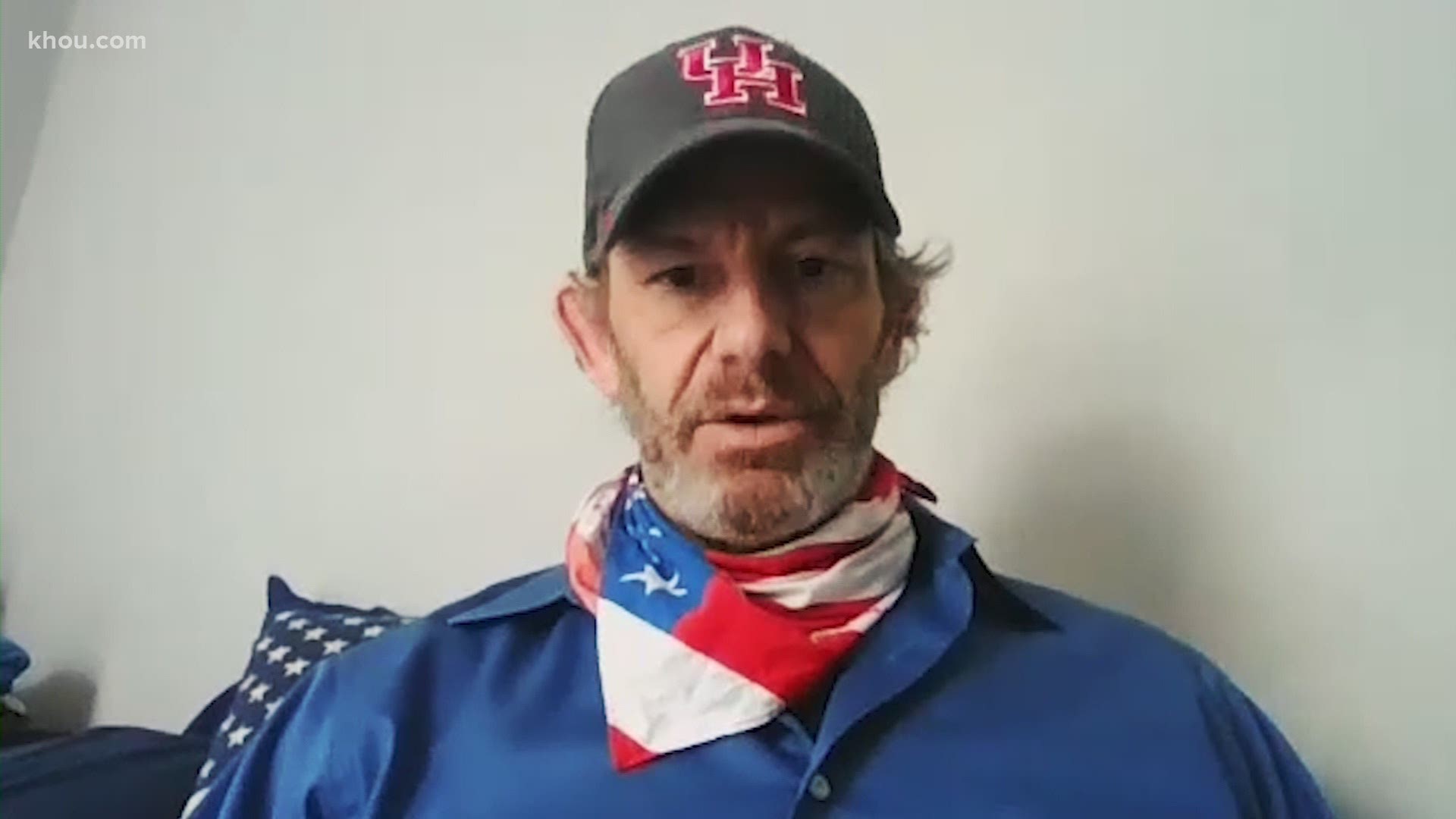 HOUSTON — A local attorney is responding to complaints that his law firm tried to charge homeless people to get their government stimulus checks related to the coronavirus pandemic.

Malcolm Kraut, who lives in a tent under a bridge near Minute Maid Park, and others said the Cucci Law Group has approached them over the past few weeks with business cards and a high-pressured pitch — give your social security number to get your stimulus check.

“They start with their spiel,” Kraut said. “None of it sounded right to me."

He said the firm was charging a processing fee of up to $300 to obtain the checks. Kraut didn't go through with it.

“I think they’re just one of many predators, bottom feeders,” he said.

“For a lawyer to do something like this is in some ways akin to soliciting a patient in the hospital uninvited,” Panzer said.

He said that kind of in-person solicitation is known as barratry under Texas law. It carries potential civil penalties and is also a crime.

But attorney John Cucci Jr. denied he was taking advantage of the vulnerabilities of the homeless population.

“The only people that are complaining down there are the people that didn’t hire me, I would imagine because all my clients are very happy,” he said.

Cucci said he did not solicit clients but rather was referred to them by a homeless man he had already known. The attorney added that in some cases, such as homeless veterans, he is doing the work for free.

“If I was just going down there, pushing out cards saying 'call me about a stimulus check,' that would be a no-no, unethical, but that’s not what I did,” Cucci said.

But records show the attorney did lose his law license temporarily in Louisiana, Texas and New York for conduct involving “dishonesty, fraud, deceit and misrepresentation” as to client funds and fees.

“I’m not going to talk about my old stuff," Cucci said.

So far, Cucci said he’s signed up about 25-30 homeless people to work on their stimulus checks. He said none of them has come in and he has yet to take a dime.

He described himself as a savior on the streets.

“I give these people hope. I had people in the street saying, 'God sent you to me, Mr. Cucci,' because you know why? I’m taking care of them and nobody else is," he said. "Nobody else."