Drivers report being punched, bitten and attacked—all while driving students to and from school. 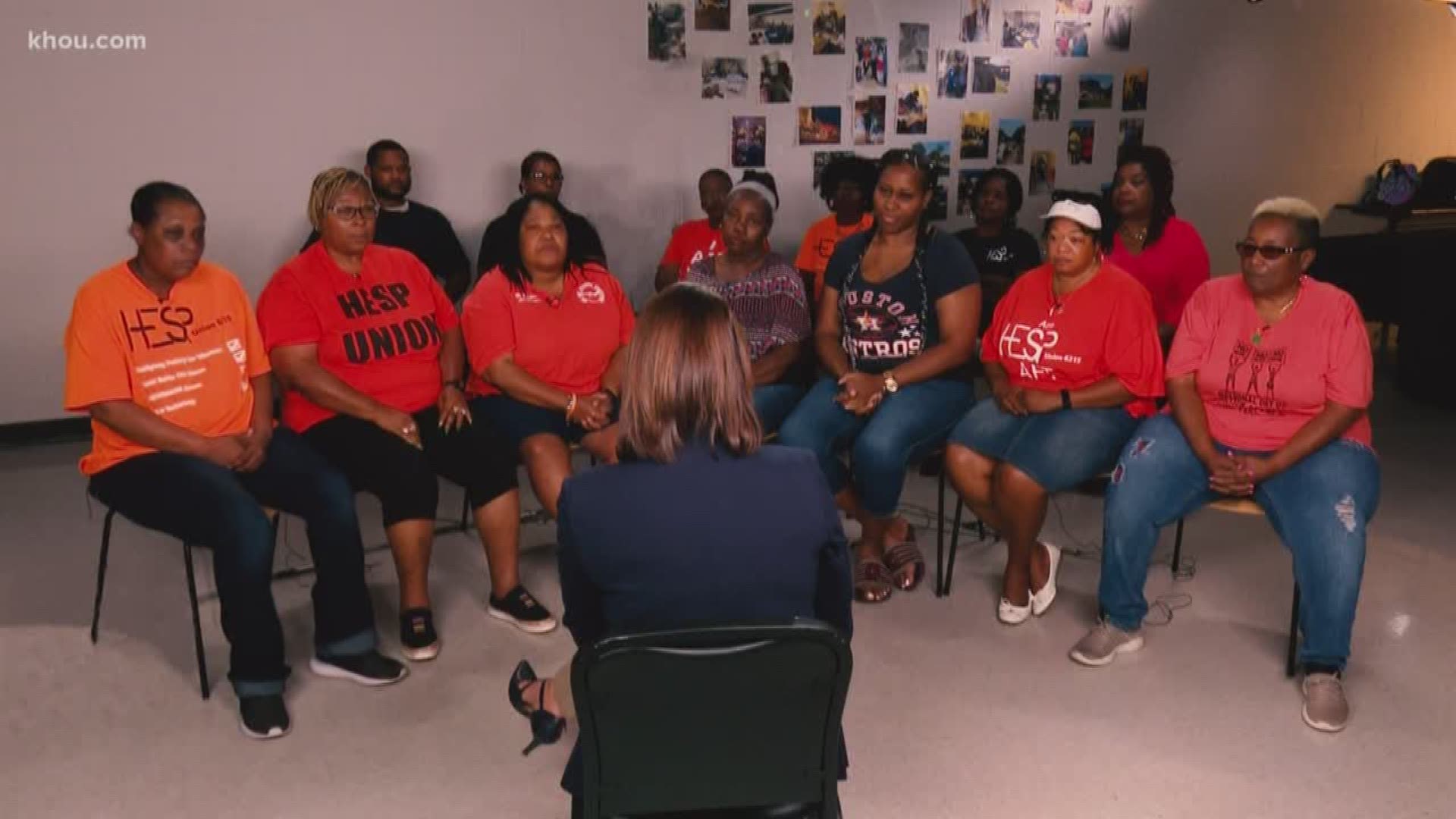 HOUSTON — School bus drivers throughout the Greater Houston area say they are being abused and attacked as they transport students to and from school.

A dozen drivers recently sat down with KHOU 11 Investigates for an open discussion about the biting, bruising and beatings they endure while busing students who range from elementary to high school.

“(A student) jumped on the attendant and I had to stop the bus in the middle of the street,” said Velma Allen, a bus driver of 30 years.

“This is the kind of stuff our drivers have to deal with every day,” said Wretha Thomas, president of the Houston Education Support Personnel.

Credit: KHOU
A dozen bus drivers from across the Greater Houston area sat down with KHOU 11 Investigates to discuss the abuse they endure while busing students to and from school.

In one report from Cy-Fair, a student “came up the stairs, he hit me on my right side of my face with his fist.”

In HISD, a driver was “punched and bit in stomach by student.”

The attacks are concerning, the drivers say, because even the slightest disruption poses a danger to everyone on the bus.

“Every time I have to take my eyes off the road to look in the mirror, anything can happen,” Allen said.

And it’s not just students attacking the drivers; some have caught students fighting each other.

To combat the issue, the drivers want to see school administrators enforcing their district’s rules.

In HISD’s Student Transportation Safety Regulations, the code of conduct intended for classrooms also applies to school buses. The policy states: “Students who misbehave on school buses should be referred to the school administrators for disciplinary action, which may include a loss of riding privileges.”

Credit: KHOU
More than 100 bus drivers from five Greater Houston area school districts have reported injuries from students while driving over the past five years.

But the drivers say that isn’t happening.

“The next day they are right back on the bus,” Allen said. “There’s no consequences for their actions.”

The Houston Education Support Personnel is pushing for tougher rules for everyone on board the buses.

“When a driver reports at least two times a kid is misbehaving, that kid should be taken off the bus for the rest of the year,” said Thomas, HESP president. “We have asked them time and time to put metal detectors on those buses. They don’t.”

Changes couldn’t come fast enough for Revels, who’s learned the importance of listening in her nearly three decades as a driver.

She relied on that experience one day some five years ago when she saw something odd in her bus mirror. So, she started listening.

That’s when Revels said she heard a student whisper, “Why do you have that gun on the bus?”

Her ears immediately perked, her attention drew to the students in the back. And everything began to fall into place—students were moving around the bus as she drove, one student was unusually quiet.

She stayed calm and called out to the students, “Y’all know y’all are moving around my bus.”

“I told them, ‘You’re not supposed to be moving around the bus,’” she said recently.

Credit: KHOU
Lizzie Revels has been a bus driver for nearly 30 years and said one of the most important things she's learned is to be a good listener. "You have to really pay attention. ... I've got a very good ear."

Quietly, she radioed to the district dispatch, called the Houston Police Department and turned the bus back to the school. When the bus arrived, it was surrounded by police cars.

Students were escorted off the bus. Police eventually found the gun.

Officials with Houston ISD wouldn’t comment on the gun incident or any of the reports KHOU 11 Investigates reviewed. Instead, the district issued a statement that read, in part: "Transportation Services’ primary mission is providing safe service to and from school — for both students and drivers. When riding a school bus, HISD students are expected to follow HISD’s Bus Rules, as outlined on pages 4-5 of HISD’s Code of Student Conduct.”

As Revels waits for change, she and other drivers rely on their decades of experience.

“You have to learn how to handle the situation,” she said. “You have to realize you have lives in your hands.”