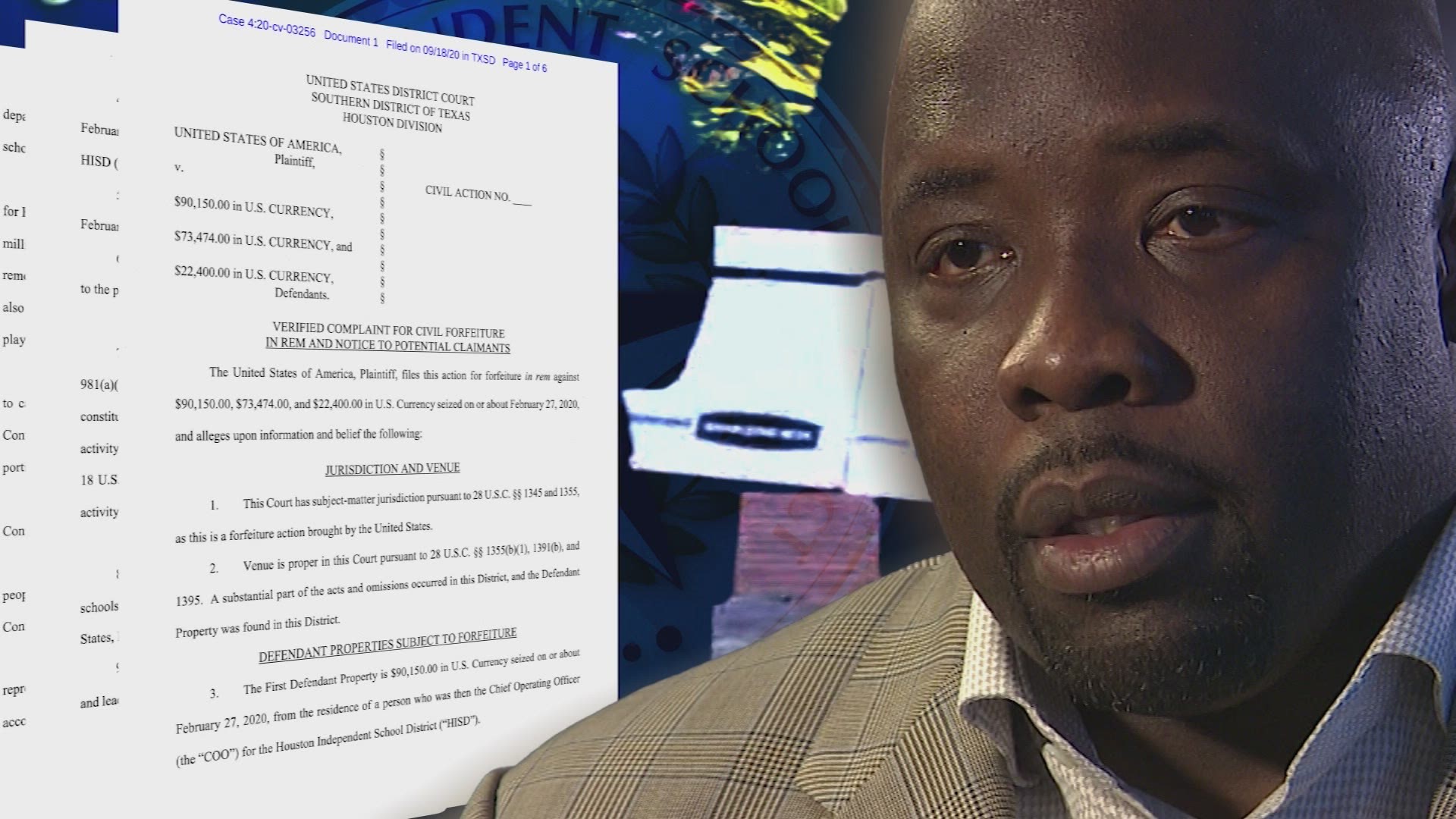 HOUSTON — Federal prosecutors are accusing a former high-ranking Houston ISD official of taking kickbacks from a district contractor, according to a newly filed court document n the U.S. District Court for the Southern District of Texas.

The civil forfeiture complaint sheds light on why federal agents were at the Cypress home of HISD’s Chief Operating Officer in late February. They seized $90,150 from Brian Busby’s home, alleging that the school district COO conspired with an unnamed district landscaping contractor to approve proposals submitted by the contractor and to pay that business for work that it did not perform.

Federal prosecutors also allege that, at times, HISD employees performed some of the work, often at overtime rates.

So far, nobody has been charged with a crime, but “in order to share the criminal proceeds the Contractor obtained from the fraud, the Contractor paid kickbacks to C.O.O. Busby, including cash kickbacks,” Assistant U.S. Attorney Kristine Rollinson wrote in the court filing.

The document also states the contractor would sometimes write checks from his business account to subcontractors, and have them cash the check and return most of the cash to the contractor. After Busby met with the contractor, he allegedly would structure multiple cash deposits into various bank accounts Busby controlled, according to the court filing.

Federal agents also seized more than $95,000 from the unnamed contractor.

A spokesperson for the U.S. Attorney’s Office would not comment on the civil forfeiture or speculate on any possible criminal charges.

Attempts to reach Brian Busby for comment were not successful. An HISD spokesperson provided the following statement:

“HISD is not a party to the civil litigation filed in federal court involving former Chief Operating Officer Brian Busby. Brian Busby was not offered a contract for the 2020-2021 school year, and his last day of employment with the district was August 31, 2020. The federal investigation is ongoing and HISD is cooperating with federal law enforcement. Beyond that, the district has no comment on the matter.”