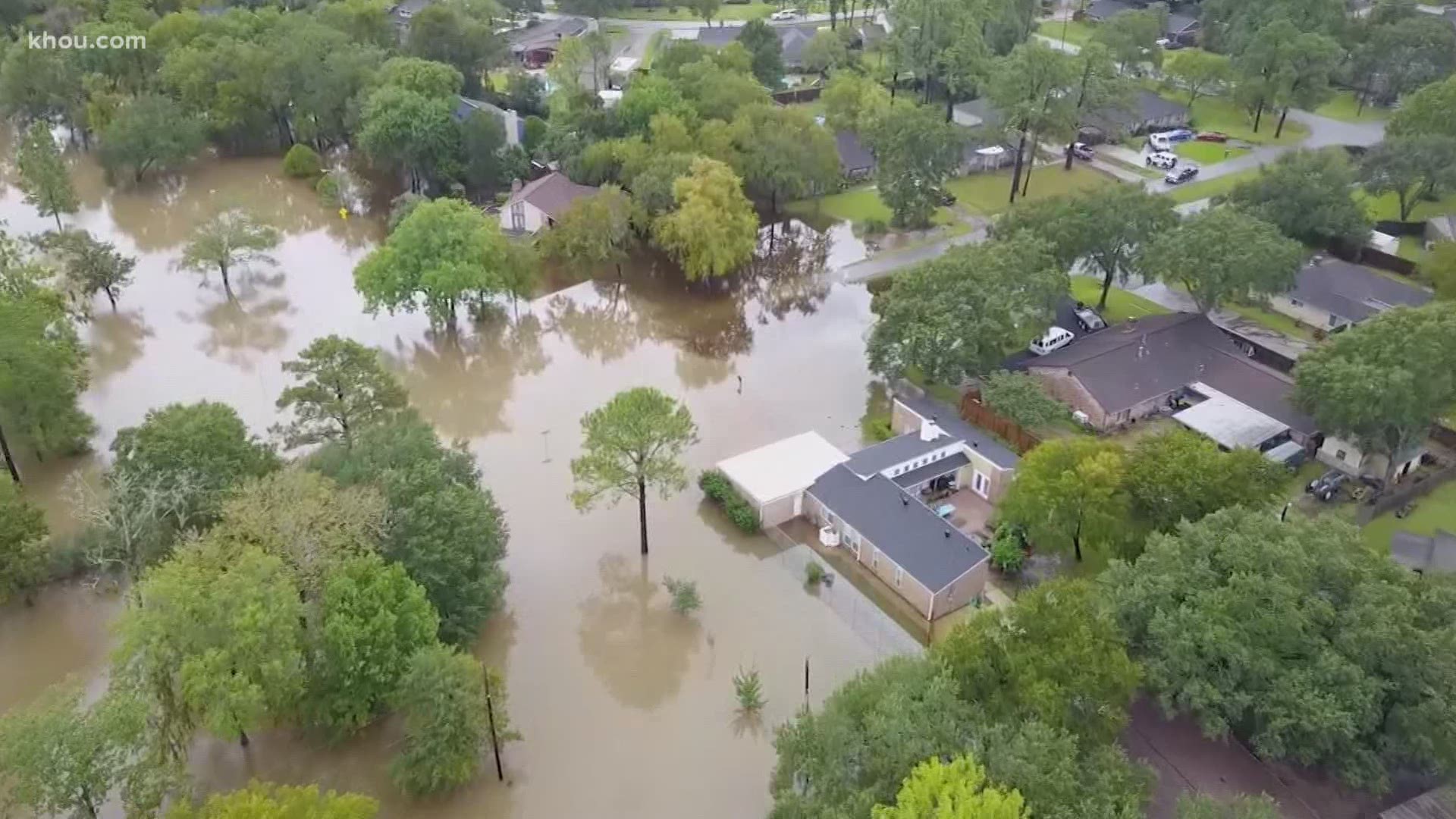 HOUSTON — Tropical Storm Beta left many homeowners along Clear Creek on pins and needles as water covered streets several feet deep and inched ever so close to their front doors.

It also left many frustrated and angry that the government hasn’t done more to mitigate the risk.

“Nothing happens quickly, period,” said homeowner Susie Bradshaw, who has lived in the Sleepy Hollow neighborhood in Friendswood for the past 43 years.

She’s seen flooding destroy a number of homes over the years in her neighborhood, but what she hasn’t seen is a major flood control project get off the ground.

“It’s very very scary, because we know what can happen,” Bradshaw said.

Texas Congressman Pete Olson is frustrated too. He said the Clear Creak flood risk mitigation project was first authorized back in 1968, but federal bureaucracy had delayed it for more than half a century.

“The Clear Creek project has been a headache of mine,” Olson said.

“It’s been a headache to most people who lived there for 52 years, that’s coming to a close.”

After Hurricane Harvey, Olson helped secure $295 million in federal funding in a 2018 disaster supplemental funding bill. The money will be used to widen Clear Creek  and nearby tributaries as well as rebuild or modify bridges to increase stormwater flow.

The basins won’t be completed until the end of 2022.

Construction on part of the federal project, along Mud Gully, is set to begin early next year, according to the Harris County Flood Control District. But a larger portion of the project, which includes the main stem of Clear Creek, Mary’s Creek and Turkey’s Creek, has yet to be designed. That won’t happen until late next year.

“We feel the pain of the homeowners,” said Scott Elmer, assistant director of operations for the Harris County Flood Control District.

“Because every day that a project is not on the ground, that is a day that or residents and our customers are at risk,” he said.

In the meantime, Susie Bradshaw and other homeowners along Clear Creek hold their breath every time heavy rains are in the forecast.

And they continue to wait.

“That’s your government at work, creeping and crawling on its hands and knees,” Bradshaw said.