Half of Texas' vaping illness cases are teens 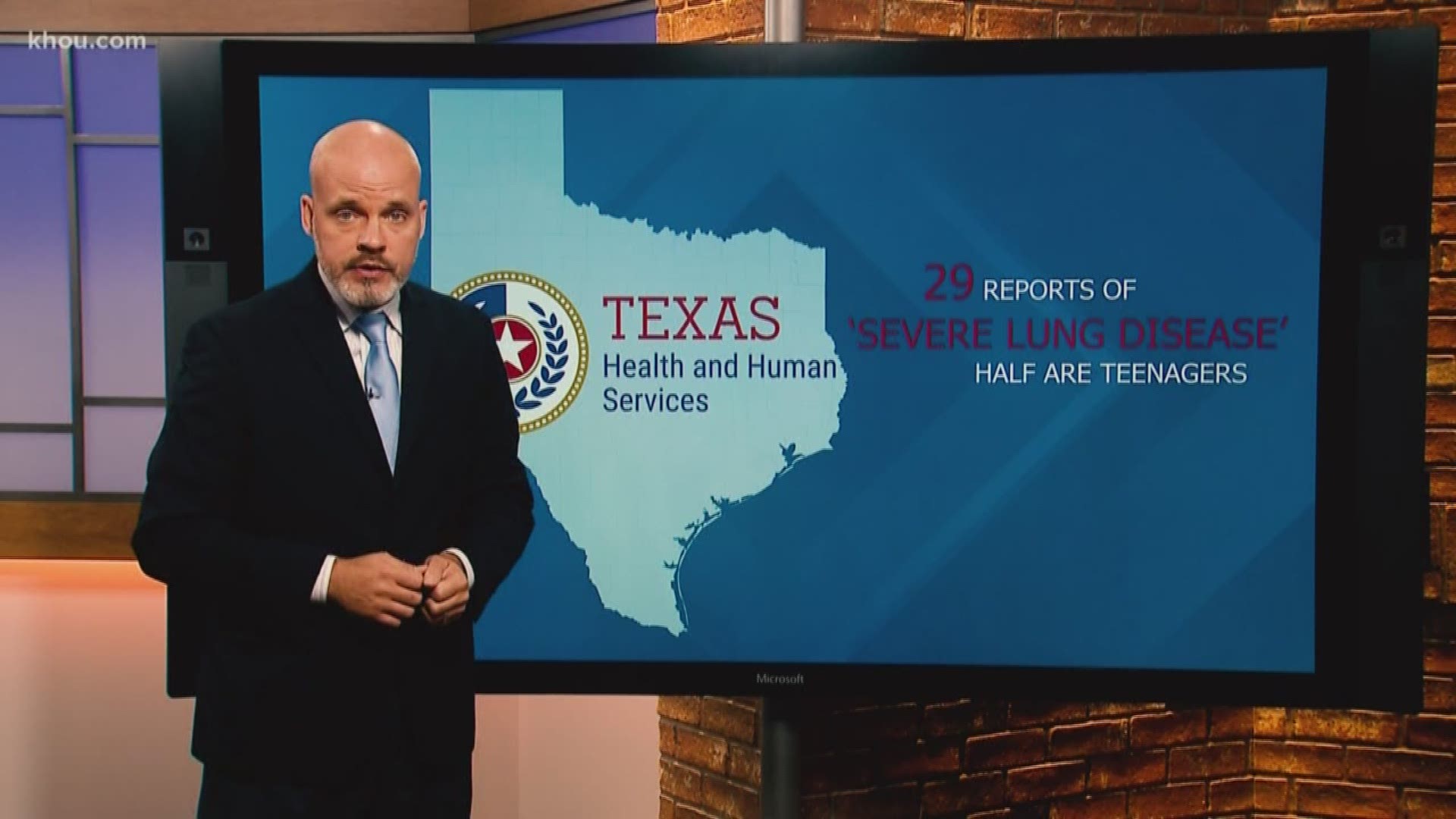 Texas public health officials are investigating 29 reports across the state of what they describe as “severe lung disease” in people using e-cigarettes.

Half of those cases are under the age of 20 and 76% are male, according to Texas Department of State Health Services spokesperson Chris Van Duesen. They range in age from 16 to 39 years old.

Van Duesen said some of the cases involved vaping nicotine, while others used THC oil, the chemical found in marijuana. DSHS is not releasing the locations of those cases.

However, the Houston Health Department confirmed Tuesday three teenagers were hospitalized with serious lung illnesses following use of e-cigarette products. Two of those patients have been discharged from the hospital.

The Harris County Public Health Department said it is investigating a reported case of a Tomball High School student who was hospitalized Monday. According to the school district, a student had a “medical emergency” involving a vape pen. Witnesses said the 16-year-old took a puff of the unknown substance and collapsed.

In Brazoria County, health officials said they’ve received two reported cases of adults who fell ill because of vaping. A Brazoria County Health Department spokesperson said the agency has reported the cases to the state.

Fort Bend, Montgomery, Chambers and Galveston Counties reported no cases, but officials said they are monitoring the issue.

A state health alert remains in place, requesting that doctors watch out for lung illness cases, ask patients about e-cigarette use and try to save the vaping liquid in those cases in cases for testing.