Grandmother of dead 3-year-old sounds the alarm on CPS

A'lona "Halo" Williams died in June 2018, months after her grandmother said she raised concerns of abuse to CPS. 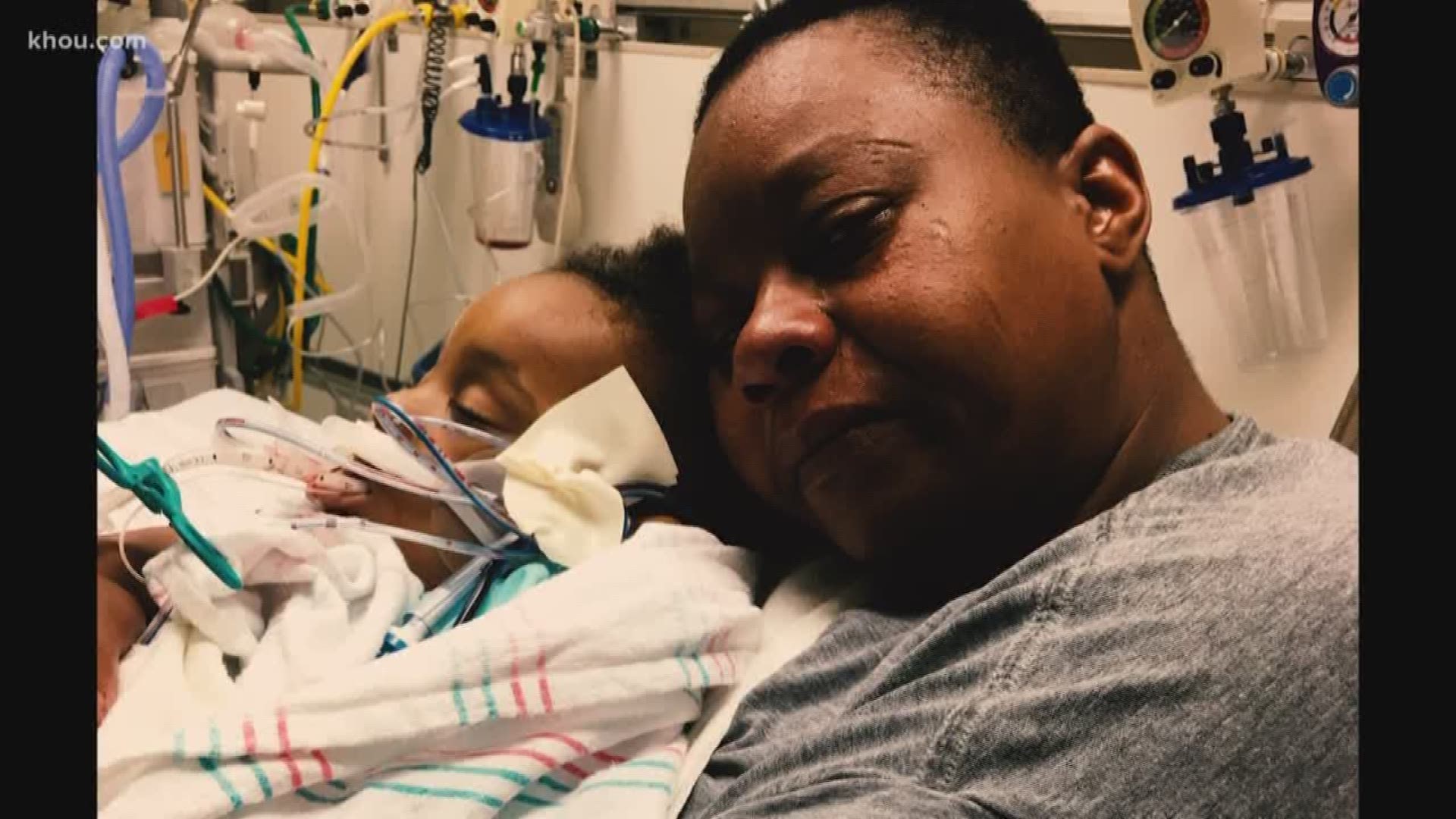 Editor's Note: This story contains details and photos that some readers may find disturbing. Discretion is advised. This story was updated Oct. 3 with a response from CPS.

HOUSTON — Mikisha Vaughn can’t help but smile when she looks at videos of her 3-year-old granddaughter.

A’lona “Halo” Williams was always laughing, always willing to play or watch her grandmother cook, Vaughn said. But early last year, Vaughn noticed something was wrong: she saw signs that her granddaughter was being abused.

“It just got worse and worse,” Vaughn said.

In January 2018, Vaughn said, Halo showed up at her house wearing a splint. Vaughn said Halo’s mother told her it was from a trampoline accident. But Vaughn didn’t buy it.

“The bruise was too bad, and her arm was swollen all the way up,” Vaughn said.

And, she said, those were just the beginning of Halo’s injuries: “Her eye, her back, her leg, a lot of random places.”

Vaughn said she started calling Child Protective Services, but she kept getting an answering machine. She said she left messages: “Emergency. 911. You told me to call. I’m calling. Respond.”

But the agency didn’t act fast enough, according to Vaughn

Halo died in June 2018—with Vaughn holding her close as she said goodbye.

In March, Vaughn said Halo was covered in scratches, bruises and what appeared to be belt marks. Vaughn said her daughter told her that a live-in boyfriend had given the girl "whoppings."

In April, Halo was taken to the hospital with a knot the size of a lemon on her head. Her mother claimed she hit her head on a slide at the park.

Then in June, Vaughn got a phone call from her daughter that she will never forget: Halo was in the emergency room. Vaughn raced to the hospital. She said her daughter wasn’t there.

“They were trying to save her. They were asking me a lot of stuff, ‘What had happened and where was I?’ I told them, ‘I was at home and got a call.’ They told me, ‘You want us to do what we can?’  I said, ‘I want you to do everything,’” Vaughn said.

Credit: Courtesy Mikisha Vaughn
Mikisha stayed with her granddaughter Halo in the hospital until the very end.

Halo was fighting. But Vaughn ultimately made the decision to take Halo off life support. She stayed by her granddaughter’s side until she drew her last breath.

Medical examiners ruled Halo’s death a homicide, according to the Harris County Institute of Forensic Sciences.

The doctor also reported there was severe damage to Halo's intestines. Her stomach was full of blood. Halo’s mother claimed it was from a car accident, but doctors said the injuries appeared to be from something far worse.

CPS got involved in January 2018 when Halo went to the hospital with a broken arm, according to court documents obtained by KHOU 11 Investigates.

Three months later, Halo's mother and CPS agreed to have Halo and her two brothers placed with her boyfriend's parents, according to documents. They both have criminal records, including burglary and assault charges. That goes against one of CPS’ policies. They also allowed Halo's mom—Vaughn’s daughter—to see the kids unsupervised after she was told not to.

According to the Texas Department of Family and Protective Services Parental Child Safety Placement (PCSP) Resource Guide, a child should not be placed in the home of any individual with a criminal conviction unless there is a safety evaluation and approval from the police department.

Credit: KHOU
In June 2018, Mikisha Vaughn got a phone call she'll never forget: her granddaughter A’lona “Halo” Williams was in the hospital fighting for her life.

“All my hoofing and calling and everything, I feel like, 'why’”, Vaughn said.

Kathyrn Sibley, the Department of Family and Protective Services lead fatalities analyst, said she can't comment on the specifics of Halo's case, but said criminal histories are checked before placing children.

"DFPS is able to run an investigative check on criminal history, as well as CPS history," Sibley said. "What we do rely on in able to do that is that we have the correct and accurate information of who that person is and we're able to run it."

It wasn’t just Vaughn raising a red flag about Halo. According to legal documents, an expert on abuse at Texas Children's Hospital said she called CPS three times to tell them she felt Halo was being abused. Records show CPS was actively investigating. But Vaughn said it was too late for Halo.

“You are supposed to do something before, not after,” Vaughn said.

The Houston Police Department is investigating Halo's case as a possible homicide.

Attorney Mike Craig was appointed by the court to represent Halo's two brothers in custody proceedings after she died.

Craig said CPS is trying to put them in foster care—a move that may have saved Halo.

“The first thing that comes to my mind is that it (Halo’s death) was completely preventable. It's clear that the system failed this vulnerable, defenseless child,” Craig said. “It (CPS) failed at intake. It failed at placement. The proper action did not take place in time to save this kid's life.

“In my opinion, they should have filed a lawsuit to have these children removed immediately.”

We requested an interview with CPS, but they refused stating they would not be doing any interviews about fatal investigations. The organization did, however, tell us that they handed over their reports to the Houston Police Department on June 23, 2018.

The Houston Police Department has confirmed the case has been assigned to its homicide division.

CPS currently has custody of Halo’s brothers, but they have been living with Vaughn since March. She wants permanent custody.

“They deserve to be here, where they can be protected and loved,” Vaughn said.

Credit: KHOU
Attorney Katie Flynn (left) said there was a breakdown in the CPS system that failed A’lona “Halo” Williams.

Her lawyer, Katie Flynn, is doing what she can to help make that that happen.

“There’s a breakdown somewhere. We are seeing a lot of lack of action by CPS, where serious allegations are being called in and they are not removing these kids but seeking to take temporary custody of these kids until it reaches a point, like A’lona, and someone ends up dead,” Flynn said.

Flynn said CPS failed Halo, and if her brothers aren’t placed with their grandmother, the system will fail them, too.

“Honestly, what’s the point anymore if we can’t get kids to a place where they are happy and stable,” Flynn said.