The Federal Trade Commission says that in 2019, Americans reported paying out $667 million to this scam. 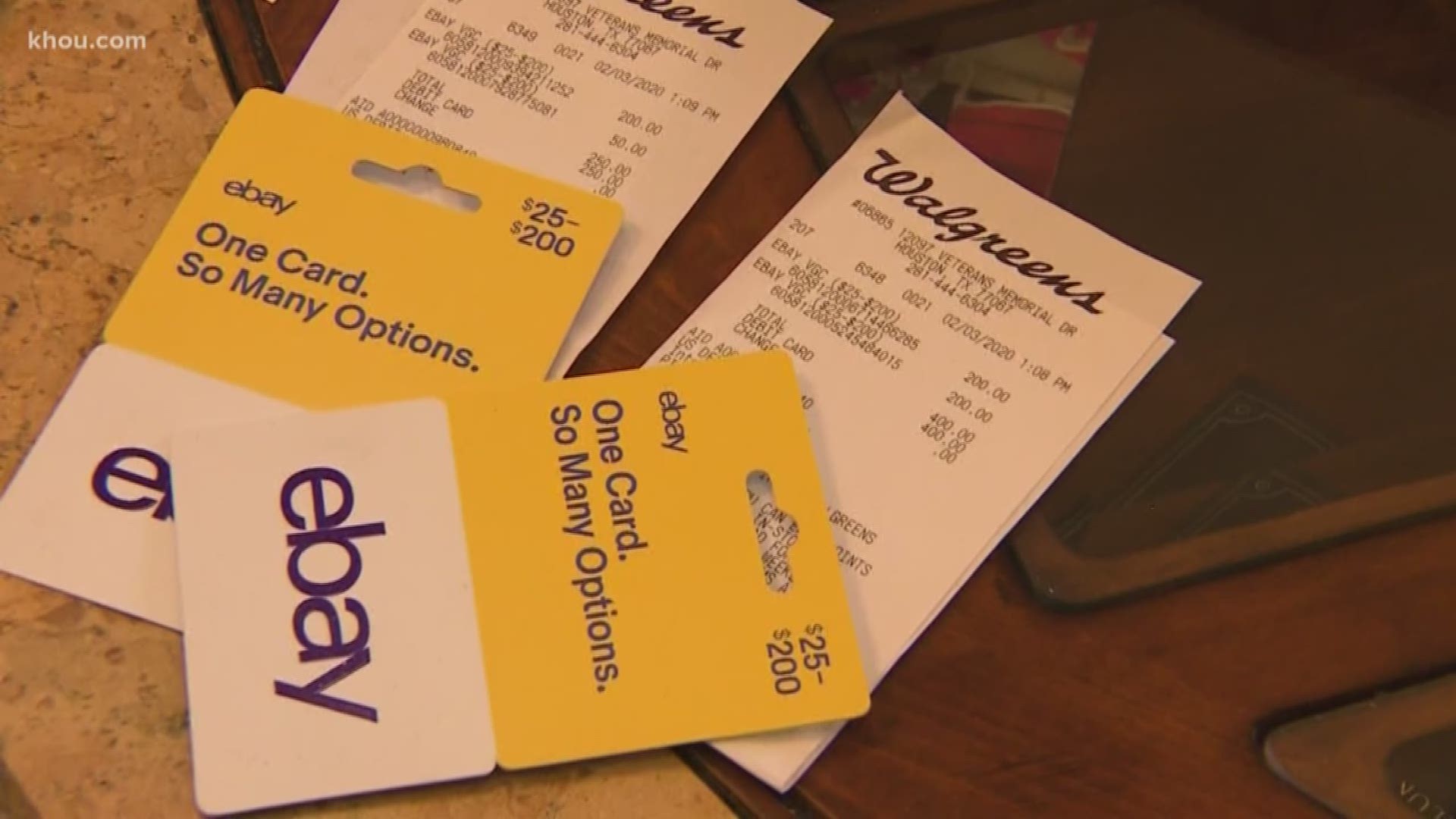 HOUSTON — Scammers operating under the guise of two well-known companies are stealing money from even consumers who consider themselves skeptics.

“When it first happened, I was livid. I was crazy. I was like, how could this happen to me,” Rogers said.

Karen Rogers bought $650 worth of eBay gift cards. But she can't use any of them.

“Oh. I am really, really upset. I am very, very upset,” Rogers said.

Rogers said she got a text message appearing to be a promotion from AT&T.

When she called the number on the screen Rogers got the sales pitch, pay your cable bill six months in advance and get access to every channel at a discounted rate for two years.

“He said they were partnering with eBay and that was their finance person and that I would pay out with eBay cards,” Rogers said.

Credit: KHOU
When she called the number on the screen Rogers got the sales pitch, pay your cable bill six months in advance and get access to every channel at a discounted rate for two years.

Rogers said the man gave her another number to call once she purchased the gift cards.

“She said, OK, great, everything looks good. And she said you are now covered by the promotion, and I went on my way,” Rogers said.

But then, Rogers got another text alerting her that there was an error in the transaction and that she should call back.

“He said, well, you're going to have to replace those cards. But when you get the other cards, then we will take those cards and then you will be reimbursed for the bad cards that you got through eBay. That's when I realized that something sounded really suspicious,” Rogers said.

Rogers said when she refused, the man threatened to cut her cable service.

Desperate for a refund, she kept calling back. But then, she said, the scammers blocked her.

“It sounds so legitimate to hear that recording. Welcome to AT&T. I mean, who wouldn't fall for that,” Rogers said.

Rogers isn’t the only one who has fallen for this kind of imposter scam. The Federal Trade Commission says that in 2019, Americans reported paying out $667 million.

This scam has sucked in enough people that both AT&T and eBay are aware of it. Their websites lay out how it works and what to look for.

Rogers said she usually has her guard up. But now she knows she can never be too sure.

The FTC warns consumers, a legitimate company will never ask them to make a payment with a prepaid card.