KHOU 11 Investigates crunched the numbers and learned the economic impact from the pandemic was strikingly similar to Hurricane Ike. 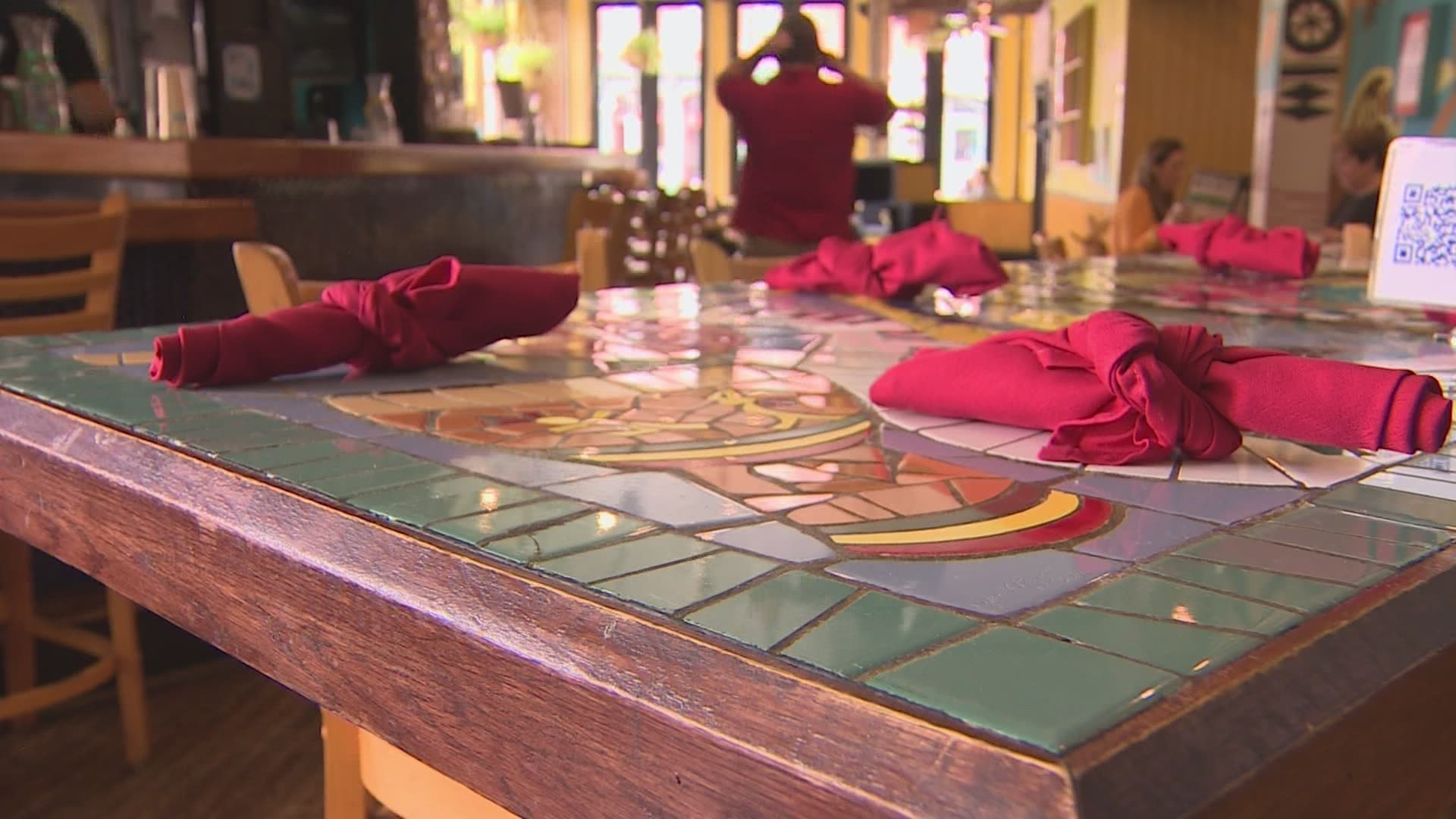 GALVESTON, Texas — Galveston has seen its fair share of storms, but a pandemic is one it did not see coming. More than 30 conventions and events were canceled last year, people were laid off and tourism was nearly non-existent.

The economy took a big hit.

One year later, business is back. But the Island’s future faces a new fate, finding workers.

KHOU 11 Investigates crunched the numbers and learned the economic impact from the pandemic was strikingly similar to Hurricane Ike.

“The ones that you do remember are the ones you want to forget. I never believed in my life that I would see that much water in my town,” longtime Galveston business owner Mike Dean said.

“It was pretty traumatic, the mud, all the inventory was ruined,” Gracie Bassett of Gracie’s on the Strand said.

Hurricane Ike slammed into the Island more than a decade ago, but the memories are fresh. Galveston business owners say it was the last time their bottom lines took a hard hit. That is until last year, when they were forced to reckon with an unprecedented storm, COVID-19.

“It’s the worst thing I’ve ever experienced in my adult life. It’s the fear of not knowing,” Dean said.

Dean owns several businesses on the Strand. During the pandemic shutdown, he had to find creative ways to keep customers on deck. Dean relied on that income to pay some 150 employees. He carried that weight every day.

“There’s a lot of emotions, frustration and anger and sadness,” Dean said.

Those feelings were felt by business owners along the Island.

Gracie Bassett, the namesake of Gracie’s on the Strand, a retail boutique, said her family turned to social media and relied on a loyal customer base to keep the cash coming in.

“We were working 10 times harder for a fraction of what was normal in terms of sales. I remember my mom and I would drive around the Island for up to two hours every night just delivering gifts to people’s porches. I can’t tell you how many boxes of puzzles we got in as soon as we could. And, paint kits. People were wanting anything they could do at home,” Bassett said.

Their infrastructure was not destroyed, but tourism, a key economic driver for Galveston, was losing steam.

In April, a statewide shutdown and travel restrictions resulted in a 26% loss in sales tax revenue for the City of Galveston.

According to data from the Texas Workforce Commission, Galveston ended the year (2020) with an unemployment rate of 8.2%. That’s double the rate (4%) at the beginning of the year.

Dr. Jim Lee, an economics professor at Texas A&M Corpus Christi, who has studied the impact of the pandemic on Texas coastal communities, said it was the biggest surge since Hurricane Ike.

But the tide is turning. Thanks, in part, Dr. Lee says to leisure travel. People are looking for opportunities to enjoy the outdoors, and Galveston has a lot to offer.

“That’s also a reason why it’s bouncing back more quickly than, I would say, other neighborhoods and communities,” Dr. Lee said.

By the end of last year, it had gained back all but 3% of jobs lost during the pandemic. Dr. Lee says it is the biggest economic comeback he has seen along the Texas coast.

“I’ve never seen anything like this. If you asked me if there was an economic theory to explain this, I would say, no, “Dr. Lee said.

But the good news also comes with a unique set of challenges for business owners, finding people to fill open positions.

Danny Hart with Galveston Restaurant Group, which owns eight restaurants on the Island, knows that firsthand. Hart estimates his restaurant group has 25 openings. He said that amounts to about 25% of his workforce.

“Everything from busboys, all the way up to managers and general managers,” Hart said.

He is hopeful college students looking for jobs will apply, and he is working adding incentives to get them in the door.

“If you want to work and you get a good job, especially in the (restaurant) industry in Galveston right now, you can make great money,“ Hart said.

Dr. Lee said coastal communities are banking on it.

“This should be a very strong comeback, depending on how well we can get our workforce back to business. This is going to be the most critical element for our recovery,” Dr. Lee said.