State Representative Jarvis Johnson said he was angry after learning Houston residents were still paying money to a non-existent HOA. 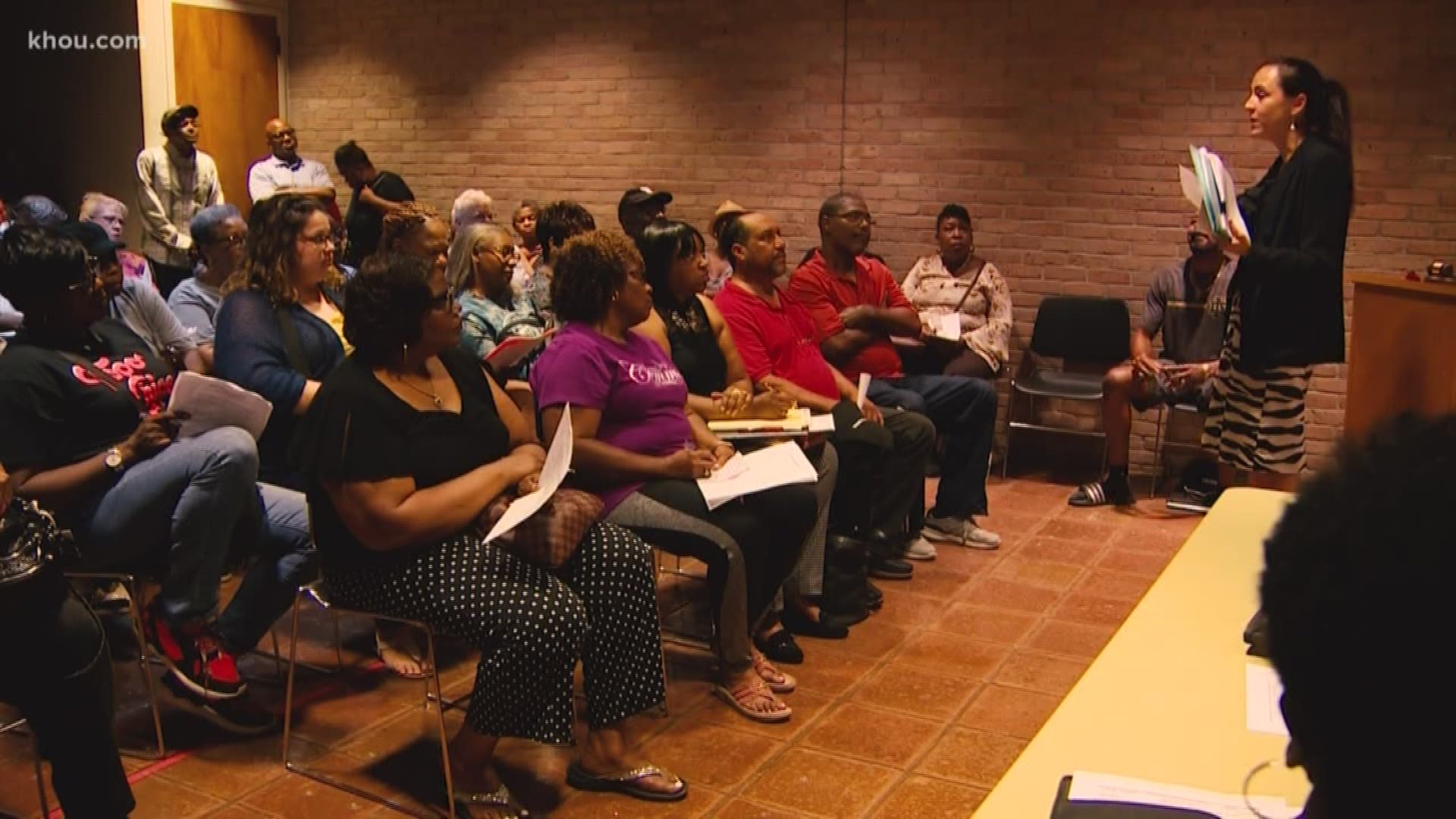 There could soon be changes to the way homeowners associations operate in Texas.

After KHOU 11 Investigates uncovered hundreds of people were paying dues to an HOA that did not exist, one lawmaker is making it his business to better protect people’s investments.

The idea could help some property owners fighting to take back their neighborhood.

On June 20, more than 40 homeowners from Inwood Forest Village, a subdivision located in Acres Homes, attended the first official HOA meeting in over a decade. It was their chance to be heard and get new information about their neighborhood.

They said the neighborhood pool has been closed for at least 10 years. There is overgrown grass throughout the community and bulky trash sits at curb sides for weeks.

The HOA is managed by Tejas Capital Management. The company is run by Ronald Cochran, according to records with the Texas Secretary of State.

Residents said Cochran has been collecting their dues for years. But in April, KHOU discovered that HOA was involuntarily dissolved in 2007.

Since then, several homeowners have been actively trying take back their neighborhood. Audrey Hutcherson is one of them.

“Right now, Ron is collecting money from all of us, whether we like it or not,” Hutcherson said.

Credit: KHOU
Residents of the Inwood Forest Village attended their first HOA meeting in over a decade on June 20, 2019.

Several homeowners requested financial records from Cochran in April, which they are legally allowed to see. But they said, so far, they have not heard back. (KHOU has also made several attempts to contact Cochran, but have not heard back from him, either.)

Attorney Sarah Gerdes is helping the homeowners. She said they must first elect of a new board of directors.

“Texas Property Code says that every three years a new board of directors has to be elected or they are expired. You all have not had a meeting since 2012. So, all five positions are open for election,” Gerdes said.

But as soon as Gerdes opened the floor for nominations, her efforts were met by years of frustration and disappointment over the defunct HOA.

“So, you are going to force us to vote for people we don’t know,” one homeowner said.

“The way they went about it is just completely wrong. What they should have done was to notify each member or homeowner in our subdivision first. Everyone is upset because they are trying to cram it down our throats,” homeowner Anita Hamilton said.

The homeowners were eventually able to work out their differences, but they have not yet officially elected a new board.

“I think we have won over some neighbors. Hopefully they will spread the word to the others,” homeowner Shirlene McNeil said.

Gerdes, their attorney, said that is a critical step in firing Tejas Capital Management. But it appears Cochran is not letting go so easily. Ten days after KHOU aired a story about the homeowners’ concerns, he filed paperwork with the Secretary of State's Office to make the association status active again.

“That’s a basic document that he filed with the Secretary of State, wherein he listed the directors from 2010 to 2012. It wasn’t properly filled out to begin with,” Gerdes said. “We will pursue Mr. Cochran if he continues to do work on behalf of the association.”

“What he is doing now, and the fact that he is being so elusive, I don't understand it,” Hamilton said.

Part of the problem is Texas doesn't have any laws that regulate HOAs.

But that may soon change.

Credit: KHOU
State Rep. Jarvis Johnson (D-Houston) hopes to pass a new law that would require HOAs and property management companies to be more transparent, so that what happened at the Inwood Forest Village HOA doesn't happen to others.

“I have never seen anything this extreme. I think this is the most egregious thing I've ever seen from a management company,” Johnson said. “These residents were not protected at all.”

Johnson said he plans to create legislation that would require HOAs and their management companies to be more transparent.

“Since this story aired, I actually talked to my staff about making sure that if a homeowners association is dissolved, which it happens often, that notification must be sent out to every homeowner so that they understand your protections are no longer in place,” Johnson said.

Johnson said the HOA itself would be responsible for sending out letters to homeowners informing them of any changes.

It is something Inwood Forest Village homeowners said may have protected their properties and their wallets.

“We are concerned just like all the other neighbors and we want to make changes for all subdivisions,” McNeil said.