Exxon was ordered to pay nearly $20 million in fines for Clean Air Act violations. Exxon appealed that decision and the suit is still pending. 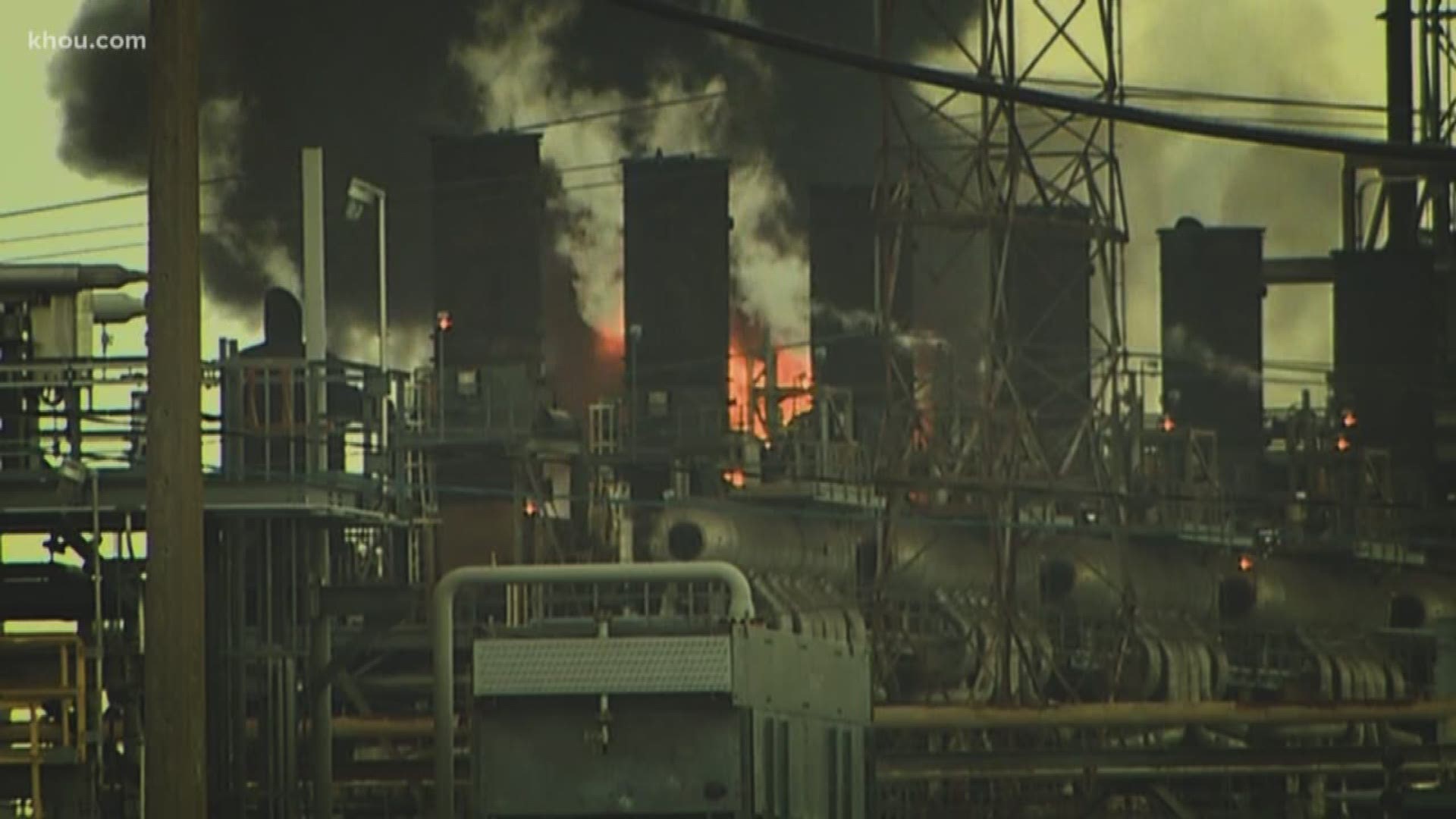 BAYTOWN, Texas — The ExxonMobil Baytown Complex, where a fire began burning Wednesday morning, has a history of lengthy history of violations – environmental violations, injured employees and millions of dollars in fines from governmental and environmental agencies, KHOU 11 Investigates has learned.

It’s unknown what caused Wednesday’s fire. An investigation is underway, but it will take time to determine if there are any violations from the explosion.

It is known, however, that 37 people were injured in the fire.

It adds to a long list of injuries at the company’s Baytown complex, according to court and Occupational Safety and Health Administration records.

No one hurt seriously Wednesday.

But, in the past three years, five people were injured at the Baytown Complex, records obtained from OSHA show. Four workers were burned, and another lost a finger.

In addition, in the past 10 years, OSHA has fined Exxon’s Baytown complex $40,000 for eight safety violations, seven serious.

Other safety violations and injuries at the Baytown Complex are detailed in several lawsuits filed by at least 15 employees or contractors over the past 10 years.

The injuries ranged from benzene exposure to electrocutions and multiple injuries during explosions and fire evacuations, according to Harris County court records.

The details of the lawsuits include:

None of the cases went to trial, and no settlements were disclosed in court records.

The company has been fined, however, in multiple environmental lawsuits and cases.

In 2010, the Sierra Club, a national environmental organization, sued Exxon from expanding its Baytown facility because of its history of pollution violations.

Exxon was ordered to pay nearly $20 million in fines for Clean Air Act violations after a judge agreed that the company spent more than 16,000 in violation of the Clean Air Act. Exxon appealed that decision and the suit is still pending.

Other governmental agencies have sued Exxon over the Baytown Complex.

A lawsuit filed by Harris County in March accused Exxon of releasing multiple air pollutants, including benzene and not doing enough to protect the public.

That case is still pending. But it’s not the first time the county has sued Exxon over its Baytown Complex.

In 2013, the company was ordered to pay more than $400,000 in fines for excessive air pollution at its Olefins plant and failing to report it.

In addition, the Olefins plant on Decker Road has been fined 22 times by the Texas Commission on Environmental Quality (TCEQ) in the past 10 years. It’s paid nearly $1 million in fines.

Nearly half a million dollars came from a 2009 fine. In that case, TCEQ said the plant failed to prevent unauthorized emissions from a number of its Baytown plants, according to documents obtained by KHOU 11 Investigates.

Some of those units released chemicals such as ammonia and carbon monoxide into the air.

In the past five years, the Environmental Protection Agency has cited the plant for high-risk violations for breaching the Clean Air Act.

Those violations cost the plant just under $20,000.