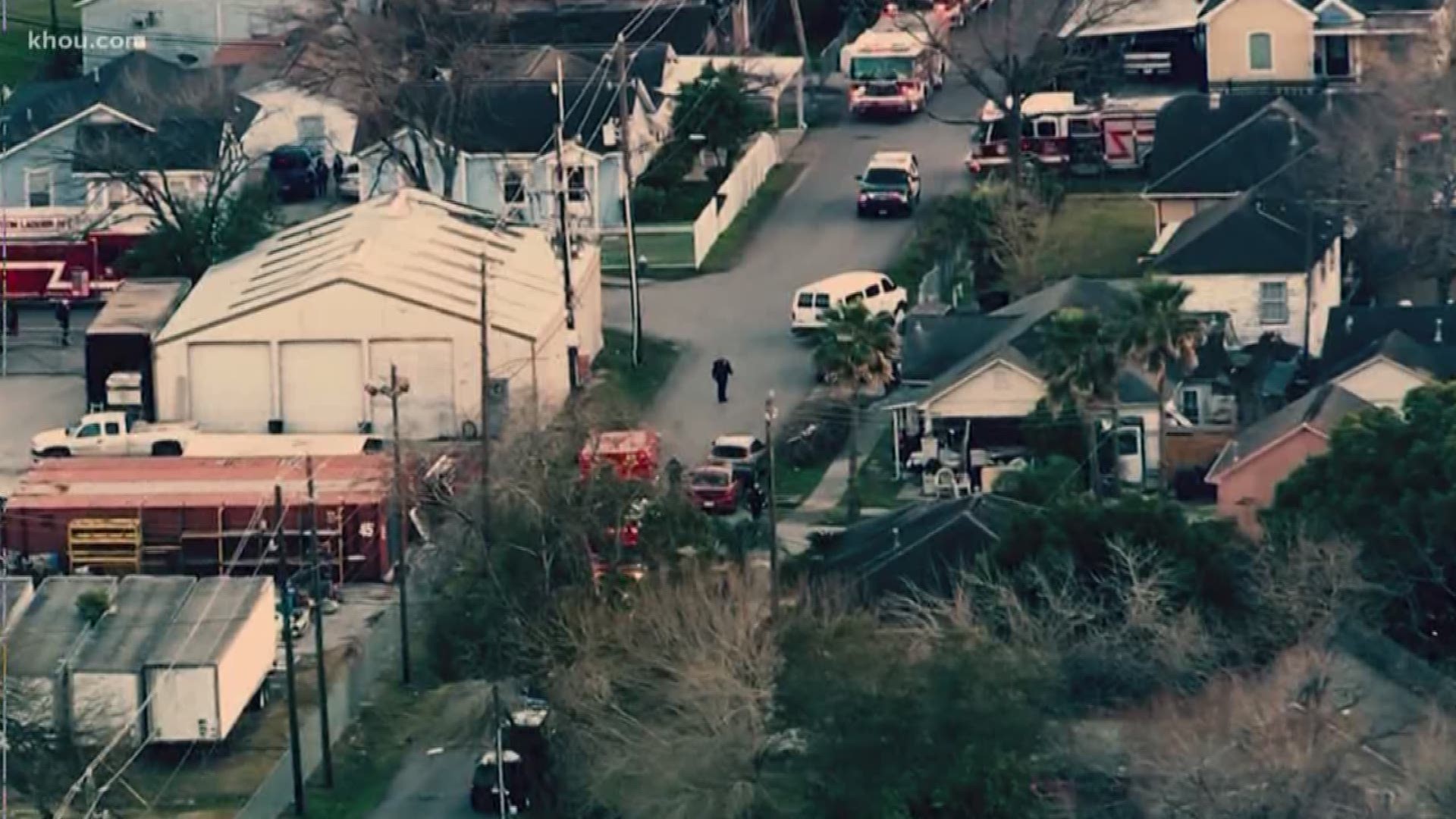 HOUSTON — A veteran Houston police narcotics detective has been temporarily relieved of duty due to ongoing questions about his role in last week’s raid that ended in a deadly shootout between two suspects and police.

A department spokesperson confirmed that the senior police officer, who joined the department in 1996, must temporarily surrender his badge pending the outcome of an internal affairs investigation. KHOU isn't naming the officer because he works undercover.

“We certainly don’t want anyone to read too far into this,” said Joe Gamaldi, president of the Houston Police Officer’s Union. “There are officers that get relieved of duty and then come back to work with no discipline whatsoever.”

It is unclear what role the officer played in the raid, but three law enforcement sources say this officer is listed on the warrant. However, he did not write the warrant and is not the case agent who led the raid.

According to three law enforcement sources, one focus of the investigation is about the validity of a purported controlled buy of suspected heroin in the 7800 block of Harding Street in southeast Houston. In a search warrant affidavit, the case agent wrote that a confidential informant purchased a brown powder substance known as “boy,” the street term for heroin, on Jan. 27.

The following day, police executed that warrant and engaged in a shootout with Dennis Tuttle and Rhogena Nicholas.

Houston Police Chief Art Acevedo later said no heroin was recovered from the residence, but small amounts of marijuana and cocaine were found inside the home.

RELATED: Chief Acevedo: No truth to these ‘crazy conspiracy theories’

Acevedo has ordered detectives to interview those confidential informants to determine if their story checks out with the information listed on the warrant, according to a high-ranking law enforcement source who did not want to be named because of the ongoing investigation.

Reached by phone, Acevedo would not comment on specifics of the internal probe, but continued to pledge transparency and commitment to finding the truth.

“We are not going to leave any stone unturned to get to the good, the bad and the ugly,” Acevedo said. “And when the investigation is completed, we will report back to the community our findings.”

Contrary to rumors spread on social media, both the chief and the police union maintain that investigators executed the warrant at the correct house and that the location was not chosen at random. They cite a 911 call made Jan. 8 from an anonymous woman who claimed her daughter was doing drugs inside the home with a large number of weapons inside.

The case agent on the warrant remains hospitalized with a gunshot wound to the face and is unable to speak.

"Until we speak to the case agent, I think it would be impossible for anyone to draw any conclusions about another officer being relieved of duty," Gamaldi said.

“Our Civil Rights Division prosecutors are currently working with the Houston Police Department’s special investigation team to look at every aspect of this incident,” Ogg said. “As is our policy, every shooting by a police officer — in every instance — is presented to a grand jury to determine if any criminal charges are warranted.”